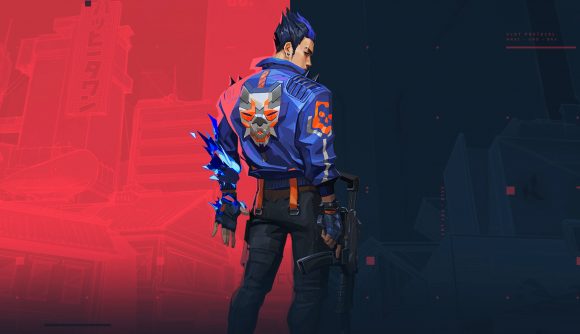 Poor Yoru. The reality-ripping duelist has been in the gutter for a long time now, with Riot Games vowing to pull him out of it with a hefty rework in Episode 4, Act 2. Today, the studio has published the second instalment of Yoru’s dedicated ‘State of the Agents’ update, which goes into greater depth on some of the changes mentioned in December’s check-in.

Discussing the changes, producer John ‘RiotMEMEMEMEME’ Gosicki and game designer Ryan Cousart detail huge revisions to Yoru’s kit which weren’t quite ready to be shared at the end of last year – beginning with the new visuals for (C) Fakeout. We already knew from December’s post that Fakeout will now create a carbon copy of Yoru, which winds up, explodes, and debuffs enemies when shot.

According to the devs in this latest update, Yoru’s allies will see a smoky, rifty shifty version of the agent’s decoy, whereas enemies will see an identical copy of him. Additionally, they say that “when the copy is shot, it faces the direction of the person that fired the shot and flashes towards their position in a conal direction” – spooky.

As for Yoru’s (X) Dimensional Drift, there are a slew of changes on the horizon. Here’s the summary:

According to the devs, the main goals with Yoru’s ultimate ability revolve around removing some of the “unintended play patterns” its current iteration has thrown up, while giving players opportunities while invisible to “take in the state of the map and mastermind a play”.

Needless to say, we’re excited to see how Yoru turns out when Riot eventually take him out of the oven, but for now there’s still several more weeks on the timer. In the meantime, check out our Valorant tier list to find out which agents you should be playing until Stealthboi’s rework is ready.