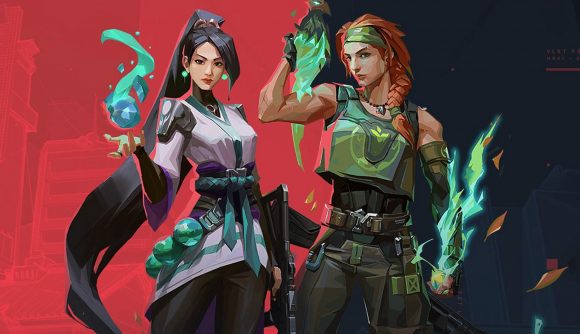 September 7, 2021 This article has been updated with a quote from Riot’s Vera Wienken.

Riot Games has revealed that its Game Changers tournament series in the Valorant Champions Tour, which shines the spotlight onto the top women in the Valorant competitive scene and gives them a safe space to compete, is expanding.

Having been well-received in four regions of the Valorant Champions Tour (North America, Southeast Asia, Brazil, and Latin America), Game Changers will now be descending upon the EMEA region, which covers Europe, CIS, the Middle East, and Africa. As one of the biggest regions in the VCT, EMEA will get three separate Game Changers events over the next three months.

The first, starting in late September, will be an open qualifier event involving 64 all-women Valorant teams. A $20,000 prize pool is up for grabs, and the only barrier to entry is that players must be Platinum 1 or higher in the Valorant ranks. A similar, $20,000 tournament will follow in late October, but this will allow mixed-gender teams. The only restriction here is that at least three of the five players on a team must be women.

The final tournament in November is the big one, with $50,000 on the line. Riot says that more information about this tournament will be given at a later date.

Here is the schedule for VCT Game Changers EMEA tournaments:

Game Changers has been extremely successful in championing women in competitive Valorant, and has resulted in several major organisations – particularly in North America – building and fielding either co-ed or all-women rosters. TSM, Cloud9, and Dignitas are just a few big names to have women’s teams.

WE ARE THE #VCT GAME CHANGERS.
WE ARE HERE TO STAY, WE ARE #HERETOSLAY.

By bringing Game Changers to yet another region, there is hope that some of the big teams in EMEA could follow suit.

Riot Games’ senior brand manager and lead for the Game Changers programme in EMEA, Vera Wienken, tells The Loadout that organisations in the region are “extremely excited” about this prospect.

“Since the very early stages of Game Changers EMEA, we wanted to keep in close contact with the big EMEA Valorant esports teams, some of which are extremely excited to join us on this journey,” Wienken says. “With this year’s tournament series, we wanted to provide a clear setting that will provide these teams with the opportunity to think about long term roster plans.

“There are very talented women within the Valorant community, which we hope can get the support and infrastructure an esports organisation can provide.”

When asked whether any EMEA teams had already expressed an interest in fielding rosters in Game Changers events, Wienken declined to share specifics. She did however say that Riot is “very excited about the positive feedback we received from organisations for the overall tournament series” and that “it’s probably worth keeping an eye out for announcements in the upcoming weeks.”

If you’re interested in competing in VCT Game Changers events, more information can be found here.