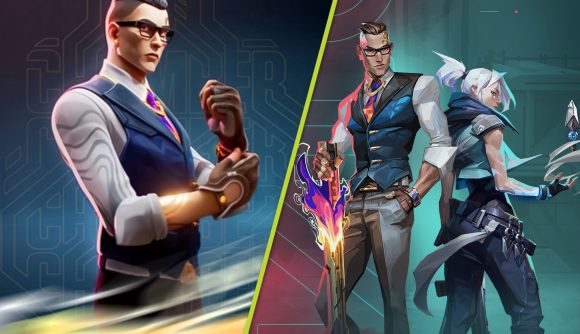 Valorant update 4.09 is almost here, and we’ve got some official patch notes to dig into. The headline change comes in the form of a significant nerf to the incredibly popular Chamber, who will now only be able to hold and use one of his Trademark traps, rather than two, in an attempt to make him less effective at holding down sites.

As well as only being able to use one trap – a change that was confirmed last week during a Reddit AMA with Valorant developers – the cost of Chamber’s Trademark ability is being upped from 150 to 200 credits. The audio range for the trap has also been increased. Prior to patch 4.09, Chamber was incredibly good at preventing flanks and site retakes thanks to his traps, which not only detect but lock on and slow enemies that pass near them. In the official Valorant patch notes, Riot’s Jay Watford, lead agent designer, and Dan Hardison, game designer, explain why this has to change.

“Right now, Chamber’s Trademark outperforms other Sentinel tools in both reliability and power, which feels inappropriate given the amount of defensive combat tools Chamber has spread across the rest of his kit. We believe Chamber’s identity is defined by his unique weapons and defensive combat mobility, so we are decreasing his level of global flank protection/information and increasing counterplay on a single premium trap. This means Chamber will have to make a choice based on if he wants to play selfishly around his Trademark, or place it to help his teammates instead.”

The pair also say that when picking Chamber, you should feel like “you’re giving up a strength” in exchange for his “weapon arsenal and disengage” potential.

The French agent has been one of the most popular picks in Valorant Episode 4, and while a Chamber nerf has always been on the cards, there have been worries from those that have tested the change on the PBE that removing one of his traps might be a bit extreme and could seriously hinder his role as a Sentinel.

We’ll know for sure when Valorant patch 4.09 launches later this week, but our Valorant tier list might need a little adjustment…