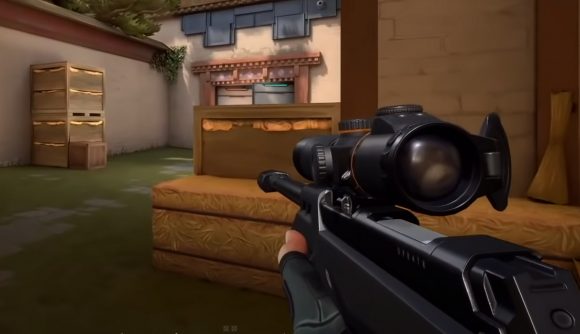 Valorant’s Operator sniper rifle is receiving a number of nerfs in the latest 1.09 patch, making the weapon more expensive and less lethal overall.

Bracing for impact before the changes went live, Riot has been quick to address the community’s concerns about the Operator nerfs in the patch notes. The Operator is so powerful that teams have to plan ahead of time how they will use their utility tools to negate its effectiveness. Riot wants the Operator to still be a powerful weapon, but these changes should stop the sniper rifle from outright dominating the game.

Arguably the biggest change is the weapon’s increased price, which stops the Operator from being purchased as early as round three. Max ‘Orcane’ Grossman, lead agent designer at Riot addresses the weapon’s new price in the patch notes: “The new price point delays the Operator’s appearance and increases the penalty for dying with one in hand. We hope to better balance the risk/reward of using this premium weapon.”

Here are all the changes being made to the Operator in patch 1.09:

These changes also aim to decrease the effectiveness of dry peeking. By altering the values of the dead zone, scoped move speed, firing rate, equip time, and jump land inaccuracy, Riot hopes to increase the counterplay around high-mobility agents using the Operator.

Patch 1.09 is here with Operator nerfs, changes to jump peeking, and updates for Omen, Viper, Reyna, Jett, and Brimstone. Read all about it: https://t.co/I2r4c0atry pic.twitter.com/gqP4u58EMF

The Operator has been one of Valorant’s staple weapons ever since the game launched, and though these changes decrease some of its potency, it’s still going to be purchased every single game.

Check out the Valorant website to see the rest of the 1.09 patch notes, including changes to several agents and a number of important social updates. Worried about balance changes? Check out our Valorant agents tier list to see who’s still firing on all cylinders and brush up on your Valorant ranked knowledge before jumping into your next game.