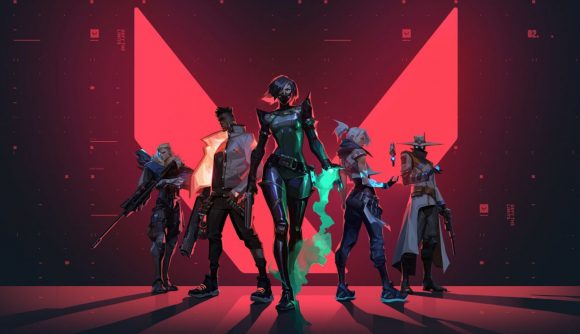 Climbing the Valorant ranks is at the core of Riot Games’ first-person shooter. When the game launched in June 2020, players had to wait three weeks for a ranked mode to be added to the game, despite its appearance in Valorant’s closed beta. Those three weeks have been long forgotten now that Valorant is well over a year old – however, Riot’s initial plans for the competitive FPS would’ve seen players waiting much longer than that, according to the game’s executive producer Anna Donlon.

In a presentation given at a conference hosted by Tencent, the Chinese parent company of Riot Games, Donlon lifts the lid on the early development process and launch strategy of Valorant.

One of the most intriguing insights during Donlon’s speech, which was spotted by ‘ZhugeEX’ on Twitter, was that Riot initially had no intention of launching Valorant with any kind of competitive ranked mode, and believed that some time without it would help the developers better understand its player base.

However, in early playtests involving players familiar with Rainbow Six Siege and Counter-Strike, those trying out the game made it clear the game must launch with a ranked mode, or at least have it very close to launch.

“One of the biggest learnings from them [was that] we could not ship [Valorant] without a ranked system,” Donlon reveals. “It might surprise you to know we hadn’t actually planned to ship with a ranked system. We thought we could learn a little more about our players before shoving them into ranked play, but the expectation for a competitive queue at launch was really really high.”

Donlon also recalls her surprise during a conversation with one player in the play test, who says that it would be fine to not have ranked on launch day, just so long as it’s there around two weeks into the game’s life. This led to the team accelerating its development of Valorant’s ranked system.

Alongside the many other insights into Valorant’s development was Donlon and her team’s reservations and nervousness around its closed beta strategy. While it ended up being a colossal success, with streamers falling in love with the game and attracting enormous audiences thanks to the promise of beta key drops on Twitch, Donlon says the “imperfectly perfect” plan was seen as a gamble.

“Honestly, this particular approach had huge risks,” she explains. “We were already concerned going into the closed beta that we might not have enough players, that maybe there wouldn’t be enough interest, and that this lack of interest could cause long queue times, and those long queue times could damage the overall experience.”

With the promise of a sophisticated ranked mode being a main draw for competitive FPS players, and the success of the streaming strategy playing a huge part in generating early hype, it’s intriguing to see how both aspects became wildly different beasts to how Riot initially planned them.

Valorant’s launch is well in the past, but new bits of information around its unique and enormous introduction to the world continue to trickle out to this day.