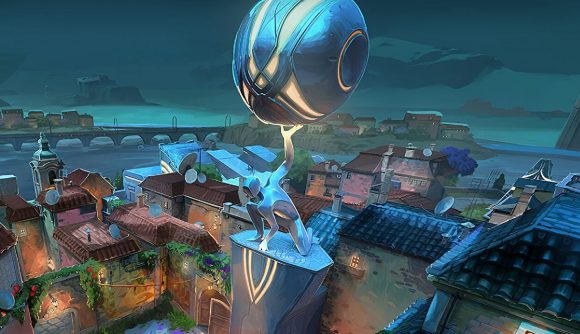 It has been almost a month since Riot added in the latest Valorant map, Pearl, so players have had plenty of time to learn the ropes. However, since it was added to competitive queue on July 12, it’s clear that Pearl has been struggling to settle in, as queue dodging has become a big problem.

Frustration has been aired online over the last few days with Reddit posts and comments on social media expressing frustration at people who have been dodging the map. However, even from those disgruntled players, it seems like they understand why players are dodging Pearl so regularly.

One Reddit post from ‘Lgbarnecraft765’ says that “I personally don’t like the map because of how hard it is to defend A site, but it’s not that bad.” While another comment on a different post says that the map is just “a tad too tight in some areas and some tight angles need to be punishable a little easier.”

That same comment goes on to say that a lot of the issues could be fixed by expanding the map in a similar way to the Garage on Haven, opening up some alleys to allow strafing and maybe even putting windows to shoot through.

Some are more positive on the map, however, with one post saying that “people like to take the easy way out for wins than trying to really test themselves on maps.

With the number of posts over the last few days, it is clear that the issue is becoming a significant one for ranked players.

While many players were unhappy to see Split removed when Pearl was added, players will have to grit their teeth and bear with these queue dodging issues for now as Riot tries to make its seven-map pool for competitive play work. Although, if this issue continues to escalate and more and more players dodge, then we might start to see some real issues with queue times. If that does happen, expect some tweaks in the near future to the map to ensure the health of Valorant ranked.