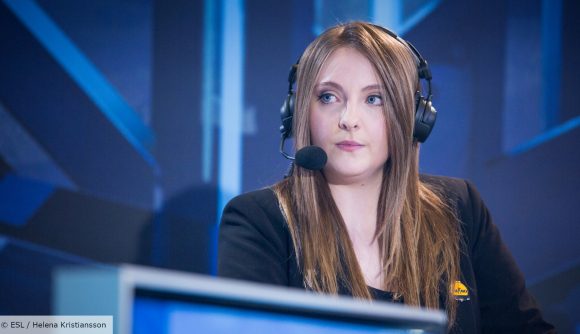 Counter-Strike: Global Offensive players have the natural advantage in Valorant at the moment due to the game’s striking similarities to Valve’s shooter, but it won’t be long before the tides are turned according to various esports experts.

Younger players coming from games like Apex Legends, Overwatch, and other games where abilities are frequently used will help create and adapt the meta for Riot Games’ tactical shooter according to the likes of Lauren ‘pansy’ Scott, Henry ‘HenryG’ Greer, and Matt ‘Mr X’ Morello, who all discussed the game in Scott ‘SirScoots’ Smith’s Twitch show, Do Not Peek.

“CS:GO players are obviously taking the lead because they know the fundamentals,” Pansy says when asked about the competitive scene. “You know how to run these rounds, you know how to do set executes – it’s very, very easy to fit into that role. Eventually though I think we’re going to start seeing a jumble of players finding a way to kind of counteract that because it’s not Counter-Strike. You’ll eventually hit a team or a player who can outdo you – they can use all the wizards and spells shit.”

This is something HenryG agrees with. The caster who claimed Valorant is the best game he’s played since CS:GO when he got his hands on it in early access, says being a natural FPS player isn’t enough in closed beta based on his experience.

“Anyone who wasn’t a natural FPS player, we smashed them, but as soon as we played against a team that had played Valorant a lot and understood the mechanics of each agent, they dominated us,” he says. “As CS players we won three out of four games but the moment we played against a team who knew how to use the agents correctly, we dropped off in skill dramatically.”

But this has happened before. When Overwatch first launched five years ago, there was an influx of Team Fortress 2 players who excelled at the game. But as more content was added to the game, the skill ceiling became much higher and the competitive scene became much more diverse.

“I think it’ll probably play out like Overwatch did at the beginning where you had a lot of players from TF2 that came over and did really well right away because it was really similar,” Mr X adds. “But then as more maps got played and the esports structure was better, people from all these games started to rise up.

“The Counter-Strike players have a huge advantage right now because of how the game plays mechanically but once you get some of these younger Apex kids and the tier two of Overwatch, and they get a month or two of the grind underneath them, I’m sure you’ll see them catch up really, really fast.”

And it’s already happening. Natural FPS players jumping into the game for the first time in the later stages of the closed beta have described finding it difficult. Many of the game’s core players now have a basic understanding of the workings of at least one agent, making them ten times more a threat than they ever were with just a gun.

Either way, it’ll be interesting to see how the esports scene develops based on the game’s upcoming ranked mode.