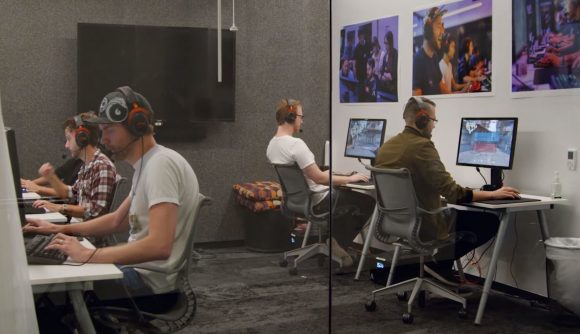 Riot Games hasn’t shared much on its tactical first-person shooter code named Project A. The game was announced as part of the publisher’s 10th anniversary celebrations but since then news on the shooter has been kept under lock and key – until now.

It seems Riot has been showing off the game to a few select individuals including Counter-Strike: Global Offensive caster Henry ‘HenryG Greer, who shared some of his first impressions on Twitter (via Polygon). According to the caster, who’s described it as “the best game I have played since CS:GO”, the game feels similar to Valve’s iconic shooter. It has round-based games with five-on-five combat, two bomb sites, and an attack and a defence side which switched at half time.

Of course, this sounds similar to CS:GO, but Project A also has hero-based abilities similar to those found in Overwatch and Apex Legends. You can buy the abilities at the start of a round, much like weapons and utility in CS:GO, according to HenryG.

But don’t worry if you’re not a fan of outlandish abilities that can swing the match in favour of one team in a second. HenryG says the gun mechanics in Project A are “super slick and satisfying” which fits with what Riot’s CEO told us last year. Each weapon has its own unique spray pattern and method for approach, with most primary weapons dealing a fatal blow with a headshot. The abilities, according to HenryG, are there to “isolate your opponent to buy space” rather than stop them in their tracks.

Hello! Strap yourself in. I had the chance to spend a day playing #ProjectA at Riot EU. Today, I’m allowed to share some of my initial thoughts and impressions. Please bear with me, I can’t go into too much detail about the specifics of a lot of the gameplay until a later date.

The map design is also similar to CS:GO’s and it’s one of the game’s “most exciting elements” according to the caster. The maps all have different lanes and choke points to get stuck into, which is not surprising given  that Sal ‘Volcano’ Garozzo, an ex-professional Counter-Strike player and map designer is one of the senior game designers working on the title.

Although we still haven’t been shown any new visuals since the announcement last year, HenryG’s thoughts and impressions are an interesting read for anyone who likes traditional shooters. With one of the most experienced game developers behind it, Project A might well surpass CS:GO’s popularity in the very near future.

Read More
Project A will focus on gunplay
Biggest esports games
Who is Shroud?