It wouldn’t be an League of Legends European Championship offseason without a healthy dose of spice. This time round, the region has blessed us with two new entrants into the jungle. The kicker? Both players have swapped from their original roles.

One of the teams which has made such a  change, Fnatic, waved farewell to Oskar ‘Selfmade’ Bodarek in lieu of Gabriël ‘Bwipo’ Rau’s migration to the jungle from the top lane. Furthermore, with the addition of Adam ‘Adam’ Maanane from LFL side Karmine Corp, we are about to see a refreshed iteration of Fnatic heading into the 2021 LEC Summer Split.

Naturally, changes on one part of the map will have an impact on the other roles – especially when it comes to the synergy between the jungle and the bot lane. For carries like Elias ‘Upset’ Lipp, it’s imperative that the jungler and support – the two roles with the most innate influence on the map – work together seamlessly to set him up for success.

We sat down with Upset to learn more about how the roster changes have affected Fnatic’s team dynamic, his learnings from his first split with the team, and how the team has worked to integrate the changes within a month of the LEC returning. 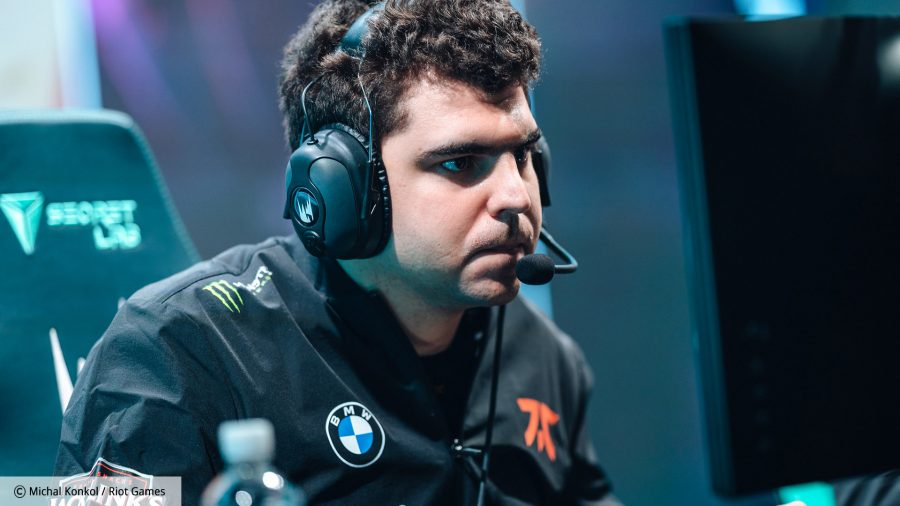 The Loadout: It’s been all change on the top side of the map, so I’m curious to know how working with Bwipo as a jungler differs from working with Selfmade?

Elias ‘Upset’ Lipp: I think it’s been a pretty good decision so far. Thinking about how he’s been performing in scrims, and what he’s bringing to the team, I think he’s been doing a fantastic job. His style of play and general approach to the game suits the jungle really well, because he thinks a lot about how he can help the team, and how he can facilitate them both inside and outside of the game – especially when it comes to teaching players concepts that he might know and we are not aware of.

His style of play suits the jungle really well

And then there’s also the fact to consider that Bwipo and Zdravets ‘Hylissang’ Galabov are very good at playing together, but they didn’t have too much of an opportunity when they were top lane and support. But now they’re jungle and support so they’re much more connected. When compared to Selfmade, I think he just brings a different type of feeling to the team in-game. Selfmade is super talented, but I would say he plays a little bit more for himself. I feel that Bwipo is working a little bit more with Hylissang, and I’m appreciating that.

What are the main qualities Bwipo brings to Fnatic as a jungler as opposed to as a toplaner?

He’s always been really good at fighting champs – he’s very well known for his melee champs in the top lane, and in the jungle there are a lot of similar champs, so that strength is very easy to translate.

Generally he has a very good eye for engages and skirmishes, which is another strength shared between a lot of jungle and top lane champions. His ability to read lane states and understanding of how to be proactive on the map are also being brought to the jungle with more emphasis, just because the nature of the role is much more connected to your team than top lane.

Fnatic’s squad was filled with talent that has been playing in tier one leagues for quite some time, so how has it been incorporating Adam ‘Adam’ Maanane – a rookie – into the team, and where does he differ from what Bwipo brought before?

I would say that his personality is a bit calmer, and it’s bringing in some relaxing vibes. It’s good for the team to have somebody calmer because I talk a lot, Hylissang talks a lot, and Bwipo and Yasin ‘Nisqy’ Dinçer are the same way. So having someone with a more reserved personality is quite a nice fit.

I think he’s on the way to becoming a very good player. He just needs a little bit of time to take the learnings and make his own experiences, but the talent is definitely there from what I’ve seen so far.

I noted some clear similarities in Adam and Bwipo’s champion pools – so who’s the better Renekton?

You can’t make me choose – that’s a lose-lose situation. I plead the fifth! 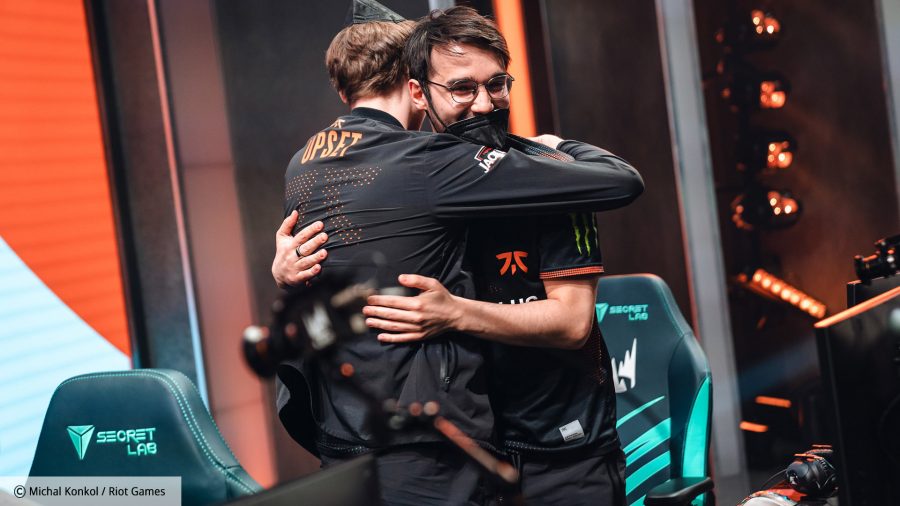 You’ve said that Adam brings these chill vibes to the team, so how are you all getting on together on a personal level?

I enjoyed spending time with my teammates last split already, so it hasn’t been too different. I spend so much time with Hylissang – basically the whole day – because we scrim and duoq together. And we do stuff together with the team, like going out to eat together now that things are opening up again. Or we might work on content ideas together with Pete ‘Swallaspaa’ Nguyen, and we’re having a lot of fun with that as well.

Adam has brought some freshness to the squad

So yeah, it’s been nice getting to know people even more, and bringing in Adam has brought some freshness to the squad, because change often brings in new energy. I’ve been enjoying my time with my teammates.

As you’ve only been together for a short amount of time, how else have you been building synergy on or off the Rift?

Our coach had some exercises for us to build our team synergy. But to be honest I think the foundation was already laid last split. And even though we brought in a new player, I think he’s fitting into the team culture quite well so far. So it’s not like we’re a completely new team.

We don’t have to talk about everything again, because we did a lot of this in Spring – we just continued the conversation on what’s important and what our values are. Just spending time having these conversations is what makes us gel as a team and all come together.

I think it will continue throughout the split when we are truly tested, and faced with more difficult situations when the competition really starts. Because that’s usually when you get to learn more about your teammates and how they deal with certain situations and how you can support them the best way. I’m looking forward to it. 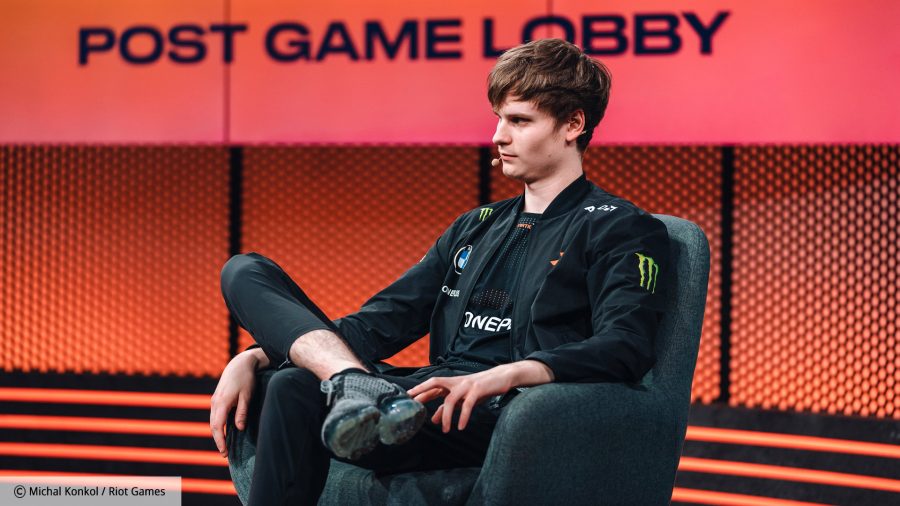 You had a pretty stand-out split in Spring, and the stats speak for themselves – but how do you feel you performed, and what are you’re hoping to bring into Summer.

I feel like I performed very well individually and as a duo, especially working with Hylissang. But obviously, as a team, we were not able to go as far as my ambitions go. So I want to just try to keep a similar level of personal performance, but drive to get the team together outside of the game, and make sure that we feel good and confident going into games.

We were very wild and individually-centred last split

We’ve been working on our team play more, because we were very wild and individually-centred last split, but the talent is there. We just need to make sure we can pull it back when we need to, have a little bit more control, and know when we can take it slow as well so we don’t feel stressed out trying to find fights and plays all the time.

Coming into this split, I just want to try and impact the team in a positive way outside of the game more.

A really positive thing for the team, because Bwipo’s new to the jungle, is that we’ve been very focused on learning together. Instead of having strong opinions clashing all the time, it has been more focused on things like ‘how do we want to play the game?’ ‘What does the jungle role mean to us?’ ‘How do we implement it into the team?’ After all, the jungle role is the role that connects us all in-game, and Bwipo’s the one that shifts the pressure and gives us the opportunity to play.

Our conversations feel a lot more open-minded, and just positive.

Coming into the Summer, we’re pretty much still going to be playing the MSI meta. But I’ve noticed that the LCS and LCK have picked Ezreal up – as a fellow Ezreal player, what are your thoughts on the pick, and are we going to see him start to return to the bot lane more?

I definitely think Ezreal will be played, and I love to play Ezreal – that’s all I can say about that for now. I think the champion is always good when the items he builds make it so that he’s not that easy to kill, but still has good DPS – and I think Divine Sunderer just fits that so well right now, whereas you were much squishier building Essence Reaver before.

So right now the champion feels like Iceborn Gauntlet or Death’s Dance/Trinity Force Ezreal used to, and at this point if you’re good at it you can pick it.