This weekend is a big one for European League of Legends. Both Fnatic and G2 face tricky quarter-final clashes at Worlds 2020 and will have to slog through some seriously formidable opponents to reach this year’s final. An LEC team hasn’t won a Worlds title since Fnatic scooped the very first in 2011, and the general consensus this year is that Europe will be waiting even longer to lift the Summoner’s Cup again.

However, a man who’s had Worlds experience with both teams believes the Europeans could cause an upset. Excel head coach Joey ‘YoungBuck’ Steltenpool, who has taken G2 and Fnatic to two Worlds each previously, recently spoke to The Loadout about the LEC’s finest in Shanghai and why he’s going against the general consensus of a Top Esports vs DAMWON Gaming final.

It’s a bold prediction, but one that the Dutchman is sticking by. And, as a former coach of two of the most formidable teams in Europe, he should know. Here is Youngbuck’s LoL Worlds 2020 analysis and predictions in full.

The Loadout: Fnatic is a team you know very well and you managed to get them to this stage of Worlds last year. Do you think they’ll be able to go one better despite a particularly tough draw against Top Esports?

YoungBuck: If they go in with a winning mindset and they don’t feel like they’re the underdogs, I actually think they have a pretty decent chance. I think in individual skill there isn’t a massive difference and they have great teamwork.

If they play their style – which is where you have an engage support and a tanky top lane – I think they have a pretty solid chance. Normally I’d say it’s 40/60 against Fnatic, but if they play that style I think it’s 50/50, maybe even 60/40.

With exception to Oskar ‘Selfmade’ Boderek, it’s the same roster you coached at Worlds in 2019. As their opponent now in the LEC, have you seen anything different about them over the course of this year, and have they evolved in any way?

I feel like they’re a little different now that Selfmade is there. I think throughout the season they tried to play with more disengage supports and that didn’t really work. Now they’ve returned to actually playing to their players’ strengths. 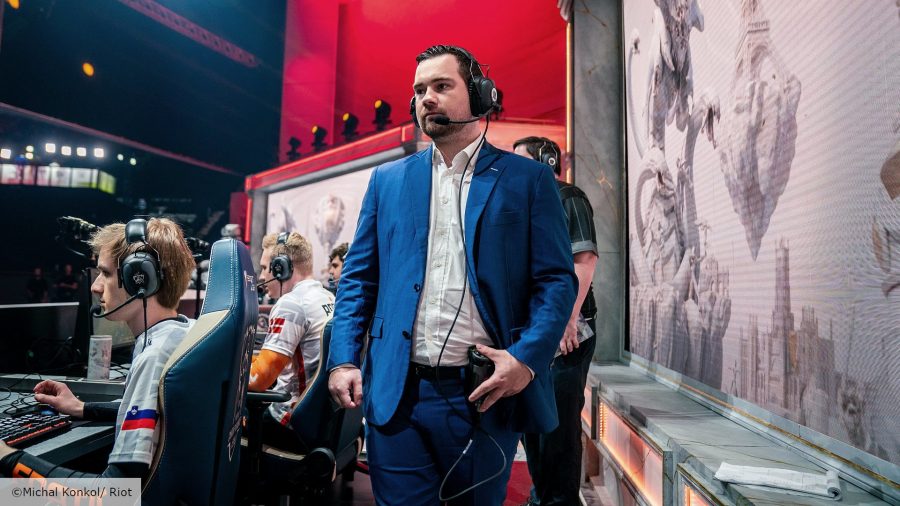 I think having Selfmade is a massive boost for them. Stylistically, they aren’t much different from last season, I don’t think they’re that much better or worse, but with the experience they have now and Selfmade, I think they’ve got a chance to go further into Worlds.

What’s your analysis of another one of your former teams, G2? Are you feeling as confident in them as you are Fnatic?

I think they had a pretty disappointing group stage to be honest. But what you’re used to seeing at Worlds tournaments is a meta shift from the group stage to the quarter-finals. Teams get that week off to scrim after having seen everything and learned the opposition’s picks, so they can prepare some specific counters – or some cheese. I think G2 is a team that could thrive in this scenario. Last year they also finished second in their group but made it all the way to the final and I think that’s a team that – especially in a draw against Gen.G – are actually favourites. If they use [these breaks between games] well they can make another finals run and maybe even win the whole thing.

Why were they so shaky in groups then do you think?

I think it was mostly just a consistency thing. Marcin ‘Jankos’ Jankowski didn’t have that great a group stage and other players were invisible for moments in some of the games. 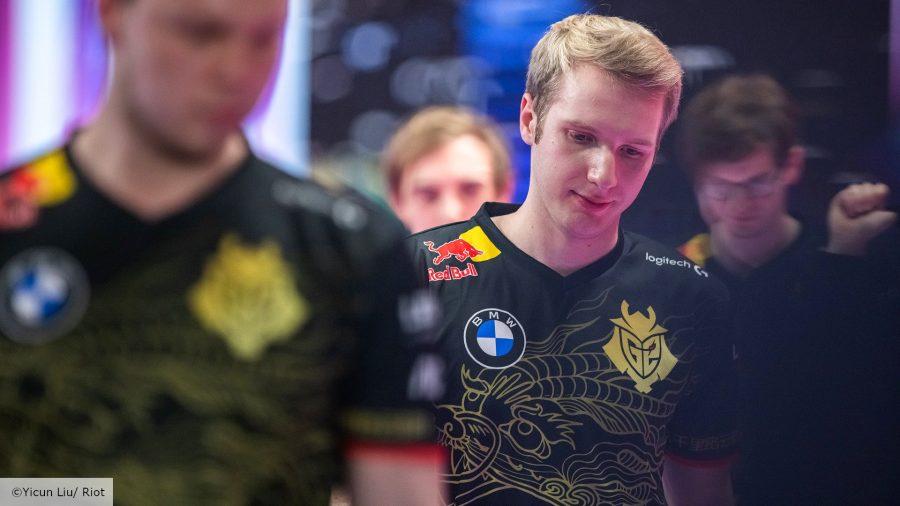 But I think that they will properly switch on when the quarter-finals start. G2 is a team that needs the strongest opponents possible and a lot on the line to play at their best. If they play against stronger teams their own game elevates as well.

When it comes to standout individual performances at Worlds so far, names like Jang ‘Nuguri’ Ha-gwon and Yu ‘JackeyLove’ Wen-Bo are being thrown around. Do you think any EU players have played well enough so far to be part of that discussion?

Well, I think it’s fair to say Zdravets ‘Hylissang’ Galabov and Mihael ‘Mikyx’ Mehle were the best supports in the group stage.

Mikyx making sure the arrow finds its target 🎯 #Worlds2020 pic.twitter.com/hjp0IdjlEx

I think that’s fantastic for the region, because Europe is usually seen as having pretty weak supports. Seeing their performances is really inspiring and encouraging.

I think Rasmus ‘Caps’ Winther had a great group stage as well. Selfmade has had a good Worlds so far, Martin ‘Rekkles’ Larsson is consistent, Luka ‘Perkz’ Perkovic is consistent; I think everyone’s actually warming up really well.

Related: YamatoCannon on the evolution of Korean LoL

To be honest, Jankos was the only player [from Fnatic and G2] to actually have any real “’off’ games, but there were a lot of level ones involved in those games and as a jungler there’s nothing worse than having to play from behind because you lost a level one. I think all in all, individually, Europe has been able to stay on the same level as the Korean and Chinese teams.

So with all this European positivity… What’s your prediction for the final?

Hmm… I’m going to say Top Esports versus G2. I’m expecting a little upset. I think G2 should beat Gen.G, and although most people will have DAMWON down to win that semi-final,I’m going to go for the upset and say G2.

I think Top Esports makes it as well as the number one Chinese seed, but I’m not gonna predict the outcome of the finals. That would be too difficult. But I think even if Top Esports is slightly stronger on paper, I think G2 – having played a Worlds final before – has a massive advantage. It’s a unique experience and they’ve been there before.