It has been a frustrating year for European League of Legends. A season rife with roster changes, role swaps, and domestic upsets culminated with the region’s most disappointing showing at Worlds since 2017 – though extenuating circumstances also played a part in its downfall.

G2 Esports struggled to live up to the expectations of its star-studded roster this year, and found itself usurped by the voracious MAD Lions – which took home back-to-back championships – and the stalwart Rogue. Fnatic meanwhile made a dream run through the 2021 Summer Playoffs gauntlet to secure its ticket to Iceland, beating G2 on the way.

As we head into the offseason a lot has already changed, particularly for G2. Martin ‘Wunder’ Hansen, Mihael ‘Mikyx’ Mehle, and most surprisingly of all model player-turned-player model Martin ‘Rekkles’ Larssen have all found themselves dropped, and are all up for grabs on the market.

But of course, there has already been plenty of movement across the market. To ensure you all stay up-to-date with all the 2022 LEC roster news – which is looking to be particularly hectic this year – we’ve put together this guide to all the LEC roster changes during the offseason. Without further ado, let’s see what the state of each team is like, and where we may see movement. 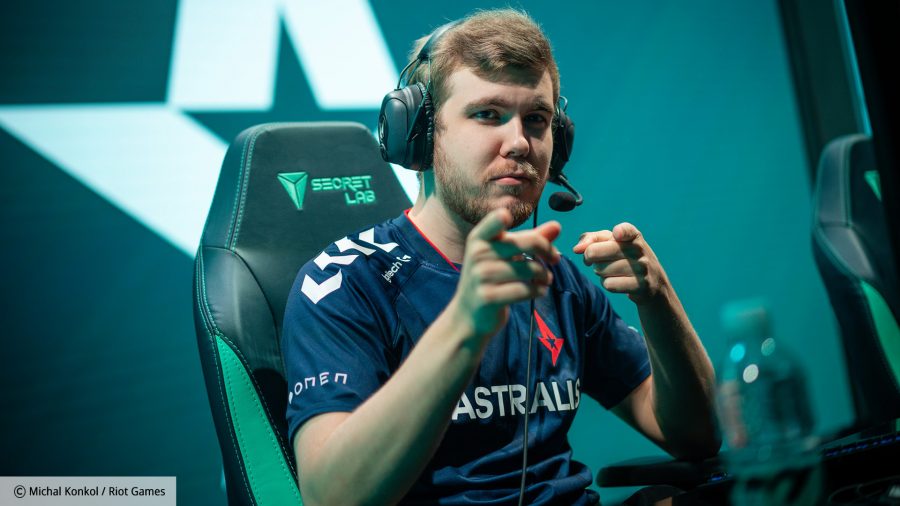 Expectations for Astralis were on the floor coming into the 2021 LEC season. The newly-rebranded Origen had lost its star pieces, and turned to less-flashy options to fill out its roster. Unsurprisingly, this completely new roster struggled to find its feet, and finished the Spring Split in ninth place.

However, despite the team only winning one more game in the Summer Split, Astralis looked dangerous at points, especially after temporarily signing soloq prodigy Carl ‘MagiFelix’ Boström from Fnatic Rising.

Having narrowly missed out on a Playoffs spot by the slimmest of margins, the organisation has already announced that changes are on the horizon. The Swedish duo of MagiFelix and Jesper ‘Jeskla’ Strömberg have already parted ways with the rest of the team, leaving it shy of both a botlaner and a midlaner. 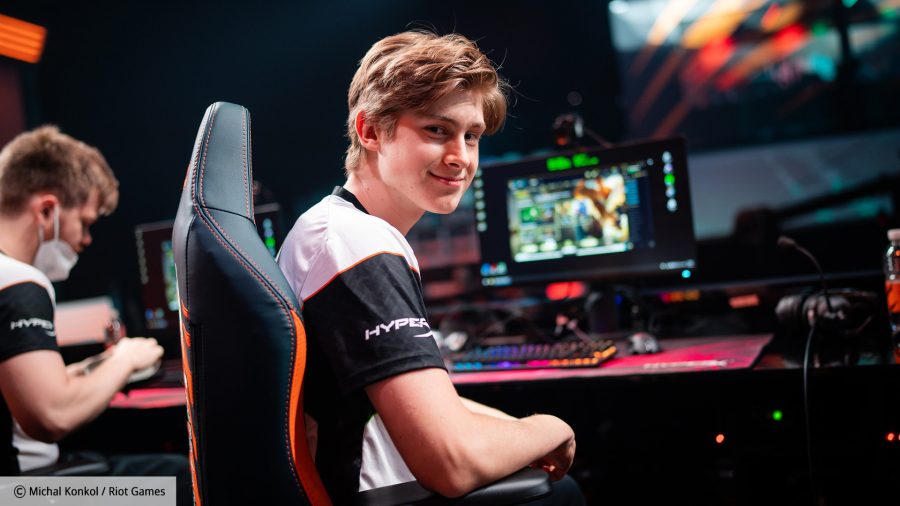 2021 saw two more missed shots at Playoffs for Excel – we genuinely think the team is cursed at this point. However, despite failing to move up the LEC table, Excel has now laid the building blocks for a very solid LEC roster heading into 2022. Felix ‘Kryze’ Hellström enjoyed a solid season, while new boys Mark ‘Markoon’ van Woensel and Henk ‘Advienne’ Reijenga have brought some Dutch magic into the team.

Should Excel be able to keep hold of talismanic botlaner Patrik ‘Patrik’ Jírů, then the team could have everything it needs to finally excel in the LEC. However, with Patrik and Erlend ‘nukeduck’ Holm both out of contract when the transfer season starts, there could very well be LEC roster changes within the Excel camp. 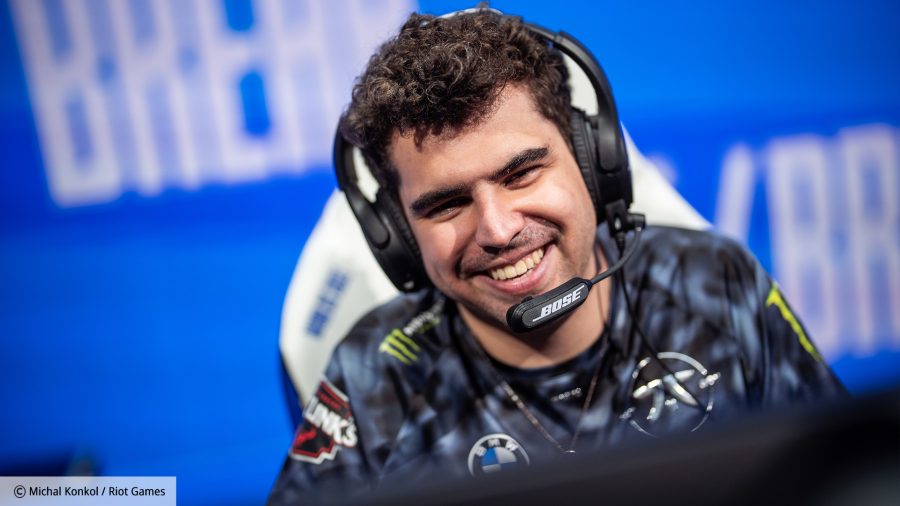 We don’t know what the future holds for the iteration of Fnatic we saw at Worlds this year, but there are already reports that Gabriël ‘Bwipo’ Rau – who role-swapped from the top lane into the jungle for the Summer Split – may be returning to his original role on another team.

After Fnatic’s ill-fated Worlds run, which was unfortunately marred by a family emergency within the camp, Bwipo may be feeling that it’s time to take on a new challenge after nearly four years with the organisation – and it looks like it’s going to be with the LCS’ Team Liquid.

Misfits Gaming’s Iván ‘Razork’ Díaz has already been highlighted as a possible replacement should Bwipo up sticks and leave. 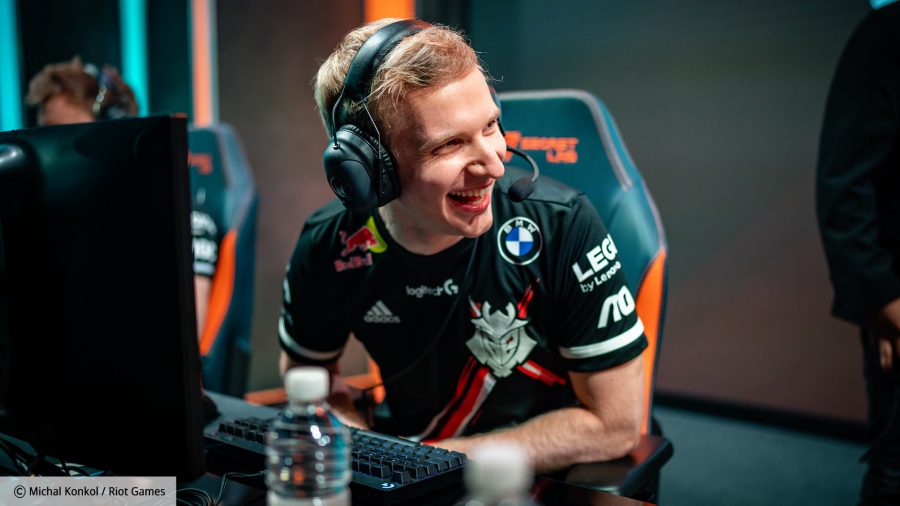 G2 Esports, aka G-2-players-left Esports, is a European esports organisation which, up until 2021, had dominated the LEC with its League of Legends team. However, capitulation in consecutive Playoffs this year has seen three of its stars, alongside its entire coaching and backroom staff, find themselves on the transfer market.

With only Rasmus ‘Caps’ Winther and Marcin ‘Jankos’ Jankowski as nailed-on starters heading into 2022, there are going to be some monster LEC roster changes in the G2 camp over the coming weeks and months. We’re rubbing our hands together vigorously at the thought of what could be in store. 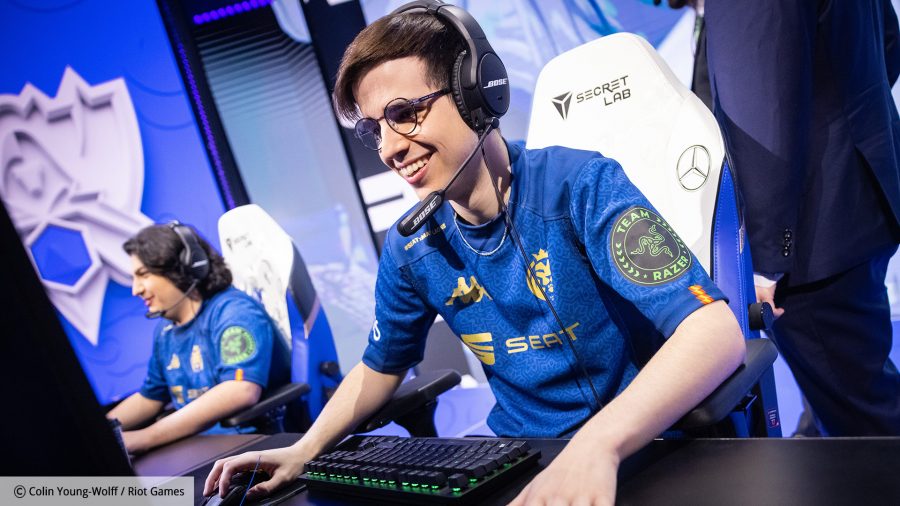 ‘MAD’ definitely sums up the year the MAD Lions has just had. Having secured back-to-back LEC titles and a semi-final placing at this year’s Mid-Season Invitational – having taken reigning world champion DWG KIA to five games – MAD was expected to go far in this year’s World Championship.

While it was the only LEC team to make it to the Knockout Stage of the tournament, MAD crashed out of Worlds to DWG KIA 3-0. Prior to Worlds, it was reported that Matyáš ‘Carzzy’ Orság could end up refusing a contract renewal, instead opting to gauge where his value currently stands before deciding on his future. As it stands, it looks like the Czech carry is opting for the latter.

Knowing how talented MAD’s coaching staff are at developing promising talent, we’re confident that the team will continue to challenge for the top spot in 2022, regardless of LEC roster changes. 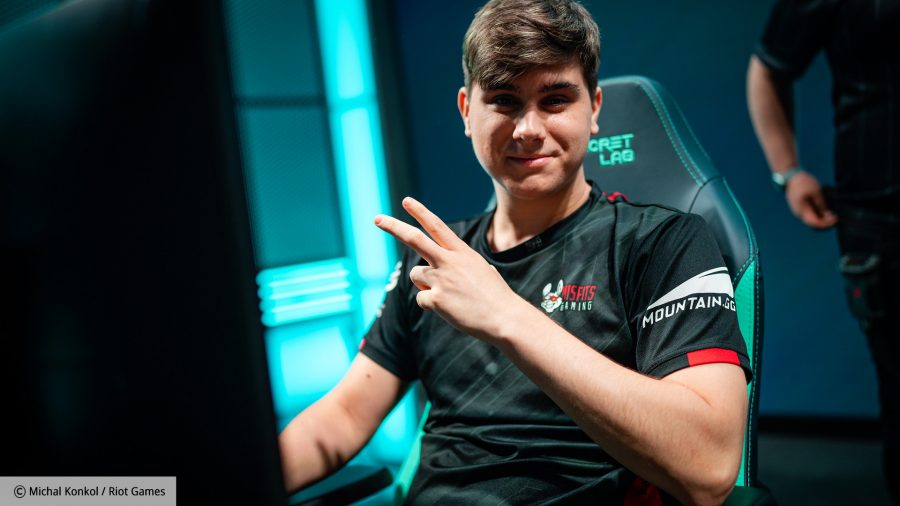 From 8-10 in Spring to 12-6 in Summer, Misfits has finally started to prove itself a force within the LEC era. Although the roster has remained the same throughout the year, it seems that a mixture of gelling time and coaching staff changes have helped this incredibly-talented roster click.

However, with rumours that both Razork and Kasper ‘Kobbe’ Kobberup are on their way out circulating, Misfits may have to rebuild its roster heading into the 2022 LEC Spring Split. 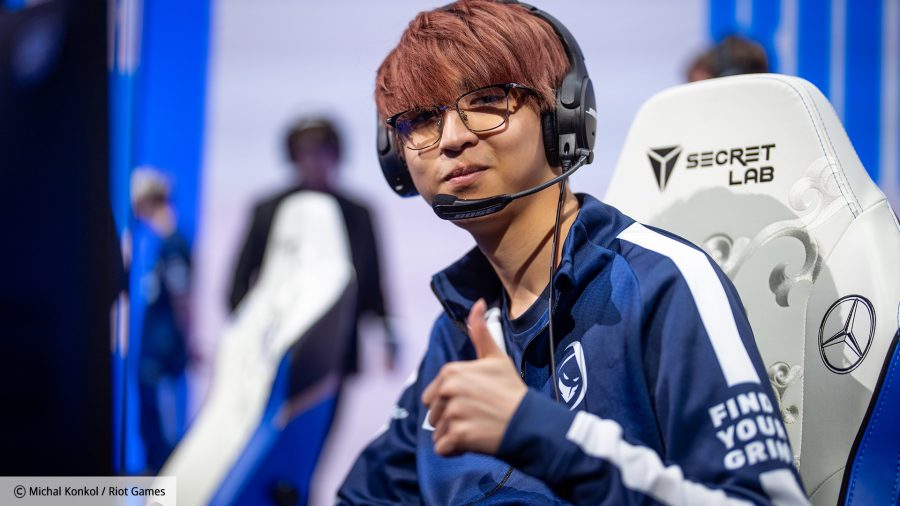 Praised for having a strong meta read at Worlds this year, this current Rogue roster has a great collective brain for the game. However, at clutch moments throughout the year the team has struggled to rise to the occasion.

With most of the squad tied down to long-term deals, it would be surprising to see a huge amount of movement within the side during the offseason. With that said, the team may end up fielding offers for its hottest property in Steven ‘Hans sama’ Liv, who has already been linked to a move away. 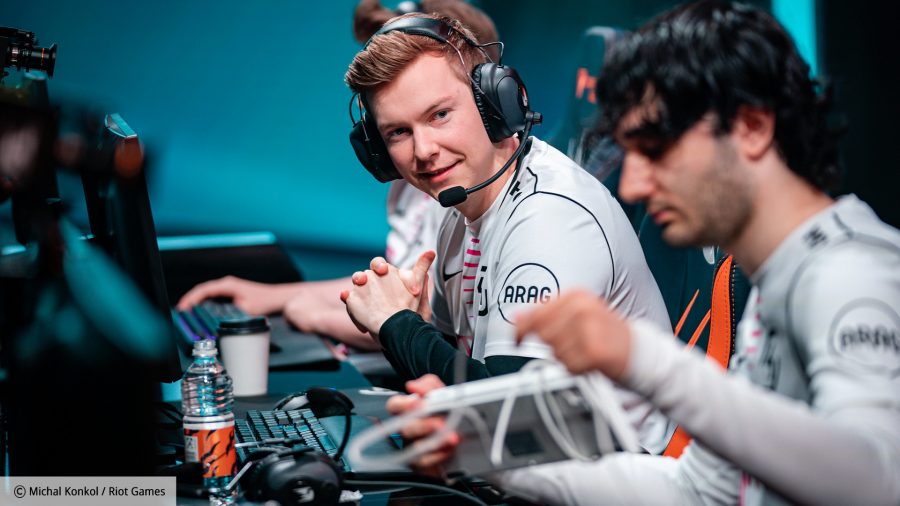 SK Gaming has had a torrid second half of the season. The Summer Split saw star support Erik ‘Treatz’ Wessén move into the jungle to replace Kristian ‘TynX’ Østergaard, with head coach Jesse ‘Jesiz’ Le filling in for Treatz until academy prospect Philipp ‘Lilipp’ Englert was promoted to the first team soon after.

From a round one playoffs finish in Spring, to a miserable ninth place finish in the Summer Split, we can expect some sweeping LEC roster changes to be made prior to the start of next season. Ideally, Treatz needs to be back in his favoured position where he shined in Spring. 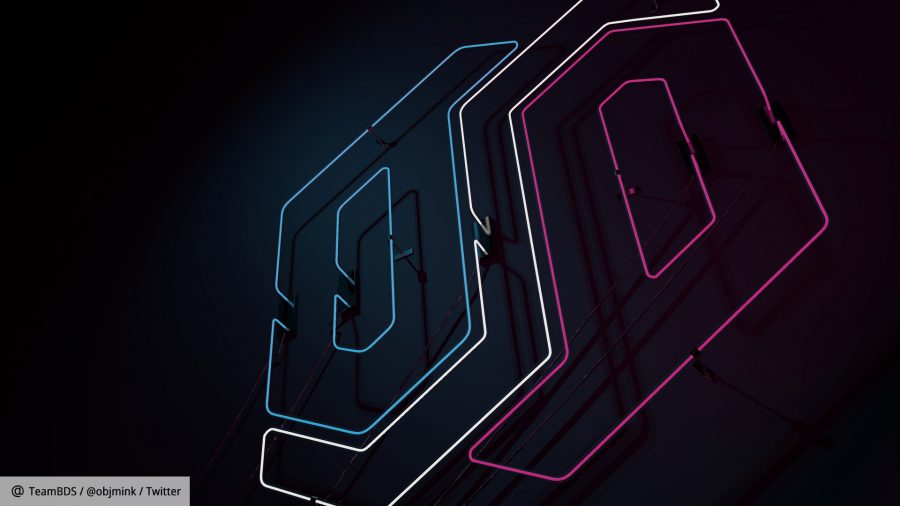 The new kids on the block for 2022, Team BDS bought up the spot left vacant by Schalke 04’s departure from the league. Although the team competed in France’s top regional league, the LFL, this year, it’s unclear as to whether or not its existing roster will get its shot on the LEC stage, or if the organisation will take to the market.

With €26.5 million already sunk into buying Schalke’s spot, we can imagine it’s going to be the latter. Early reports also suggest this will be the case. 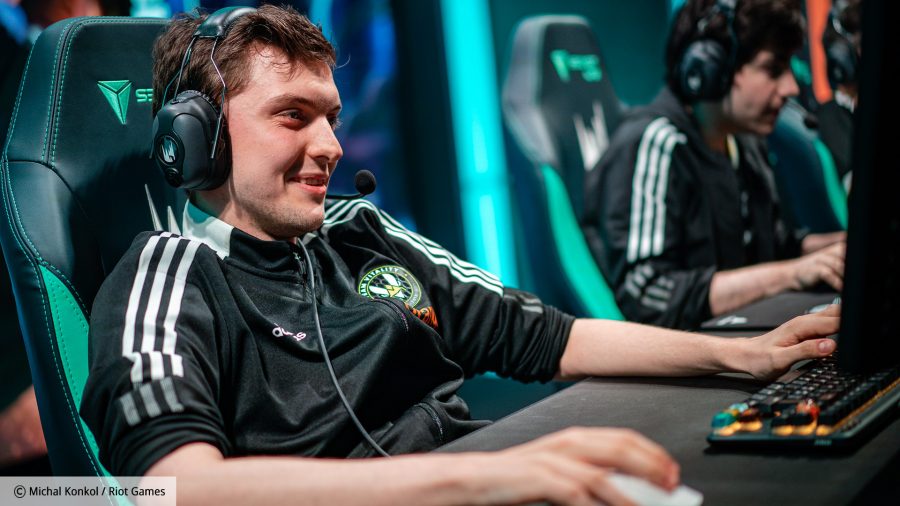 Despite being chock-full of talent, Vitality’s Summer Split roster – like G2 – failed to reach its full potential. Rumours have already been flying around regarding superstar changes, with Team Liquid’s Barney ‘Alphari’ Morris and Cloud9’s Luka ‘Perkz’ Perković both reportedly on their way back to Europe to sign for the French organisation.

Should this be the case, then toplaner Mathias ‘Szygenda’ Jensen – who hasn’t even featured for the academy team since the 2021 LFL Summer Split – could very well be on his way out. This would also most-likely spell the end for Adam ‘LIDER’ Ilyasov’s time with the team, with Aljoša ‘Milica’ Kovandžić already set to leave as his contract runs out at the start of the transfer window.

Milica isn’t the only player with a contract set to expire, however, as Oskar ‘Selfmade’ Boderek and Juš ‘Crownshot’ Marušič have yet to re-sign with the org. Needless to say, Vitality’s the team we’re keeping our eyes on the most heading into the offseason.

Who would your dream signing be for the 2022 LEC season? Will we see more top talent leave the region, or will we only see the return of some of Europe’s stars? Stay tuned for even more 2022 LEC roster changes, news, and rumours here at The Loadout.