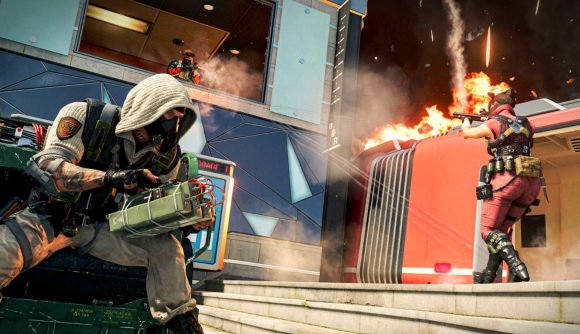 Ahead of Stage 2 of the 2021 season, the Call of Duty League has revealed a shakeup with some new maps entering the competitive map pool. A classic Call of Duty map and a brand new addition to Season Two of Black Ops Cold War will make their CDL debuts at the Toronto Ultra Home Series this weekend.

Long-time CoD fans will be excited to learn that Express is entering the map pool for Search and Destroy only. Express will be replacing Garrison in the S&D map pool, which will now only be used in respawn modes Hardpoint and Control. With both Express and Raid now in the 2021 CDL map pool, it appears that Black Ops Cold War developers Treyarch and the CDL are not afraid of looking to the past to create the best competitive experience possible.

The second map to be added is Apocalypse, an all-new map from Treyarch that dropped in Season Two. Apocalypse will enter the Hardpoint map pool in place of Crossroads, which has been widely criticised by pro players for being too small and chaotic for a respawn game mode.

Even without the map pool shuffle, Stage 2 promises to be an exciting affair. With roster movements at London Royal Ravens and Toronto Ultra, and a new controversial gentlemen’s agreement banning the XM4 assault rifle, there’s plenty of new variables to shake up the league.

New maps in the rotation for Stage II!

Which map are you most looking forward to seeing in action: 🌴 or 🚅? pic.twitter.com/cpiKdgoDQ6

Stage 1 saw Atlanta FaZe emerge victorious after defeating Dallas Empire in the final of this season’s first major. While it is undoubtedly the team to beat in Stage 2, it will be interesting to see how it navigates the new maps and GAs.