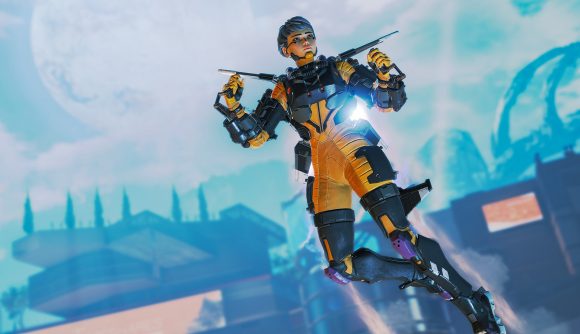 The Apex Legends Global Series set out its stall for its second year last week with a huge reveal that includes everything from a new format, to cross-play events, and a whopping $5 million prize pool. Arguably the most exciting part of the announcement, however, was the plan to return to LAN events.

With players and fans alike being starved of offline Apex action for almost two years now due to the effects of the pandemic, the news that international LANs could be making a comeback “should conditions allow” was well-received. For the competition’s commissioner, John Nelson, the return to LAN is also the thing he is looking most forward to – especially as it presents the opportunity to turn Year 1’s regional storylines into global ones.

“It’s been really fun to see so many different countries represented by players and competing against each other, and that obviously goes up a notch when you go to a global event,” Nelson tells The Loadout. “A lot of us in the community look back at the Preseason Invitational in September 2019 and think about all those teams that were on Match Point, going into the final game; teams from so many different places of the world. I’m so looking forward to experiencing that again.”

Nelson also says the ALGS will “lean heavily” on its Match Point system once again in Year 2, and says it will help make the three LAN events “unique” and memorable ones.

But where could these LANs be taking place? Nelson has already said in an interview with Gfinity that he plans to “take our events on the road and have a presence in multiple places around the world.”

Nelson confirms to The Loadout that the competitive Apex team has decided on three countries it wants to host its LANs, and that the three events will take place on “three different continents”. While he wasn’t prepared to share specifics, he says that it’s important to continue to build Apex Legends as a “globally popular esport”.

If you thought this first year of the ALGS was action-packed, wait until you see what Year 2 has in store. 😏

With the ALGS potentially going on a proper world tour, there could also be scope for live audiences. While some esports events, such as PGL’s CS:GO Major billed for later this year, see a significant live audience as a definite requirement to host a LAN, is the same true for the ALGS, and are audiences being explored?

“We’re always staying close with local governments and health and medical guidance [when looking at] the feasibility of live events,” Nelson says. “If conditions allow, we do hope to return to them, but spectators in the room won’t be a requirement for us. What we are most interested in doing is returning to live events, first and foremost for the players. And so if spectators are something that we need to sacrifice based on local guidance, then we’re willing to do that.”

While there are no guarantees due to the unpredictability of the pandemic, the prospect of a truly global Global Series will certainly be cause for excitement.

Hear more from John Nelson on Year 2 of the ALGS throughout the rest of this week on The Loadout.