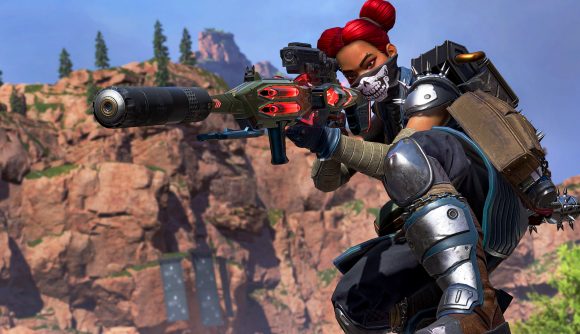 After a fully online but successful first full competitive cycle of the Apex Legends Global Series, EA has decided to seriously shake things up for Year 2. The ALGS will be reworked into a two-tiered competition for both established pros and amateurs trying to break into the scene, with two competitive splits, and an ALGS Championship in July 2022.

Year 2 of the ALGS will also boast a significantly bigger prize pool – a total of $5 million for the entire season, with $2 million of that allocated for the Championship. The ALGS also intends to host LAN events in 2022. Both the first and second split playoffs, and the ALGS Championship, will be played offline with 40 of the best teams from each region playing together. There’s no word on how many spots each region will have at these events just yet. Potential locations for offline events have also not been revealed.

While the intention is to hold LAN events, EA says it will only do this “should conditions allow”, so there are no guarantees.

The ALGS’ new two-tier format also gives opportunities for new names to come through the ranks. The Pro League will act as the top division, consisting of 20 invited teams and 20 qualified teams in each region, while the Challenger Circuit will give amateur teams the chance to reach the Pro League. That’s the structure in a nutshell, but as you can see from the graphic below, it is slightly more complex than that.

A full breakdown of the format can be found here.

In order to give more players the chance to compete, the ALGS is also opening its doors to console players. PlayStation and Xbox players will be competing alongside PC players in fully cross-play events.

To ensure competitive integrity, “all controller players will be competing using PC-value aim assist settings, regardless of their platform,” the ALGS says.

To widen the net even more, 16 new countries from across Asia, Europe, and Central America have been granted ALGS eligibility.

The ALGS has also released a rough schedule for Year 2, which you can find below.

These are some mammoth changes coming to the ALGS. While some, like a bigger prize pool and the intention to go back to offline events, were expected, others such as going cross-play and having a Challenger Circuit are very big strides. The commitment to Apex Legends esports is pretty clear, and should result in some decent growth for the battle royale by the time next July comes around.