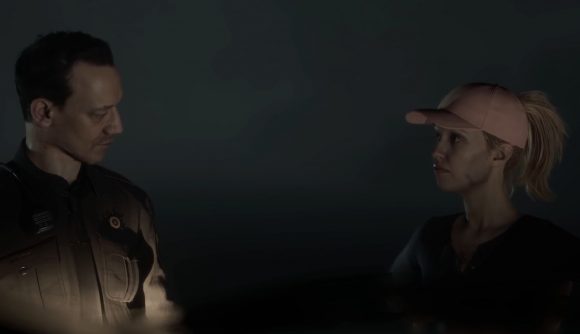 The Quarry developer Supermassive Games has announced that the horror game’s online multiplayer mode will not be arriving on day one when the game launches on June 10.

The Quarry’s multiplayer mode allows groups of up to eight players to experience and influence the game’s choice-driven story together. According to IGN, the mode lets one player take control of the actual action, but up to seven other players can watch along and contribute by giving their input on certain moments and decisions. This online multiplayer mode will now be dropping four weeks after The Quarry launches, and will be added via an update by July 8.

While this will be a slight disappointment for those wanting to play The Quarry with a group of pals, local multiplayer does appear to still be coming on day one. This couch co-op mode lets you assign characters to each player, and when it’s that character’s turn to be the centre of attention, you pass the pad to the player tasked with controlling them.

While we didn’t get to try these multiplayer experiences in our optimistic The Quarry preview, it does sound like both the online and local multiplayer modes will offer up something a little different, allowing you to experience the horror of both being brutally killed off and the embarrassment of failing quick-time events with others.

It’s just a shame we’ll have to wait a few weeks for the online mode – at least you’ll be able to go for a couple of test runs before you let your pals potentially kill off your favourite character.

An update on The Quarry’s online multiplayer: pic.twitter.com/Bipo0yxp2g

To learn more about how long it’ll take you to play through this upcoming horror experience, check out what Supermassive has said about The Quarry’s length.