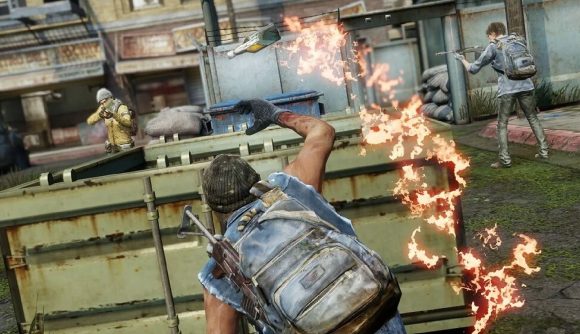 Naughty Dog has been very secretive about The Last of Us‘ multiplayer game since it was first announced ahead of the release of The Last of Us Part 2. However, the studio lifted the lid a little on June 9, 2022, unveiling a piece of concept art for The Last of Us multiplayer on PS5. That secrecy has led to concerns about whether the game would stick to its roots of The Last of Us’ Factions mode, or go down a different route entirely.

Thankfully, it appears that those concerns can be abated for now as the co-director of the upcoming game, Vinit Agarwal, has shared his love for the original Factions multiplayer on Twitter.

In a tweet just after the reveal on June 9, Vinit shares that “this is where it started for me”, referencing a picture of him and his friends playing Factions together at a LAN party using 8 PS3 consoles. Vinit then follows up by saying: “love this IP and multiplayer through and through”, clearly showing that the project is being led by someone who understands the unique aspects of The Last Of Us’ Factions mode that made it so beloved.

Of course, Naughty Dog’s new take on The Last of Us multiplayer won’t look exactly like Factions and Neil Druckmann has said it will be as big as the studio’s other games. It will also feature a whole new cast of characters.

We also know from previous job listings that it will have a host of monetisation and live service systems to help it fit within the modern market of multiplayer games.

This is where it started for me btw, as a fan of TLOU Factions before working at ND. Hosted a LAN party at my house, with 8 PS3s and all that shortly after the release of Part I. Love this IP and multiplayer through and through. pic.twitter.com/9ULp5qKJoF

But, while we wait to hear more about the game next year, this news should ease some of the concerns that have been rumbling away in the PlayStation and The Last of Us communities since the standalone multiplayer mode was announced.