Over the years, Utrecht has oozed with sporting talent. The Netherlands’ fourth-largest city has produced footballing icons like Marco van Basten and Wesley Sneijder, or Olympic athletes like sprinter Dafne Schippers. But it’s not just traditional sports Utrecht is famous for – it’s also the birthplace of Team Liquid, one of the most iconic organisations in esports.

Earlier today, Team Liquid officially cut the ribbon to its second state-of-the-art esports facility. After opening the doors of its California space in 2018, the new Alienware Training Facility in the centre of Utrecht brings all the shiny toys over for the European teams to have a go – as well as seeing Liquid invest in the city where it was first dreamt up.

From Liquid’s Dota 2 team to its fresh new Valorant roster, this will be the base for a number of its esports teams to not only train, but in some cases live. The 10,000 sq ft facility is not only packed to the rafters with top-spec gaming equipment, but with all the health and wellbeing features that the world’s biggest organisations are beginning to invest in heavily.

Here, Team Liquid players, streamers, and staff have access to chefs, physical and mental performance coaches, gameplay review rooms, meeting spaces, and stream pods to help them take their game to the next level.

While these facilities are beginning to spring up more and more frequently in the States, here in Europe this is a real industry-leading building, potentially matched only by Team Vitality’s V-Hive and Stade de France facilities. These spaces help players erase the blurred lines between their personal lives and work, and that’s something that means a great deal to those involved.

“I think [this facility] is one of the most important things. Having had a burnout back in March where I couldn’t play Rocket League for love nor money, it’s crucial for keeping longevity in this career. When I was at home my head was constantly thinking about whether I should do a couple more hours. Having separate environments is incredibly beneficial.” 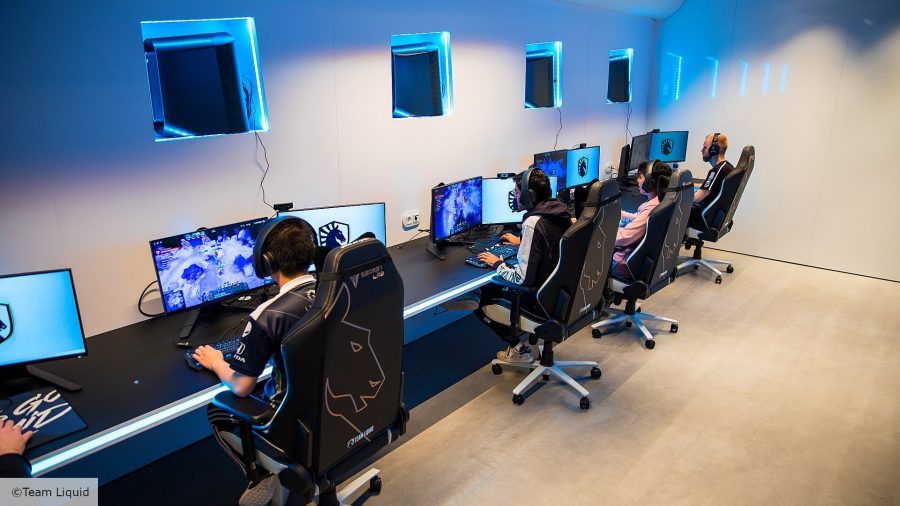 For Speed, who despite being just 19-years-old has been on plenty of rosters already, Team Liquid’s commitment to player wellbeing is a stark contrast to some of his past experiences.

“My previous organisation was not very happy with my burnout whatsoever,” Speed says, “whereas I get the vibe that Liquid is very able to prevent such a thing from happening and that they can respect it if it does happen. The help and the genuine care they give is something you don’t see anywhere else.”

For Liquid’s PUBG star Jorde ‘Ibiza’ van Geldere, the facility and investment into European players is just as important, but for a different set of reasons.

Inversely to Speed, Ibiza says burnout and competitive stress isn’t a concern, but that allowing him and his team to use this facility is an ultimate show of faith in the PUBG scene at a time where so many other organisations are pulling out.

“It means a lot because you can just feel that they’re dedicated and care about you,” Ibiza says. “The whole team feels that way. Obviously we are doing everything we can to play the best we can, but you can feel that Liquid is just super caring and gives us everything we need to train or bootcamp. The feeling of dedication and the fact that they still want to invest in the game and the PUBG team feels awesome to be honest.”

Ibiza, who as a Dutchman is seeing the Alienware Training Facility being built on home soil, also says that meeting with players outside of his own team is another huge benefit of having this collective space.

“It’s always exciting to meet new people for sure,” he says. “I’ve already bumped into the Dota team which was the first time I met those guys. Same goes for Speed and a member of our Valorant team. When you get there, everyone’s just hanging out there together, and you all share the same passion and play for the same organisation, so it’s super nice to get to mix with the other rosters.”

Follow along with our players as they experience the new @Alienware Training Facility for the first time! Featuring a living green wall, state of the art equipment, trophy wall and so much more. Watch here: pic.twitter.com/tuyUlNocDY

“When we do a replay analysis, if you’d have asked me two months ago why this goal went in, I’d be giving you a gameplay reason,” Speed explains. “Whereas now I’d be more inclined to look at the outside world first. So if my teammate missed a ball for example, I would have turned around two months ago and said ‘he missed it because of blah, blah, blah in game.’ Now, I would go: ‘Did he wake up on time? Has he been eating and sleeping properly?’ That’s how the mentality has shifted to being in this facility.

“I’ve also been picking the brains of the Dota analyst a little bit, just to find out how they deal with certain issues. They had a prior issue with someone who overslept, so they fixed it. I’ve been picking his brain because I’ve got a teammate who oversleeps!” 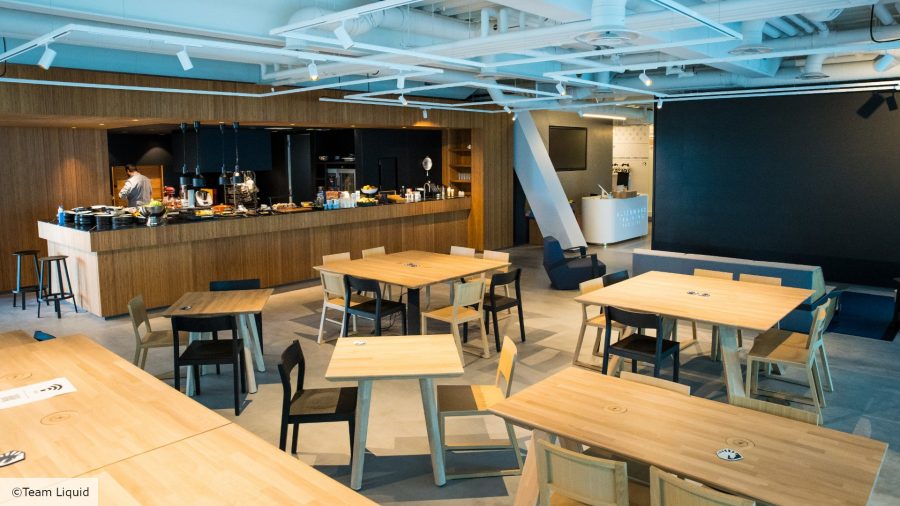 Seeing a global esports brand like Team Liquid create a space like this in Europe signals the organisation’s belief in the region. Liquid could have happily downed tools after building a facility in the US, but it decided against leaving its EU teams in the cold.

What’s even more encouraging is that this is a commitment not just to the players in top-tier esports like Dota 2, or blossoming scenes like Valorant, but for those whose esports scenes are experiencing tough times.

This investment in Team Liquid’s players suggests that the esports industry in Europe is truly having a coming of age, and new talent will be reassured that there are organisations out there willing to put their health and wellbeing first in their quest for glory.