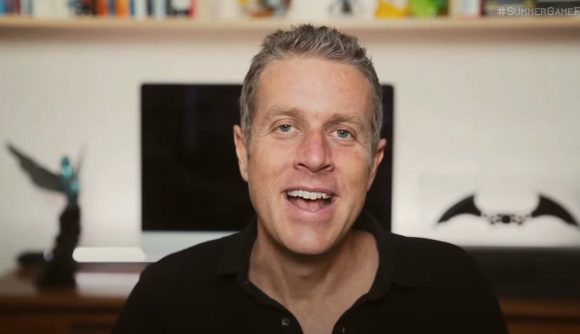 Summer Game Fest is right around the corner, and as the hype increases, so to do the amount of small teasers we’re getting out of Geoff Keighley. As you’d expect, the brain behind the gaming extravaganza has stayed tight-lipped when it comes to exactly which games we’re going to see, but that hasn’t stopped a few tidbits of info from trickling out.

In a Twitter Spaces Q&A, Keighley firstly suggests that this year’s Summer Game Fest showcase on June 9 will have a similar run time to last year’s. The 2021 showcase, which of course featured the likes of Elden Ring, ran for one hour and 45 minutes, while this year’s will apparently be “a little under two hours”. Keighley says that even with the event just a few days away, the schedule isn’t 100% nailed down – one game that was set to feature was pulled out of the showcase due to a development delay as recent as last Friday, May 27 – so that duration could fluctuate a little bit if there are any more changes.

As well as discussing some similar points that were raised in another Twitter Spaces he hosted last week – such as how it will be hard to live up to the hype of that Elden Ring gameplay reveal last year – Keighley also hints that there will be an element to this year’s showcase that we didn’t see last time.

The 2022 Summer Game Fest showcase will feature some “really cool straight gameplay sequences or demos” – something Keighley says was often a staple of the showcases you’d see at E3, and something he “misses” from that era.

“We’ve got a couple [of games] that we’re doing five-minute-plus gameplay sequences [for] that I think people will enjoy, and it’s literally like raw gameplay,” Keighley says. “It’s nothing super produced, but hopefully you’ll be able to sit back and say ‘cool, that’s how that game plays’”.

Keighley sounds excited to be bringing an extended look of a few titles to the Summer Game Fest audience. As for which games will be getting these longer slots in the show, your guess is as good as ours.