Felix ‘xQc’ Lengyel, a French-Canadian former Overwatch pro, has all but left his esports career behind after finding huge success as a streamer. The 25-year-old’s exuberant and energetic style, combined with him playing a diverse array of games and reacting to some of the internet’s weirdest content, has seen his popularity soar.

This popularity has not only translated into a large follower count, but it has also resulted in xQc becoming the most watched streamer on Twitch. In 2020, he racked up more hours of watch time than any other streamer, and is on course to do the same in 2021.

Prior to streaming, xQc made a name for himself in Overwatch esports. During the inaugural season of the Overwatch League, the extremely talented xQc was selected to play for Dallas Fuel. While a long and successful career in competitive Overwatch seemed certain, his time with the Fuel was marred by controversy and suspensions for everything from homophobic slurs to using disparaging language towards OWL casters.

Despite his OWL career not always going to plan, xQc has represented Canada internationally as the country’s main tank at the Overwatch World Cup on three occasions. He was even crowned MVP of the 2017 World Cup for helping Canada reach the final, where they eventually lost to South Korea. 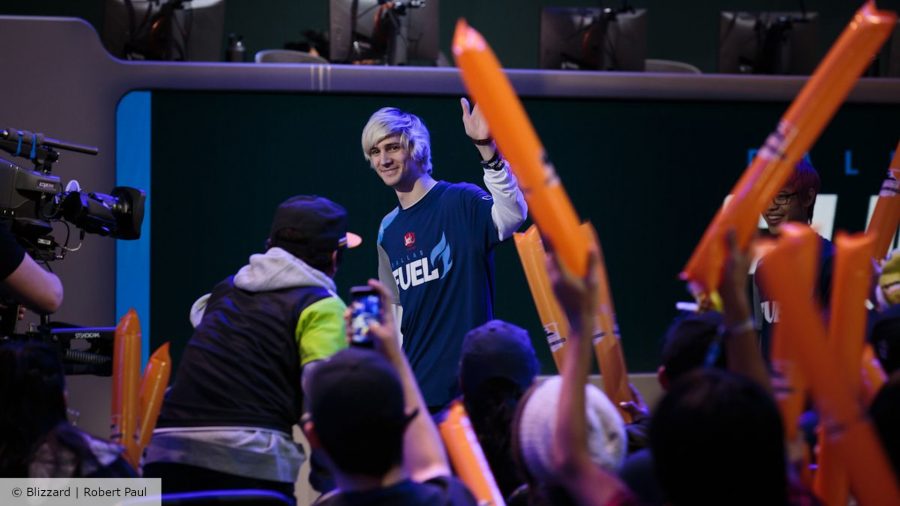 xQc’s career as a streamer has been defined by variety. In 2019, xQc played a total of 365 unique games, averaging a different title every day. While he most frequently streams Overwatch, Minecraft, and Just Chatting content, he has played everything from well-known games like Counter-Strike: Global Offensive to obscure titles like Moshpit Simulator and Babysitter Bloodbath.

Here we answer some of the most frequently asked questions about xQc.

What is xQc’s net worth?

It is estimated that xQc has a net worth in the region of $3-5 million as a result of his high subscriber count and viewership on Twitch, plus revenue from views on his YouTube channel.

Unlike other streamers, xQc doesn’t really have many other sources of income aside from his Twitch and YouTube revenue. He very rarely takes on sponsorship deals and made a relatively small amount of money in comparison from Overwatch esports.

He is, however, signed to Luminosity Gaming as an influencer, and will have been paid a handsome sum for the deal.

How much does xQc earn?

From his Twitch revenue alone, xQc can earn millions of dollars a year. With huge viewership numbers, and a consistently high subscriber count, he earns a considerable amount from the streaming platform.

Related: Who are the biggest streamers on Twitch

To give you an idea of just how much, a recent leak of earnings data for Twitch’s top streamers appears to show xQc raking in a total of $750,000 in a single month (September 2021), before tax. The same leak shows that between August 2019 and October 2021, xQc pocketed $8.4 million from Twitch. Crikey.

And remember, that figure does not take into consideration stream donations or YouTube revenue.

He frequently uploads reaction videos and stream highlights to his YouTube channel, which can rack up hundreds of thousands of views. Depending on advertising engagement, xQc could earn anywhere up to $1 million a year.

He has also released lines of merchandise in the past, which have all sold out pretty rapidly after becoming available.

What is xQc’s set up?

Unlike many other streamers, xQc likes to keep his streams simple and natural. No fancy streaming room, no state of the art set up. Just a desk, camera, chair, and a decent gaming setup in the corner of his room to play his diverse range of games on.

In fact, he really dislikes the idea of having an elaborate streaming setup in its own separate room, saying that he doesn’t want it to feel like he’s “going to work.”

His simple setup consists of an ASUS ROG Swift PG258Q, a Logitech gaming mouse, a SteelSeries mechanical keyboard, and a HyperX Cloud headset.

Where is xQc from?

xQc is from Canada, and has even represented his nation internationally playing competitive Overwatch. He is, however, French-Canadian, which explains why some words have a certain twang when he talks. He can also speak French.

When it comes to playing professional Overwatch, xQc’s career is rather spotty. While xQc has represented Canada at the 2017, 2018, and 2019 Overwatch World Cups as the team’s main tank, his career competing for an organisation or franchise in the Overwatch League is pretty much closed.

He was part of Dallas Fuel’s roster during the first two seasons of the Overwatch League, but struggled to make a lasting impact after a number of controversies and suspensions.

XQc was a substitute for the LA Gladiators Legion during 2019 for the Overwatch Contenders League, however he is now completely without a spot in Overwatch esports after the team revealed it wouldn’t be competing in the 2020 Contenders competition.