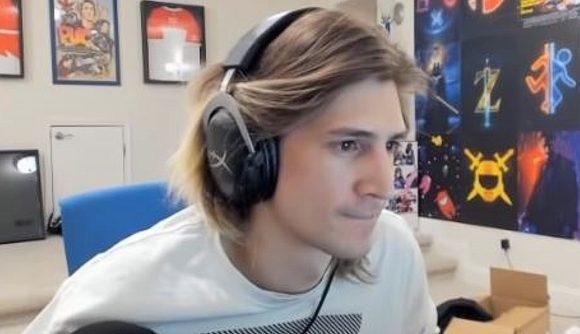 By now, Felix ‘xQc’ Lengyel should be pretty used to the word ‘ban’. He’s no stranger to controversy and is a frequent rule-bender, which has landed him with plenty of suspensions in the past throughout both his professional esports career and since turning to streaming full time.

xQc’s latest comes from the land of roleplaying. Over the last few weeks, there’s been a spike in popularity for GTA V roleplay content on Twitch, and 2020’s most watched streamer wanted in on the action. xQc has been recently streaming in the popular and well-renowned NoPixel server, tearing around the open world and bumping into other roleplayers in the process, all in front of his usual massive audience.

However, on trying to access the server during his February 22 stream, the former Overwatch pro was met with a message informing him he had been permanently banned. This was due to breaking one of the NoPixel servers golden rules: No ramming other players with vehicles without reason to do so.

The specific rule, which covers Vehicle Deathmatch or VDM, reads: “Attacking another player/group with a vehicle with the intent to kill/knock them out, without valid reasoning or initiation.” With storylines and character development being the biggest draw of GTA V RP, players cannot simply go about the server mowing people down, as xQc unfortunately did on a couple of occasions.

After discovering he was banned, xQc admits that he did break NoPixel rules, but pleads his innocence to say he didn’t realise what he was doing was wrong.

He also says he had a meeting scheduled with the server’s developers and moderators to discuss the events and isn’t “actually banned”, but missed it because he overslept.

He also says rules are broken frequently in the server but players often escape bans.

While the duration of xQc’s NoPixel ban is listed as permanent, he can appeal the decision. If the server’s mods are still willing to talk with xQc, despite missing his first discussion with them, then there’s a good chance he will be allowed to return.