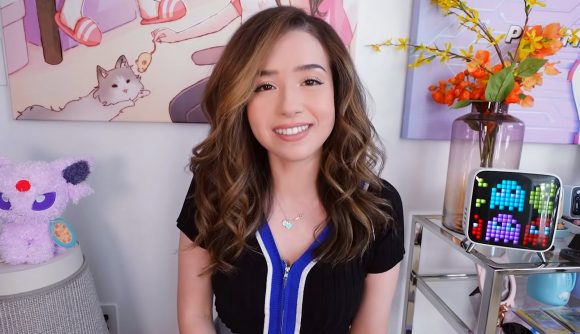 Boasting one of Twitch’s biggest followings, huge viewership, and massive popularity on social media, sadly Imane ‘Pokimane’ Anys is always likely to get some inappropriate or toxic comments thrown her way.

Recently, Pokimane has been shining a light on the type of messages she receives on Twitch by going through unban requests with her viewers. The results range from hilarious to straight up horrific, but it also shows just how frequently people are posting ban-worthy content into her chat – and how many look for redemption. While combing through the unban requests in her March 31 stream, the 24-year-old asks her diligent moderators how many people are actually banned from her Twitch chat right now. The answer is pretty staggering.

One of Pokimane’s mods estimates that around 350,000 “normal users” are currently banned from posting in her chat – that’s roughly the population of Iceland, for all you geography fans. “That’s not including bots?” asks a stunned Pokimane. “That’s crazy.”

However, the number including bot accounts is almost incomprehensible, with the same moderator claiming over ten million bots have been banned from the Twitch star’s chat.

While Pokimane manages to often see the funny side of this and shares it willingly with her viewers, the sheer volume of offensive or inappropriate comments is alarming.

This is sadly a reality that likely faces most of Twitch’s biggest streamers. With bots being able to skew viewership and follower stats, as well as post en masse into streamers’ chats, it’s a problem that is proving extremely difficult to tackle on the platform.