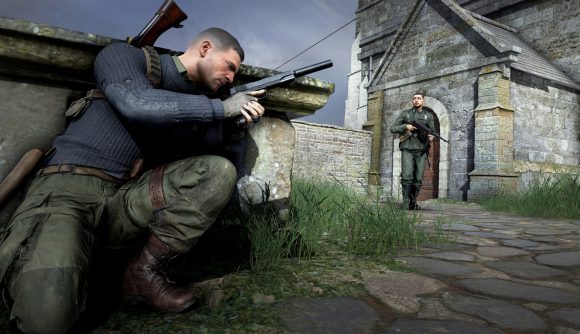 Rebellion’s Sniper Elite 5, much like Sniper Elite 4 and its predecessors, is set in the Second World War. While this isn’t much of a surprise, it does raise the question of whether fans will ever see Karl Fairburne’s life after this tumultuous time in the 1940s – or whether the series will branch out to a new protagonist in a new setting entirely. So, we asked Rebellion exactly that and Jordan Woodward, head of design at Rebellion, answered.

When asked if there was an end to Karl Fairburne’s narrative in sight – and why the Second World War was a setting Rebellion keep coming back to – Woodward responded with the following statement: “I’m not going to give anything away about the future of Karl Fairburne, but we certainly feel that World War 2 and the events that surround it are a fascinating and compelling setting for the series.”

Expanding on this, Woodward explained that “[World War 2] was one of, if not the biggest and most iconic events in human history and there is still so much that we have yet to explore.”

So, after setting five Sniper Elite games during the Second World War – and a handful of Zombie Army games – it looks like Rebellion isn’t moving onto another era anytime soon.

Discussing the reason behind the choice of setting, Woodward expresses that Rebellion “uses real world events and references as the inspiration for the narrative and structure of Sniper Elite games. [Rebellion] takes an angle of what could have happened and what was deasibleat the time.”

Of course, there is still a lot of the Second World War that Rebellion and the Sniper Elite series haven’t touched on – but, it’s hard to see how the scope of what can be shown isn’t restricted by showing you these events and this time period through the barrel-mounted lens of Karl Fairburne and his sniper rifle.