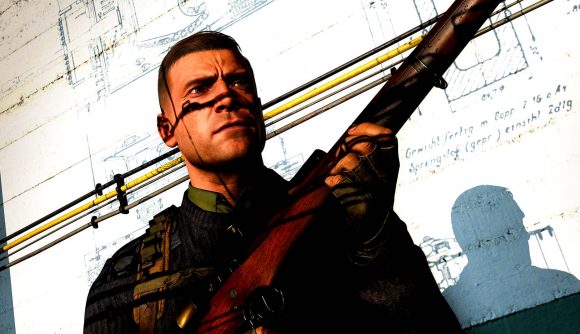 Rebellion Developments’ Sniper Elite 5 is almost here, at long last – it’s been a long time since we’ve picked up a rifle and joined Karl Fairburne on a Second World War adventure, anyway. Whether you’re waiting on your Sniper Elite 5 pre-orders, or picking up Sniper Elite 5 on Game Pass, you’re going to want to know when the Sniper Elite 5 release time actually is. So, that’s where we come in.

An update on the Sniper Elite 5 release time schedule has been provided by Rebellion Developments via Twitter, alongside information on pre-load times, and fans can now prepare themselves for the upcoming stealth-shooter wherever they are in the world.

We know, we know – that’s all well and good but when exactly does this new game come out? Well, the developer has revealed that the Sniper Elite 5 release time is 17:00 PDT / 20:00 EDT on May 25 and 01:00 GMT on May 26. It has also provided release times for central Europe and Australia, unusually, which you can see below.

If you’re excited to jump into Sniper Elite 5 as soon as you can, you’ll be pleased to know that you can start pre-loading this game on Xbox consoles right now.

The time for mission deployment is almost upon you, soldier.

PlayStation players should be able to start this process from 17:00 PDT / 20:00 EDT on May 23 and 01:00 GMT on May 24 – which is 48 hours before the game’s full release. In addition to this, people playing Sniper Elite 5 on PC via Steam will be able to preload it from May 23 at an unspecified time. It’s best to check the game’s Steam page for that information!

Following on from Sniper Elite 4, Sniper Elite 5 sees Karl Fairburne travel to an occupied France in the latter stages of the Second World War on the hunt for information about a secretive new Nazi plan – and the monsters behind it. If you want to know what you’re getting into, check out our Sniper Elite 5 preview here. Or, you can check out the Sniper Elite 5 trophy list here – something that will, as always, reward you for blowing Hitler’s nuts off.