Each level in Sifu has a few shrines dotted around. These small jade dragon statues aren’t just pretty, but also serve as a powerful opportunity to upgrade your character without having to die. Alongside that, they all offer a chance to pick up a new buff as well, but each one has different requirements, and when it comes down to it, some are simply better than others too.

If you’re trying to make sure that you’ll be starting off as strong as possible, then you’re going to need to know which are the best Sifu Shrine rewards. It’s not an easy thing to see either, as the upgrades in this game are all fairly subtle, making it tricky to know what to pick.

Thankfully, we’ve pushed ourselves further than we thought possible and have, as a result, discovered all the best Shrine rewards in Sifu that’ll help you start out on the right foot – or the left foot. We’re not sure which one you prefer when kicking butts, but either way, we’re here to help.

Each Shrine gives an option of nine different rewards. Each of these is split into three different categories, each of which has its own limitations or requirements that need to be met in order for you to pick it. So, these are the potential Shrine rewards:

While these are all theoretically good rewards, figuring out which one you should take is tough. Obviously, resetting your Sifu death counter is useful, but it’s not one of the ones we’d take unless completely necessary. The best Sifu Shrine rewards are the ones that’ll help you stay alive, but also fight back against the oppressively powerful bosses. 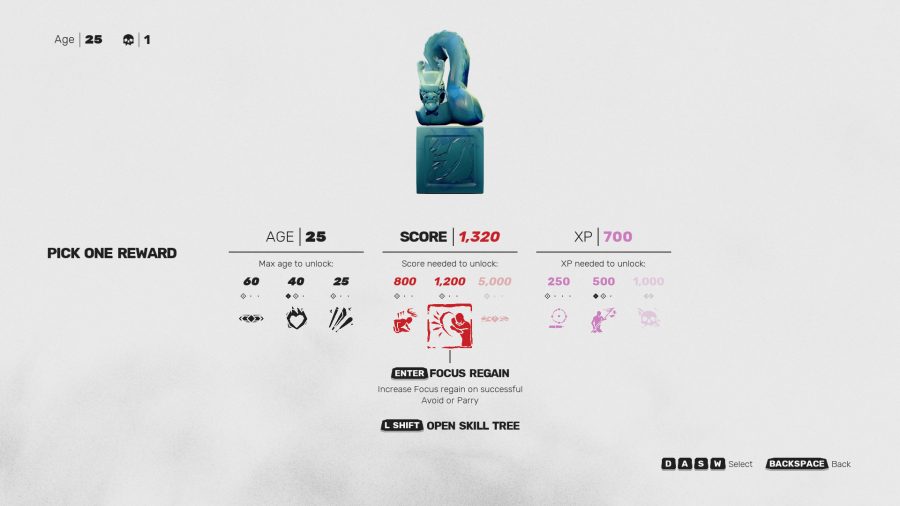 The best Sifu Shrine rewards are:

Why these three skills, you ask? Well, Health Gained on Takedowns is good because as you take a beating from enemies, you’ll gain health as you go. While this doesn’t stop you dying, it does help you stay healthy – providing you’re not fighting bosses, of course.

Parry impact is great because as you’ll need to parry bosses, you’ll want to do more damage to them too. This skill is a huge boon that’ll help you get through each fight quicker, resulting in less death overall.

Last but not least, Focus Regain allows you to use special unblockable attacks. These are great for opening up an enemy’s defences and getting in a couple of attacks for free. Because you should basically always be avoiding or parrying attacks to keep enemies within your reach, you should find this one to be immensely useful no matter what your preferred style of attack is.

So there you have it, the best Sifu Shrine rewards to buy right now. If you’re not sure where the best places are to find a shiny jade dragon, make sure to check out our Sifu Shrine locations guide for a quick heads up on where to find them.