Classic MMO game RuneScape celebrates its 20th anniversary this year. The fantasy-driven world of Gielinor has gone through a number of iterations over the years, and has even found itself divided into two separate experiences. Right now, players looking to jump into RuneScape can do so either through the modern version of the game, or through its Old School counterpart – a snapshot of how the game existed back in 2007, though with a host of new updates.

It isn’t just what kind of RuneScape players can experience that’s changed, either. Having originally come into existence as a browser-based game, RuneScape now has clients for Windows, Mac, and Linux – it even came to Steam last year. However, perhaps the biggest shakeup for the world of Gielinor – at least so far for Old School – is its port to mobile.

Speaking to Pocket Tactics, RuneScape product director Matt Casey recently revealed that Old School’s mobile launch propelled membership numbers to such an extent that they actually broke the previous record set all the way back in 2008. As such, developer Jagex is now hoping that the upcoming crossplay port of RuneScape’s modern iteration on mobile next month will have a similar effect.

According to lead designer Dave Osborne, RuneScape has always maintained an essence of cross-play, long before the feature formally came into existence. The low spec requirements for desktops to run it meant RuneScape could pretty much be played on anything. For many, this made the MMO game far more accessible than its glitzier cousins. 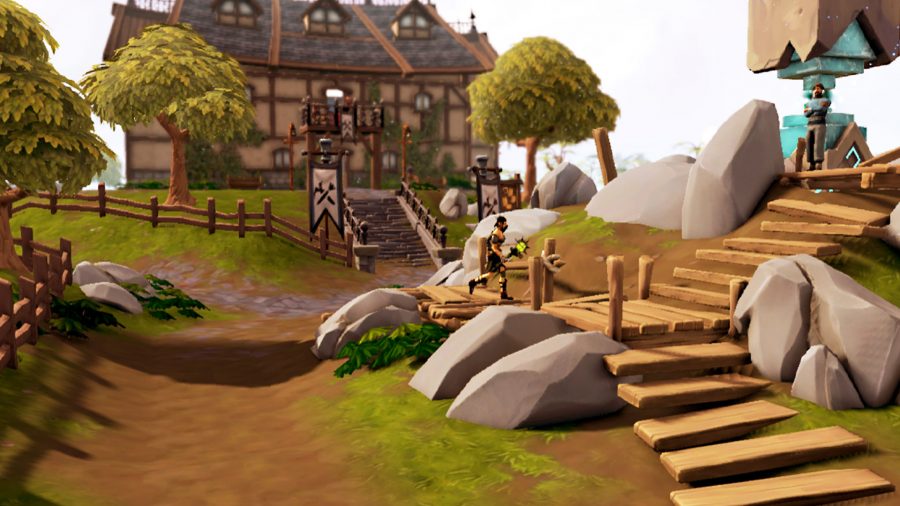 “Even if you went back like 17-18 years ago,” Osborne tells The Loadout, “when people were playing RuneScape back then, one of the joys of it was that you could hop into a library, hop over to a mate’s house, or even get on a school computer and just pick up your avatar where you left off.”

As such, RuneScape and mobile go together like your Rune armour and that totally unsuspicious dude who says they’re going to trim it for you. “RuneScape has always been a clear candidate for bringing to mobile because you can just boot up your avatar, wherever you are – be it on the bus, or on the toilet, even when you’re watching Netflix – and make progress,” Osborne says. “So it’s always been a question that’s been there, floating in the air.”

When Old School RuneScape first came to mobile back in 2018, Jagex had finally achieved that completely portable experience. But the journey wasn’t easy. As Osborne says, the studio had explored the viability of bringing the game to mobile several times before it finally became possible.

“We hit our heads against various walls over the years,” he says. “There are various ways to play RuneScape – you’ve got PvM-oriented players, skilling players, etc., and you’ve got to have elements on the interface for all of that. And then we don’t want the handset to be burning in people’s hands, so we’ve got to look at efficiency – there were so many different things that we didn’t feel like we had the expertise or the ability to pull it off.”

However, the desire remained, alongside the huge demand from the broader community for the mobile experience – this has also been the case for modern RuneScape. To executive producer Ryan Ward, the move to mobile is a major step towards bringing access to RuneScape to as many platforms and players as the studio can. 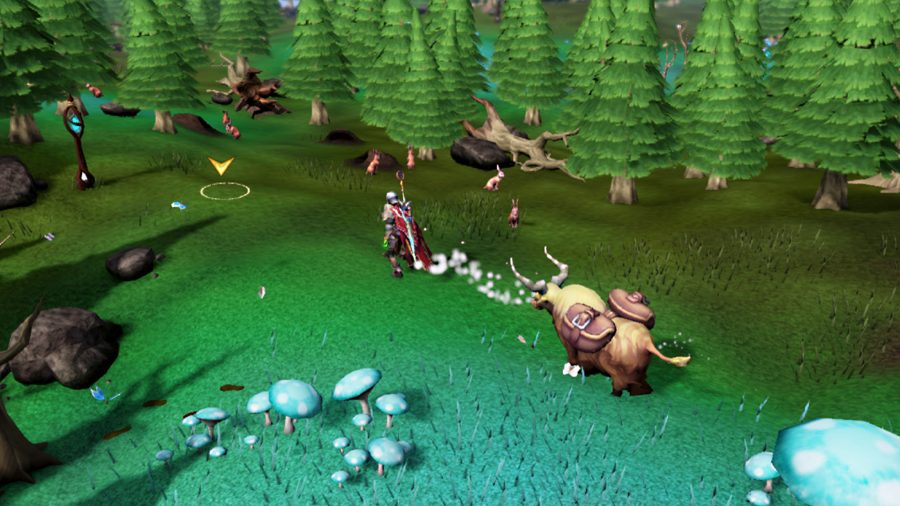 “We take that accessibility really to heart,” he says, “so we’ll likely see RuneScape on more platforms beyond mobile. We’re not mobile developers, and we tend to have a desktop-first perspective, but we have to adapt to the future – there’s new demands, new generations of players, and all of this is a super important part of that.”

Alongside multi platform accessibility, as well as a string of new accessibility updates that will help players with impairments, the first-time user experience is also a major element the RuneScape Mobile team has looked to modernise and make more palatable – trimming down the onboarding process dramatically.

“First-time user experiences can be a difficult mountain for gamers,” Ward says. “And from a desktop perspective that is quite a long, long journey. Over the last couple of years, we’ve been able to test several different versions of it on mobile.”

Set in the small town of Davendale – the brand new tutorial area for Mobile – players can now learn the basics that they’ll need to survive the trials and tribulations of Gielinor in record time. Ward even reckons players can get in and out of the tutorial zone quite comfortably in under ten minutes.

It’s not only the early game that Jagex has been eager to get right for the mobile experience. Osborne notes that one of the major difficulties players are currently experiencing on Mobile comes from late-game PvM activities. With rapid inputs required to carefully navigate intense encounters, things like armour switching to match a boss’ stance take much longer on the smaller device.

However, he also reveals that the studio is looking at certain implementations to remedy these issues, such as one-touch shortcuts to immediately switch between full armour sets. Attempting to ensure total parity between the PC and mobile experience is undoubtedly a difficult tightrope act to execute, but the devs remain confident that they can deliver on it. 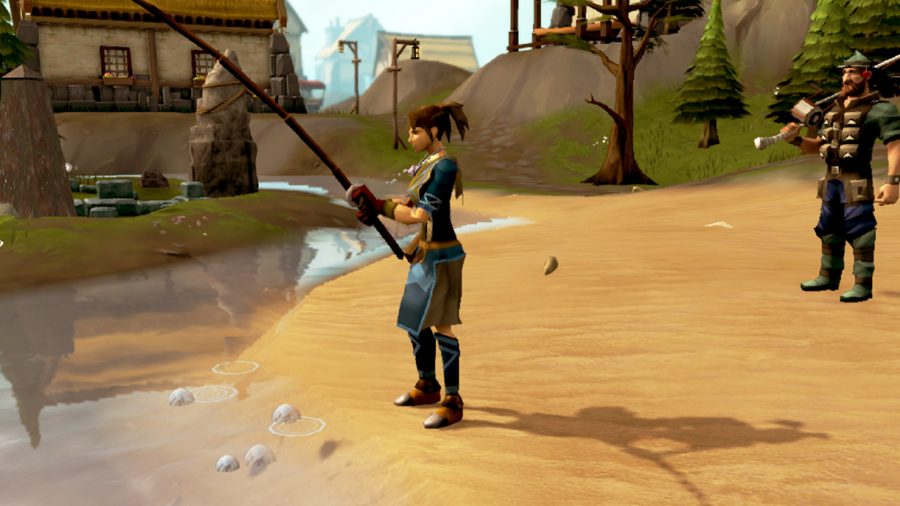 “It’d be fantastic if my raid party had a diverse group of mobile and PC players,” Osborne says. “But that’s a journey we’ll go on over the course of the next however many years.”

Parity between PC and mobile is only one way in which the Jagex team is working to implement a seamless cross-play experience. As Ward says, the most crucial part of making crossplay work is grounded in RuneScape’s own community.

“Here’s what I’ll say is maybe some of Jagex’s secret sauce: community is everything,” he says. To Ward, a positive community reception to any new platform is the key to success. “When we put RuneScape on Steam, our player base was just mind-blowingly awesome in what they did by putting the word out, creating content to help new players, and putting out extra wiki work.”

That same community, Ward says, is already hard at work preparing for the launch of Mobile. “We asked our players and content creators for similar help with Mobile, and we’ve already started to see new starter guides, and tips and tricks content appear.”

Throughout our chat, both Osborne and Ward frequently mentioned the ‘essence’ of RuneScape that the studio was trying to bring to its mobile experience. We wanted to know what that essence was to them. 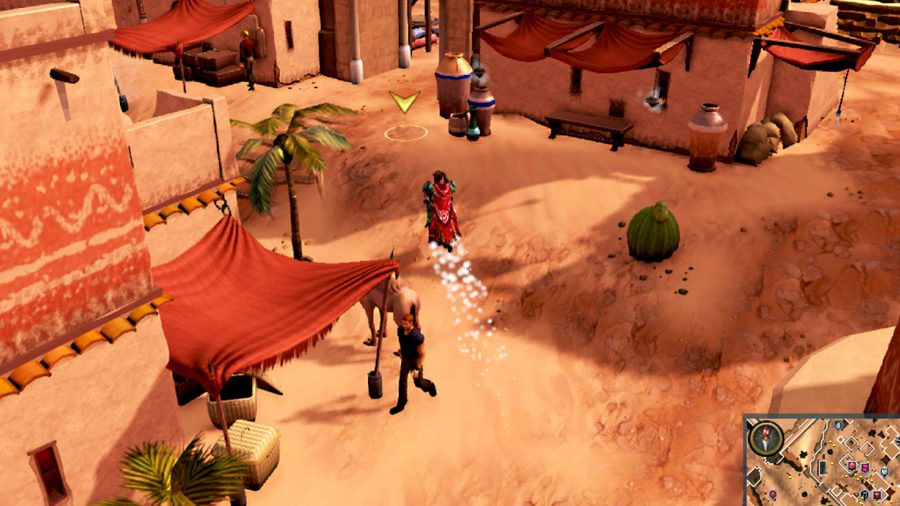 “One half is the subversion,” Osborne says. “We’ve almost come to expect what an MMO will look like and do – it’s almost like a template. And RuneScape constantly decides it won’t [stick to that template]. Its story is quirky and humorous and British, and the interactions are unusual – I’m not saving princesses, I’m saving dwarves with beards like Rapunzel instead of hair like Rapunzel. And that’s fantastic.

“On the other side, I don’t think I’ve ever played another game – let alone another MMORPG – that stacks so much on the avatar. When I get into the game, I just see so many potential futures. Am I going to be a cook? Am I going to be a thief? Or am I going to go for achievements? There’s so many ways to achieve in this sandbox MMO, and I love that we don’t make that linear, that we don’t author it, and it’s up to you. I also love that you don’t have to have multiple characters to get the full experience.”

For Ward, RuneScape’s essence lies in bringing “strong contrasting moments of life into a digital world.” It’s about the people you meet, the challenges you face together, and the emotional attachment to the world of Gielinor you develop. Echoing Osborne’s sentiments, Ward believes that freedom of choice is crucial to that – “enabling agency is really the heart of RuneScape,” he says.

With a feature-rich mobile port on the way, an energised community behind it, and a passionate development team bent on imbuing as much of the game’s essence into the handheld experience, the future of RuneScape is indeed looking bright.

With RuneScape Mobile pre-registration still underway, players hoping to hop in on June 7 when it launches on iOS and Android can also snag some extra goodies for their troubles.