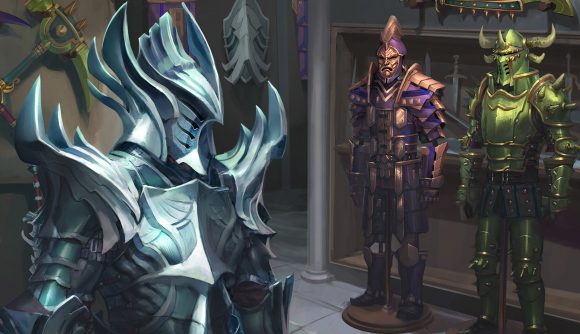 Accessibility is an area of ever-growing importance within games development. Last year, The Last of Us Part II was unanimously praised for its slew of features targeted at players with various impairments. However, much work still needs to be done, and not just for those developing new titles.

Take, for example, RuneScape, which this year celebrates its 20th anniversary. The classic MMO game’s executive producer, Ryan Ward, tells The Loadout of his initial difficulties playing the game when he joined Jagex in 2019. “Back when I started, I simply couldn’t play the game. My eyesight isn’t the best in the world and it was enough for me to be like, ‘I actually don’t really enjoy this.’”

With the development of its mobile port – which is set to launch next month – Ward says the studio has put a great deal of work into improving the experience, starting with the text. “The way we built text originally was on something called Sprite Sheets – this is an old way of making videogames,” he says. “We’ve recently been able to shed that and take on vector fonts, which is a really big advancement for what we’re able to do in being able to scale to different sizes of user interfaces.”

Alongside changes to the text itself also come improvements to aliasing, and how text interacts with backgrounds – something Resident Evil: Village has recently received criticism for. Jagex, Ward says, has even looked at the game’s core art design for ways to make it more accessible to players.

In our new tutorial on Davendale, we have been experimenting with success anims while Fishing and a new more visible fishing spot. What are people's thoughts and would you like to see this used in more of the game? pic.twitter.com/ZwkiuIZqGl

In terms of visuals, lead content developer ‘Mod Daze’ has recently shared progress on an update to fishing spots in Mobile tutorial zone Davendale, which they hope to eventually roll out across the board. “We’ve been watching new players try the game and they’ve consistently struggled to find fishing spots,” they say.

Signalling the importance of these improvements to the broader community has also been of great importance to Ward, with Jagex opening a dialogue with the community about these upcoming changes last year.

Ward also states that the studio has hired more talent to facilitate the design, development, and deployment of these changes – many of which may eventually find their way into the game’s desktop version as Jagex has no intentions of leaving Mobile’s big brother behind.

Stay tuned for more RuneScape content, including the full interview with Ryan Ward and lead designer Dave Osborne, as it lands on The Loadout this week.