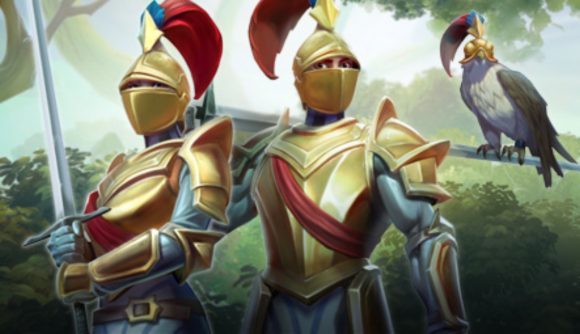 The unstoppable juggernaut that is mobile gaming continues to grow by leaps and bounds year on year. It comes as no surprise then that, for many console or PC-based developers, the lure of the platform is too salivating to turn down. This includes RuneScape developer Jagex.

The subsequent worry for many players – as RuneScape executive producer Ryan Ward tells The Loadout as part of an upcoming interview – is that the pursuit of the small screen experience will result in its bigger brother being left behind. After all, many of the UI and engine optimisations promised in the popular MMO game’s upcoming mobile port may leave its PC counterpart feeling a little dated.

However, Ward stresses that the end goal for RuneScape is complete parity in experience across both platforms. If anything, Ward believes that Jagex’s maiden voyage into the mobile market is going to help the studio make the desktop game even better. “Because of our lowest common denominator in mobile, PC all of a sudden gets a kind of reset or new perspective to it,” he says.

“When you make PC and console games, you often use the console version as the lowest common denominator for things like interaction and UI design,” he continues. “With mobile we deviated a little bit, but as soon as we can tackle some of the biggest launch items, we’ll be able to spend some more time on the desktop version and bring them closer together.”

#RuneScapeMobile is making its way to mobile this Summer, and you can register for it today!

🧑‍🤝‍🧑 The more registrations we get, the more goodies you’ll unlock – spread the news to all your friends. pic.twitter.com/Y0BCam2AQj

Players will also be pleased to know that the studio will not be diverting resources from the PC version of the game to mobile. Throughout the development of mobile, Ward says Jagex has brought in a host of new talent to supplement its team, ensuring both formats get the love they deserve.

RuneScape Mobile will join Old School RuneScape mobile on the Google Play store and iOS when it launches on June 17. Look out for more from our upcoming interview with Jagex as it lands this week.