When news first broke that Yanis ‘Alpha54’ Champenois was going to replace Kyle ‘Scrub Killa’ Robertson on Team Vitality’s Rocket League roster, it was hardly a surprise. Scrub Killa’s departure was an open secret for weeks, but many doubted the Frenchman could keep the team at the heights they were accustomed to.

Fast forward to the present day and things are quite different. Following the conclusion of a turbulent RLCS season, Alpha54 has proved he’s up to the job. The French team recorded a second place finish in the Season 9 finals, after posting an impressive 8-1 regular season.

Days on from their loss in the finals to Dignitas though, we got a chance to speak to Alpha54 about his move to the dominant French team, and it’s safe to say he feels pretty positively about the last two months. “At the beginning of the season, we weren’t playing that well because we needed time to click,” Alpha54 tells The Loadout over Google Hangouts. “The off-season is short, and we had a month or whatever to train. The RLCS is different to scrims, so we needed to just adapt to each other.

“During the whole season, we clicked more and more and played better and better – we only lost two series. I can say we can take everything as a positive, except for the fact that we didn’t win finals.”

Of course, Alpha54 had to live up to expectations. Scrub Killa left the team after three seasons, one of which included a RLCS World Championship win, but he didn’t let the pressure get to him. He has a natural chemistry with Alexandre ‘Kaydop’ Courant and Victor ‘Fairy Peak’ Locquet, which apparently helps them from tilting in bad games.

“We are all good friends,” he tells me. “Whenever we play – even if we are losing – there are always positive vibes. We just tell each other what went wrong so we can improve on it next time.” 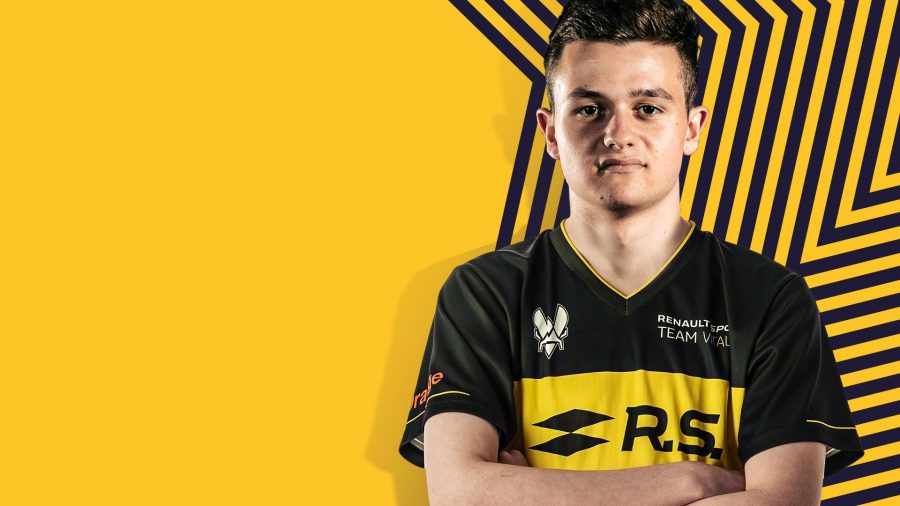 And when it comes to playing with the greats, Alpha54 says it’s easy. Kaydop’s strength in rotating and decision making makes him the perfect person to play with and Fairy Peak’s impressive shooting accuracy makes him a dangerous attacker. And Alpha54? Well, he’s a bit more passive if you compare him to his predecessor.

“Scrub is a good player but I think he takes more space than I do – in Vitality at least. He has more of a ball chasey style – he take more balls than me – and he plays more aggressive.”

To top their near perfect season off, Alpha54 and Fairy Peak were awarded Clutch Playmaker and Golden Striker this season respectively, although Alpha54 has admitted he’ll be sharing the $1,000 prize with Kaydop after there was a bit of an internal tussle for the title.

Related: Everything you need to know about Rocket League ranks

“At game four, we said whoever wins it, wins it and we’ll split it with the other,” Alpha54 tells me. “I won, but I’ll split it with Kaydop. I wanted to win it at first, but then Kaydop made like five assists in the first game and I was like ‘wait… I’m going to lose it to Kaydop!’

“It wasn’t even Kaydop I was scared of – it was AztraL getting ahead of me, but then Kaydop made so many passes in the first few games. We were at the top, so in the end we were just kind of trolling and having fun. At the end of the day, we were both going to get $500.”

Even though Tean Vitality fell short at the final hurdle this season, Alpha54 is proud of what they have achieved and can’t wait to build on their success.

The sky’s the limit and Alpha54 is reaching for it.