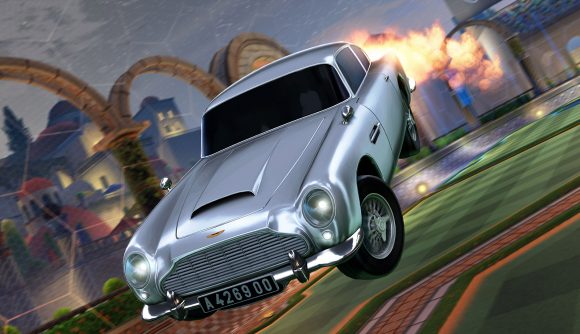 Rocket League has had its fair share of cinematic crossovers over the years, with iconic cars from Back to the Future’s DeLorean to Fast & Furious’ Nissan Skyline popping up in Psyonix’s vehicular soccer game. However – especially for British players – few cars are quite as iconic as James Bond’s Aston Martin DB5, which is shaking (not stirring) up Rocket League on July 29.

The DB5 – which will be available in the item shop for 1,100 credits until August 4 – comes with the famous Silver Birch finish sported by 007’s model. It will also feature real DB5 engine audio, DB5 wheels, and a Reel Life Decal – a rather sophisticated runner to climb the Rocket League ranks in indeed.

Having first made its appearance in 1964’s Goldfinger, 007’s gadget-filled and heavily-weaponised DB5 has been a recurring feature throughout the series’ storied history. Alongside Goldfinger, the DB5 has toured its way through GoldenEye (1995), Tomorrow Never Dies (1997), and Daniel Craig’s quadrilogy of Casino Royale (2006), Skyfall (2012), Spectre (2015), and the upcoming No Time To Die which is slated to release later this year.

You can check out the dramatically debonair announcement trailer for 007’s Aston Martin DB5 below. We reckon it could easily be one of the best Rocket League cars yet. 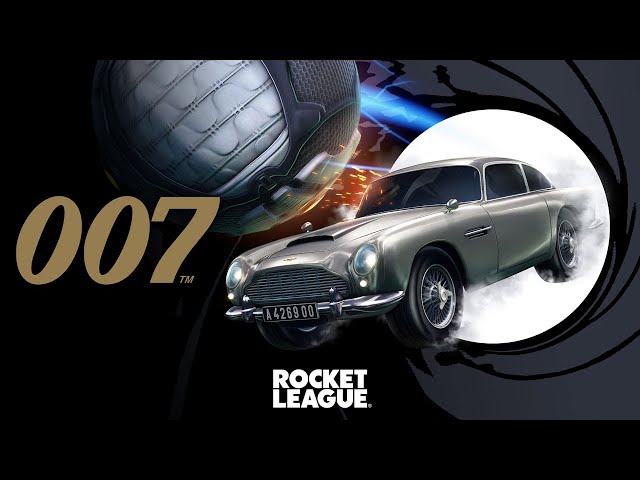 According to Psyonix, the DB5 is only the first piece of Bond content that will be making its way into Rocket League, as the studio has signed a multi-year deal with MGM for the licensing rights.