With over 2,100 hours in ranked – that’s more than three months straight – Rainbow Six Siege is responsible for introducing me to some of the closest friends I have. Unfortunately, the same game that brought us together now prevents us from playing with an MMR cap that does far more harm than good.

Ubisoft introduced the first MMR cap late in its fourth year, combatting cheaters and boosters by ensuring there was no more than 1,000 MMR between the lowest and highest-ranked players in a squad. It wasn’t terribly prohibitive and helped dismantle the market cheaters had created to boost lower ranks so they could get their hands on the best end-of-season charm.

Fast forward to the start of year six and Operation Crimson Heist lowered the MMR cap to a much more restrictive 700, all because Ubisoft’s data suggests this “reduces the skill gap between teams while having the least chance of limiting potential squads.” However, with the entirety of Platinum spanning 1,200 MMR, players in Platinum 3, for example, now struggle to play with those high in Platinum 2 despite being just one rank away from each other. Worse yet, while this MMR cap can prevent you from squadding up with someone in a neighbouring rank, matchmaking could still put you in or against a team outside of these limitations if it has to.

The following season, Operation North Star, bizarrely expanded these constraints to also affect your ten placement matches, during which time your MMR is completely hidden. You’re simply met with an unexpected message if someone in the squad falls outside the 700 MMR barrier and are prevented from searching, with no way to identify the unlucky player without visiting third party tracking sites like R6Tab.

This is particularly peculiar since Siege uses a soft MMR reset that takes into account your previous season’s performance to identify where your starting line should be. If everyone has a different concealed rating for the first ten matches of a season, it makes it significantly harder to determine where you are compared to your teammates. The aforementioned tracking sites help, but they sometimes display cached results, don’t update instantly at the end of a match, and shouldn’t really be a requirement to play with your friends, anyway.

I ran into issues after my third placement game, and was given the choice to simply drop from the squad, force everyone into a game mode they didn’t want to play, or switch to an alternate account. The latter is actually against Ubisoft’s terms and conditions in its attempt to prevent smurfing – those trying to game the system to get lower-skilled opponents on a secondary account. Sadly, the current matchmaking restrictions do more to encourage multiple accounts than the threat of a ban does to deter them.

Ahead of its sixth year, Ubisoft teased that a ranked rework is on the cards, with game designer Emilien Lomet more recently telling The Loadout that Siege “is starting to age a bit.” There’s no time frame on when to expect sweeping changes, but the developers “would like to provide a different version, one that we believe fits Siege better nowadays,” and a good start would be to look towards the game’s primary inspiration: Counter-Strike: Global Offensive. 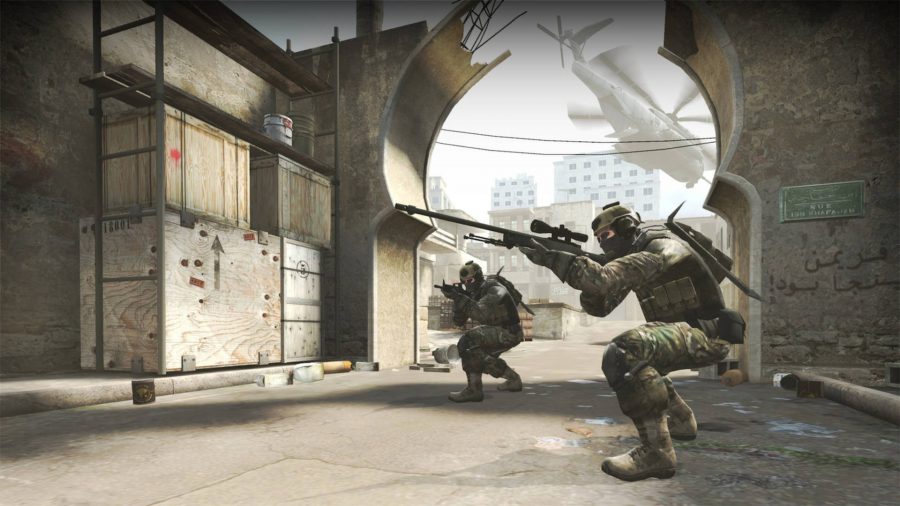 Not all of CS:GO’s systems would work in Siege, as placing a higher emphasis on a match’s K/D ratio would unfairly punish support roles such as hard breachers or those that heavily drone, but its queuing methodology would work a charm. First of all, CS:GO casts a wider net by letting you search with players that are within five ranks. Then, it does away with restrictions entirely when you’re in a full five-person squad, allowing you to queue with absolutely anyone and pitting you against enemies based on the MMR of the highest ranked member of the party.

Of course, there are concerns that Diamonds and Champions could inevitably fall into ranks they don’t belong in, and that it could open Siege back up to the same boosting exploits we witnessed during Year Four. I could argue that the former is not too much of a big deal, but the latter is something none of us want to go back to – even if it seems more of a concern for the anti-cheat than matchmaking.

CS:GO’s placement system would go some ways to deter this, as you’re only allowed to get two wins per day and ten wins are required to earn your rank. Admittedly, a minimum of five days to achieve your rank could prove frustrating with Siege’s seasonal reset every three months, but it goes a long way to preventing boosters and smurf accounts. 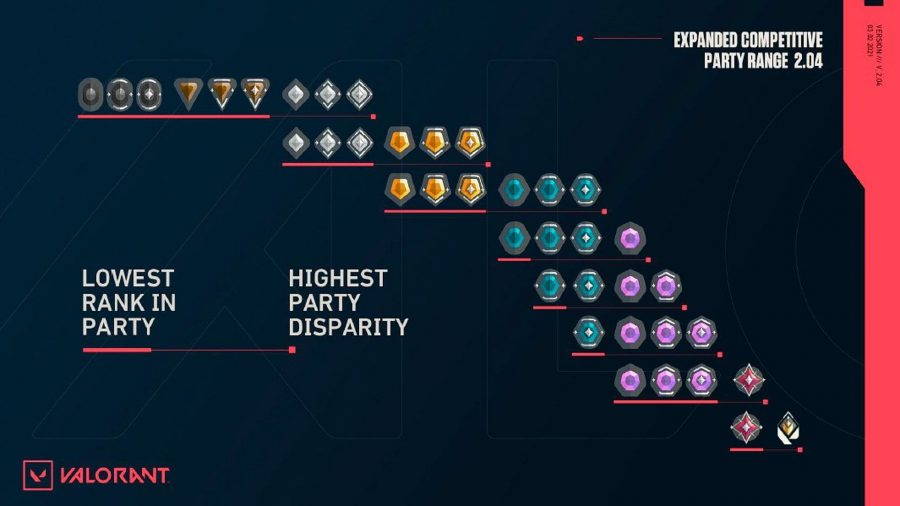 Valorant also has some hidden gems in its matchmaking, alongside allowing up to six tiers between the lowest and highest rank in a party. It splits matchmaking into two key points: MMR and Ranked Rating. MMR works in the background and is something you’ll never see, dictating how much of your Ranked Rating you’ll earn per win and drop per loss. Ranked Rating, however, is the public-facing number between zero and 100 that gives you a sense of progression and helps you understand how far away you are from the next rank.

The best part about Valorant’s system is that it prevents you from slipping from one rank to another as easily as you do in Siege. It’s not enough to lose more Ranked Rating than you currently have on-screen, as when you hit zero, you’ll need to lose another match before falling into the lower rank, giving you a chance to save your skin. It’s the same story with hitting 100 and needing another win, truly proving you deserve to climb the ranks. This would already keep friends playing together for longer in Siege rather than crunching the numbers after every match. 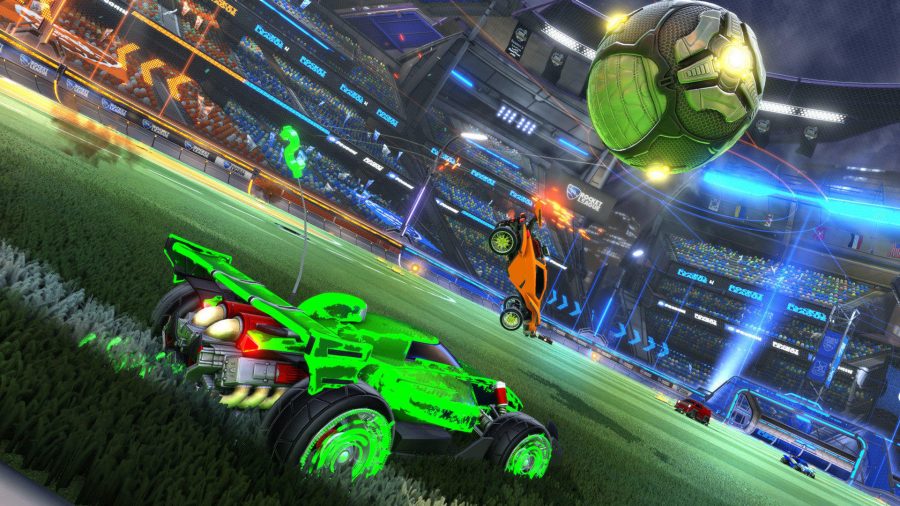 It might not be a shooter, but even Rocket League has ideas Siege could adopt with multiple ranked modes. If I can’t play with my friends in the current matchmaking system, it would be better supplemented with a separate solo rank to encourage people to play without a team. I’m not suggesting a dedicated solo queue that could potentially increase wait times in the ordinary ranked mode – although it would be interesting to see how everyone fares with an equal footing. Instead, I recommend that players be judged separately for their solo and team performances while still feeding into the same matchmaking pool.

Expanding on this, I’d even like to see separate ranks or ratings for different roles to encourage people to branch out from the operators they usually play and focus more on the objective than team deathmatch.

Ubisoft has a lot to learn if it wants to retain Siege’s ranked player base, as no one wants to spend more time checking whether they can play together and switching accounts than they do playing. It’s understandable that this will take a long while, too, as matchmaking systems are complicated beasts. But in the meantime, please Ubisoft, just increase the cap back to 1,000 MMR so I can play with my friends again.

Damien usually has electric coursing through his veins as PCGamesN’s hardware writer, but when he’s not playing with new gadgets, he lives and breathes Rainbow Six Siege.