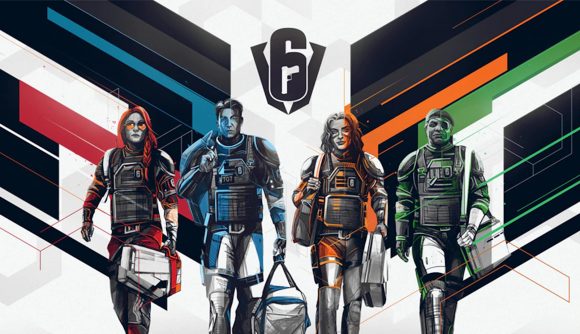 For a long time now, Ubisoft has been locked in an everlasting battle with players intent on ruining the competitive experience of Rainbow Six Siege. From cheating, to smurfing, to general toxicity, the tactical shooter has a lot on its plate – but hopefully not for much longer.

That’s because there’s a whole host of changes coming this year as part of Operation Crimson Heist and beyond that should reduce the amount of toxicity in Rainbow Six Siege ranked matches. The first is the reputation system, which, following extensive behind the scenes checks, is going to be fully implemented for Rainbow Six Siege Year 6. The system has five levels (from 0-5) and will sanction and reward players based on their behaviour.

The system is fluid meaning players will move in and out of negative, neutral, and positive standing depending on their behaviour – but there are some rewards in place to encourage players to be good, effective teammates. Ubisoft hasn’t confirmed what the rewards will be, but it has confirmed that these rewards will be removed if a player moves from positive to negative standing.

In addition to the reputation system, Rainbow Six Siege’s long awaited streamer mode should also make its appearance either at the start of Operation Crimson Heist or after the first big patch. The mode, which is currently available to test, will hide a player’s name, region, ping, and the names of everyone else in their lobby.

It’ll include a hidden matchmaking delay to prevent queue sniping and allow players to hide their clearance level and profile pictures. While this won’t remove stream sniping entirely, it should reduce the amount of toxicity influencers experience online – something that recently caused caster Jessica ‘Jess’ Bolden to stop streaming Siege.

Last, but not least, Ubisoft has confirmed it is planning to rework parts of the Rainbow Six Siege ranking system. While the mode has been largely untouched since its inception, the game’s development team believes it leaves a lot to be desired.

“We intend on reworking the ranking system entirely,” game director Jean Baptiste Halle tells The Loadout. “Right now, ranking relies solely on matchmaking rating – it gives an accurate evaluation of your skill, but it doesn’t necessarily provide the sense of progression and accomplishment that our players are looking for.”

Although we don’t have a timeframe on the ranked rework, players can expect a more rewarding mode that’ll help you improve season after season.