Something about the Rainbow Six Pro League finals in Tokoname feels special, like we’re about to see a new age of esports ushered in.

There’s a stereotype that Japanese gamers prefer roleplaying games and view the Western obsession with Western first-person shooters somewhat tacky, referring to the whole genre as youge — literally translated as “something else” in Japanese — and have generally steered clear. It’s usually used dismissively and for pretty much any Western shooter.

But now, we have 4,000 fans of the four-year-old Rainbow Six Siege game packed into the Aichi Sky Expo venue, itself opened in August of this year, to watch the Pro League final as eight teams from across the world fight to see who the best Siege team in the world is. Did I mention that the Aichi Sky Expo itself is less than six months old?

How did we get here? Well, it’s sort of Call of Duty’s fault. Square Enix, the RPG juggernaut behind the Final Fantasy and Dragon Quest franchises, released Modern Warfare 2 in Japan in 2009 and then-CEO Yoichi Wada said in an interview: “Even now, there have been people in Japan using the label youge with a terribly discriminatory meaning. I’d like them to try it once. If they play it once, they’d realise how incorrect that label is.”

This, combined with positive reviews, word of mouth, and a decent ad campaign, helped to encourage Japanese gamers to try it. It went over well, although the Japanese dub drew criticism: Japanese gamers were into the idea of gung-ho Westerners charging around dumping magazines of ammo, but if they were doing that, they wanted to hear the original voice acting.

Modern Warfare 3 launched two years later with both a dubbed option and original voice acting and subtitles and, suddenly, military shooters took off.

This concept of the professional video gamer didn't exist here

Steve Miller, the managing director of Ubisoft Asia, points to a few reasons that the game was so successful. “I think it particularly appeals to Japanese gamers’ sense of team unity,” he says. “Each person on the team has a specific role. So it’s not just picking up a gun and running around shooting people because if you do that in Rainbow Six, you’re going to die.”

Miller says that the deep commitment taken to learn the game and get organised drew in an audience in Rainbow Six that no game had ever really courted before.

“You have to think and you have to be specific.” he says. “You’re putting plans in place that involve people coming in at multiple angles at the same time: this person has to come through the door just a few seconds after the other person defuses this trap, and they both need to get in to watch as a third guy comes in through another entrance.”

“That’s interesting to Japanese audiences, and no other game offers anything like it.” 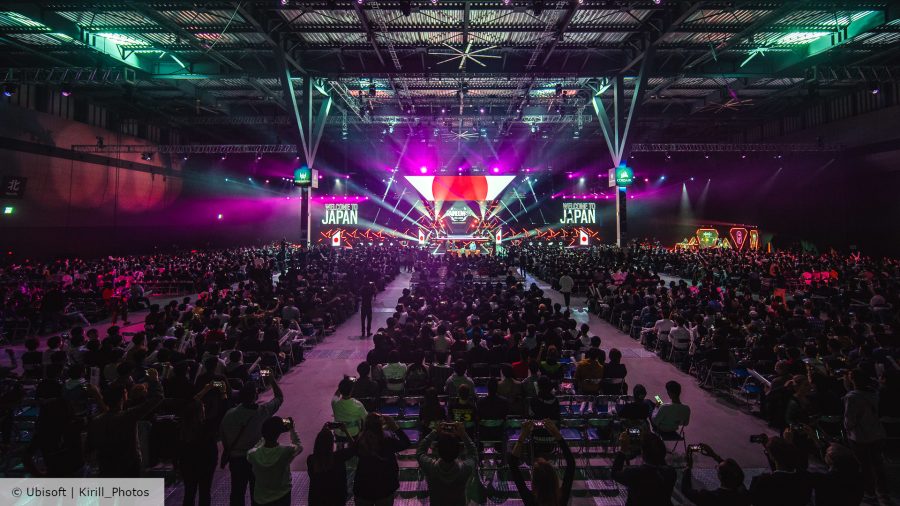 Nora-Rengo coach and owner Yasuhiro ‘kizoku’ Nishi, one of the best known worldwide faces of the Japanese Siege scene, spoke to The Loadout through a translator, and enthused about the complexity of the game, which offered a rigidly defined set of roles for players to inhabit, and strategies for them to practice and perfect, something which Miller agrees with.

“The downside to all of that complexity is that you can’t just pick up a gun and be proficient at Rainbow Six,” Miller adds. “It takes a bit of time to get to grips with everything. The upside is that once you’re good at it, it’s fun and addictive and I think it allows you to play for a long time. So I think it appeals to the Japanese gamers’ sense of wanting to have a particular job on a team and to want to be a perfectionist at it.”

Miller also points to the game’s high teen rating, mentioning that the game is not rated as mature in the country. A mature rating would have meant only players 18 and over could actually play the game. With high teen, many more people could get into the action, and this helped create word of mouth, letting the game grow a huge audience.

While Rainbow Six Siege audiences have embraced the Japanese operators – particularly Attacker Hibana, – the game actually found success in the region much earlier, just a few months after the game’s muted launch.

“We were suspicious at first because the game launched for us in December 2015 and the Japanese operators weren’t planned until late in 2016,” adds Miller. “We [Ubisoft Asia] were thinking, ‘This is ridiculous. The game is going to be finished by this. We want them now or maybe three months from now because our fans are not going to wait a year. They’re going to move onto something else.’ And the fans didn’t go away. The fans kept on. In fact, they kept on growing. And then the Red Crow mission launched and the Japanese operators launched, and that just really caused our user numbers to explode.” 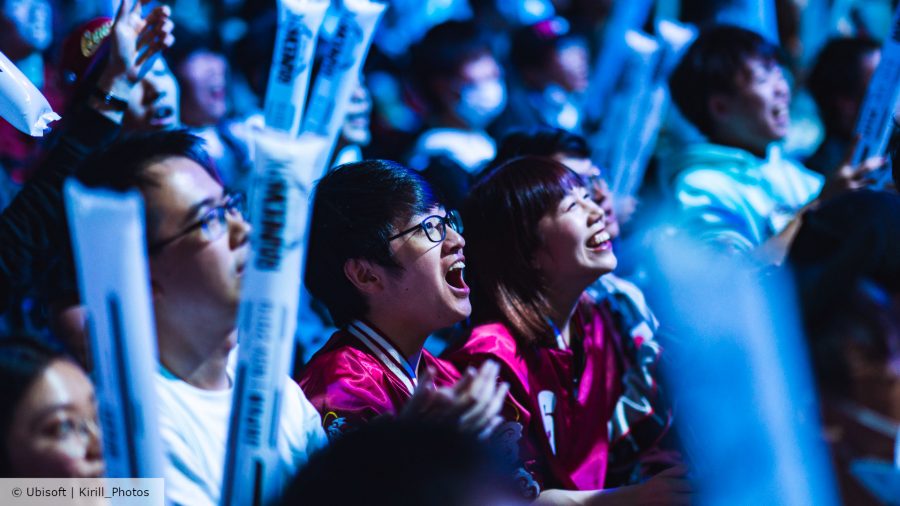 “It was a huge help. I think Siege would’ve been popular even without it, but it was certainly something that helped us. It gave us a whole new level of success that we were then able to do more things, more promotions, and more events.”

By June 2016 the game was “catching fire” with fans. “At first it launched [in December 2015] and it was underwhelming, but then six months later, we thought ‘it’s not only hit our original high expectations, it’s going to continue,”Miller continues. “The typical curve of a package goods title is that you launch it and three weeks later you have a nice peak and it gently slopes downward, but not with Rainbow Six. So that was something special.”

The game’s success with audiences was given a real boost when the game’s competitive scene came to life. If Call of Duty was a significant part of Rainbow Six Siege’s success as a game with local audiences, the Japanese government is largely responsible for the countries esports scene.

Related: What are the biggest esports tournaments of 2019?

“The Japanese esports scene took a while to develop compared to the rest of the world,” added Miller. “I think two years ago [February 2018], the Japanese video game organisation, the online gaming organisation, and the government worked together to define what is a pro gamer. And before there was no definition of a professional gamer. So we as a publisher could not offer cash prizes.”

Before this, there was a cap of 100,000 yen (around $900 in 2018) on prizes that could be won through esports events that are seen as being geared towards selling a particular product. This limited how much money could be won, which put off competitors in the region.

“We can offer cash prices to professionals as, say, a golf or a sports organisation, but videogame, this concept of the professional video gamer didn’t exist here.”

With big prizes now possible, the Japanese esports scene exploded. The APAC region was added to the Pro League at the end of Season 3, providing the region with a competitive framework, and Japanese team Nora-Rengo had placed fifth. However, now they had a chance to make actual money. 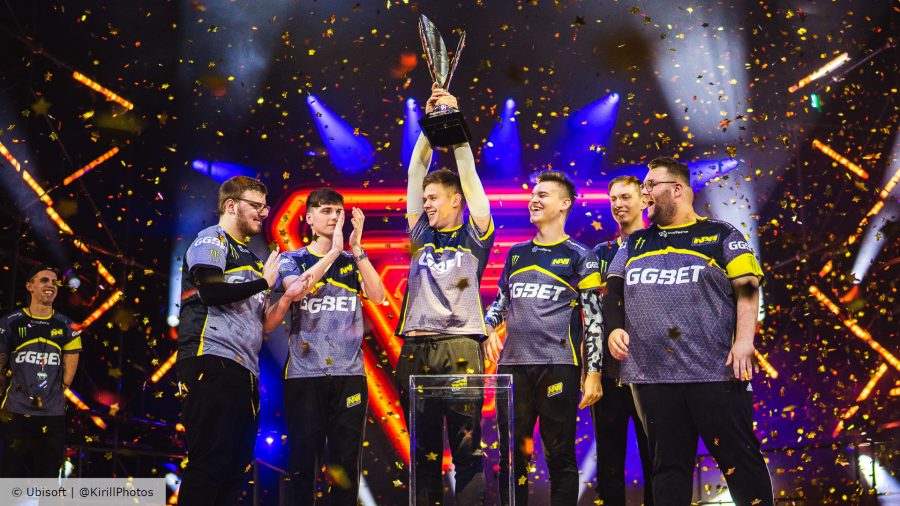 While the APAC region had often had breakout teams heading abroad to compete, an event in Japan would let eager fans see some of the world’s finest talent coming to throw down on their home turf.

Ubisoft sold 4,000 tickets for the event in short order, filling the room with an enthusiastic crowd who showed up to watch Natus Vincere take on all challengers and emerge victorious, a far cry from the ESL Premiership they usually compete in back in the UK.

However, while the event is a great feather in the cap for Ubisoft, proving that their support of the game in the region has paid off, in reality it feels more like a victory lap for the game’s Japanese fanbase. While other games have had serious success as an esport in Japan, none of them quite have the same sort of magic as Rainbow Six Siege.