The last month has seen huge changes in competitive Rainbow Six Siege, largely down to the fact that one of the scene’s greatest players, Niclas ‘Pengu’ Mouritzen, has decided to hang up his mouse for good. The two times Six Invitational winner has taken Siege to new heights, and, as a result of his shock decision, left many wondering who will replace him.

Enter Jordan ‘Kayak’ Morley. The British teenager has had some impressive performances with Cowana Gaming, but now he has the opportunity to step into the holes left behind by Pengu’s flippers and start a new chapter with G2 Esports.

It’s a big step up, but one that the youngster is adamant he’s ready for. So to find out how he’s getting on, The Loadout virtually sat down with Kayak to talk about upping his game, G2’s trials, and what words of advice he got from the man himself.

Here’s what he had to say.

The Loadout: Firstly, congratulations on the move to G2. How did you first learn of G2’s interest in you and how did you react?

Jordan ‘Kayak’ Morley: Thank you very much. I first learnt of G2’s interest when my old organisation, Cowana, told me that G2 were looking to trial me for an opening in their roster. Initially I was shocked as I didn’t know they were making changes and that I’d be considered, but also really excited and ready to be given the chance. The usual trial process proceeded and then I found out a few weeks later that I was officially joining G2. From there it really began to sink in.

This is a big step up for you in terms of the level of opponent you’ll be facing. How are you feeling about that?


This certainly is a big step for me in terms of competition compared to Challenger League, but something I welcome with open arms. I want to play the best competition and that means playing the best players and teams in the EU and the world. I definitely believe I can match the competition, if not better it, and I will be growing after each and every playday.

Now you’re at the top level of Siege, are there any players or teams that you’re relishing the chance to play?


As a G2 member, I think I’d be silly to not say BDS especially in the EU. I’ve been following that story since it started and especially since the last EU final was between G2 and BDS, I think they are our biggest competitor right now. Outside of the EU, I’d be looking forward to playing the likes of TSM, DarkZero, SSG, and Team Liquid just to name a few.

Your new teammates are all at least three years older than yourself and head coach Thomas ‘Shas’ Lee has also been around for some time – what do you hope to learn from a team with all this competitive Siege experience?

I think the biggest thing I can take from my teammates is definitely their experience. I want to pick up as much as I can, as quickly as I can. There are few players that can say they’ve been there and done that, and I’ll use the advice from their experiences to help further mine for my own personal growth, which will directly help the team in the long run.

With the move to G2, you have a Six Invitational to prepare for the first time. How big a deal is playing at the Invitational for you personally?


Well, to put it simply, there is nothing bigger than the Six Invitational when it comes to Rainbow Six Siege esports. It is the pinnacle, the crème de la crème, and I cannot wait to showcase my talents at the biggest stage in the world. I will be putting my absolute everything into that tournament – even though we will be a little short on preparation time compared to other teams who haven’t dealt with a roster change. I believe with the ability we have, we can make a deep run into the tournament if all goes well.

Tips and tricks: how to climb the Rainbow Six Siege ranks

As everyone knows, you are replacing a Siege legend in Pengu. Has Pengu had any influence on you as a player coming up through the ranks, how does it feel to replace him, and are you feeling any pressure as their pretty big shoes to fill?

Pengu definitely had an influence on me. While he was dominating the scene with PENTA and G2 and winning everything there was, I was coming up as a young, very inexperienced but hungry player just playing in the UK scene. Seeing his success made me believe I have what it takes – if I put the effort and commitment to the game just like he did.

I am not here to replace [Pengu], but to be the first version of myself

I don’t feel like replacing Pengu is the correct term as I believe he is irreplaceable, given what he has done for the scene in and out of the game and what he achieved. I feel like if I can come in, play my own game, create my own name for myself, and have fun doing it, I think I will fit in well and will hopefully help this team return to the top of Rainbow Six Siege as it once was.

Did Pengu give you any words of advice before he stepped down?


Yes actually, Pengu and I had a couple of words and the main thing I took from him was that I am not here to replace him, but to be the first version of myself. I admired that sentiment from him, as realistically he didn’t have to say anything to me at all. It just shows how much of a real, genuine guy he is, and I will always appreciate the words we had.

Recently, yet another icon retired: Troy ‘Canadian’ Jaroslawski. I’m curious to hear your reaction to Canadian’s retirement and what losing him and Pengu in the space of a couple of weeks means for the Siege community.

It’s a similar story to Pengu, [Canadian is] a guy who paved the way and set the high standards for the rest of the pro community. This is definitely a big hit to the community, as both are legendary players and combined have won more than the majority of any other pro players combined, however, I do appreciate their decisions to do so. 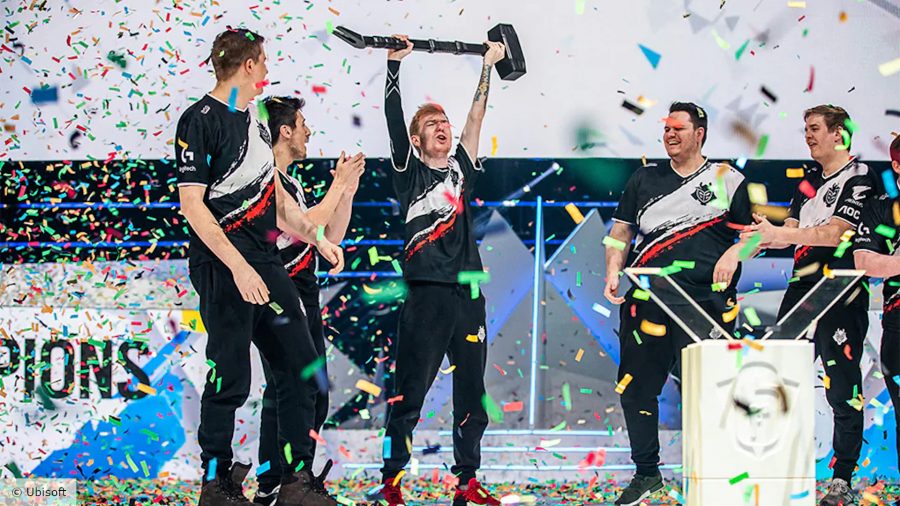 If you are not enjoying something anymore and you feel you can utilise yourself somewhere better – and you will be happier doing so – I think it’d be a no-brainer [to make the move]. I’m sure we haven’t seen the end of him and Pengu, they will still be around many years to come whether that be with content creation or Siege event analyst work, either way, their stamp on the game and the scene will never be forgotten.

Kayak will make his debut for G2 this weekend as the team kicks off Stage 1 of the European League 2021. While a lot of talk may still linger around Pengu, the young Brit is ready to make a name for himself and forge his own path through the annals of Rainbow Six Siege history.