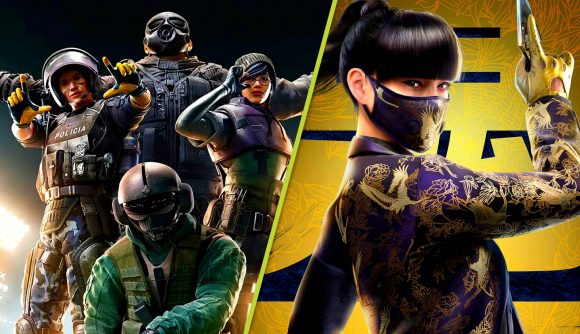 Rainbow Six Siege is going to have 63 operators to choose from when Azami is introduced in Operation Demon Veil, which is an impressive line-up. Back in 2018, it was reported that Ubisoft has a ten-year support plan for Rainbow Six Siege and an intention of introducing 100 operators to its tactical shooter. With the number of new operators dropping in recent years though, is that still a target for Ubisoft to achieve? Following a media event for Demon Veil, The Loadout asked Siege’s creative director Alex Karpazis about whether this is still their intention and how they’re approaching the task ahead.

If Ubisoft wanted to achieve this in its original ten-year plan, it would need to release over ten operators a year for Siege. When this fact was mentioned, Karpazis clarifies that the “promise of 100 operators” was a completely separate entity to the ten-year plan. “We want to think long term for the game”, he says, promising players that Siege will be supported for many years to come. However, it’s still Ubisoft’s goal to hit 100 operators in Siege “regardless of timelines”.

At the moment, Ubisoft is releasing four operators a year for Rainbow Six Siege. With the Year 7 roadmap confirming that another four operators are going to be released over the next 12 months, it would take Ubisoft over nine years to reach 100 operators at the current rate.

Introducing new operators isn’t the only way Ubisoft is keeping things fresh, though. Siege is getting its first new map in three years during Y7S1 and the addition of Team Deathmatch as a permanent playlist is just the start of Ubisoft’s plans to bring new game modes to its tactical shooter.

We can’t say for certain whether Siege is going to be around in 2031, but Karpazis and the development team are confident that they’ll have more operators to release for many years to come. Will any of those new additions challenge the best Rainbow Six Siege operators? We can only hope. If Azami is anything to go by, Siege fans have nothing to worry about.