Whether you’re just jumping onto Rainbow Six Siege fresh or you’re a returning player, the landscape of Siege in 2022 is totally different to everything that’s come before. The game has changed wildly since its launch in December 2015, meaning that formerly invaluable operators like Hibana are no longer an essential part of the meta, while many newer Rainbow Six Siege operators just aren’t making the impact you might expect.

So, we enlisted the help of Siege content creator ‘GriefDrums’ and Pro League commentator / analyst Jess ‘JessGOAT’ Bolden to help us pick the best of the best Rainbow Six Siege operators so that you can survive the draft phase and start every round with the best chance of success.

Final point of order, before we dive into a big pile of military badasses: every operator has some worth in Siege. If you comfort pick Thermite and he just works for you, keep playing him. This list is just the Rainbow Six Siege operators who will give you the best chance at success, so if you’re ever at a loss, adding these guys to your draft is never a bad idea.

Without further ado then, here are the best Rainbow Six Siege operators for ranked play in 2021. 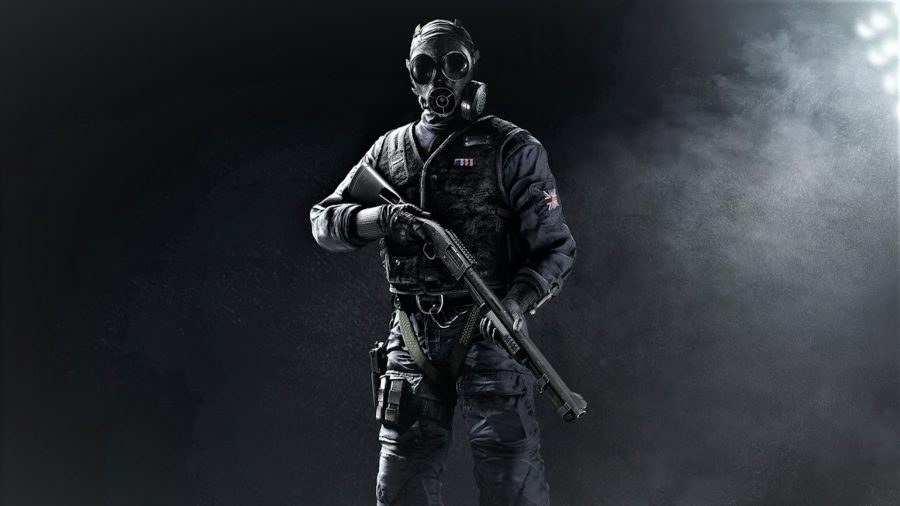 As one of the strongest operators to combo with a hard breach, it’s hard to build an attacking team without Thatcher. “Thatcher holds a rather powerful monopoly on attack and as a result boasts one of the highest competitive ban rates in almost any league,” JessGOAT says.

Thatcher has been in Rainbow Six Siege since the game’s launch and is still popping heads and opening up bombsites, with the combination of a fairly strong kit and an exceptional gadget. Although a recent nerf took away Thatcher’s ability to destroy gadgets, with his EMP grenades now merely knocking them out for a time, he’s still a fantastic choice whenever you’re not sure which operator you want to play.

“Although he only now disables gadgets rather than destroys them, this still gives a wide window of opportunity for the attackers to open walls, disable intel and area denial gadgets, and get attackers on site” adds JessGOAT.

Securing the objective is a crucial part of Rainbow Six Siege, so by providing a clear path for attackers to make entry (and the fact that certain breaches like Chalet’s snowmobile garage are impossible without him) has meant that Thatcher is truly the real MVP in attack. 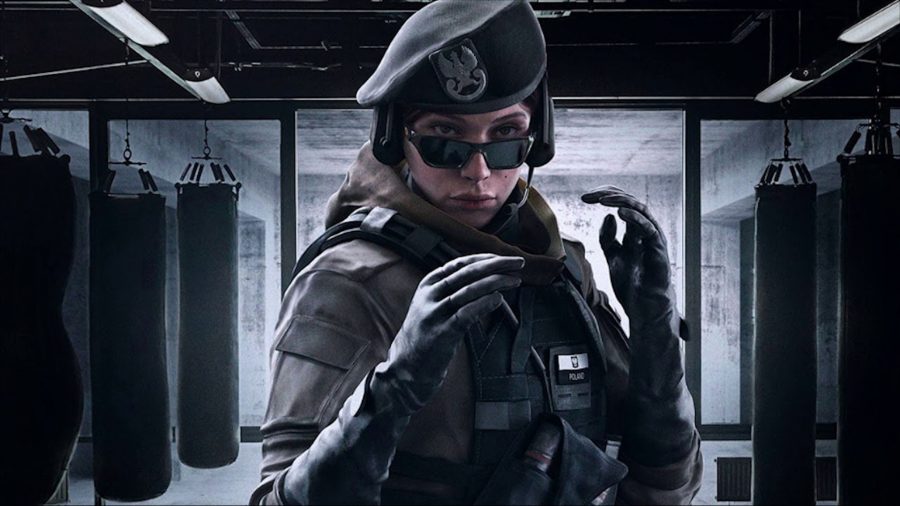 Zofia has a whole host of toys that combine to make her a powerful pick for any attacker lineup.

“Boasting a strong array of abilities in almost every category, Zofia is one of the highest picked frag/frag-flex operators in all of competitive play worldwide,” says JessGOAT “As a two-speed/two-armour operator, she also has a great primary and secondary weapon, in addition to her gadget: a launcher that provides destructive power alongside concussive power, making her a triple threat.”

Love tabletop games? Here’s a look at the Siege board game

But that’s not all. JessGOAT and Griefdrums were both keen to point out that Zofia can work with two different playstyles: she can be used to play aggressively and get frags or as a supporting role to destroy gadgets like Evil Eyes, shields or other devices you need an explosive for.

When you consider that Zofia can switch between those two roles in a heartbeat, you suddenly understand why she’s so beloved by top tier players. 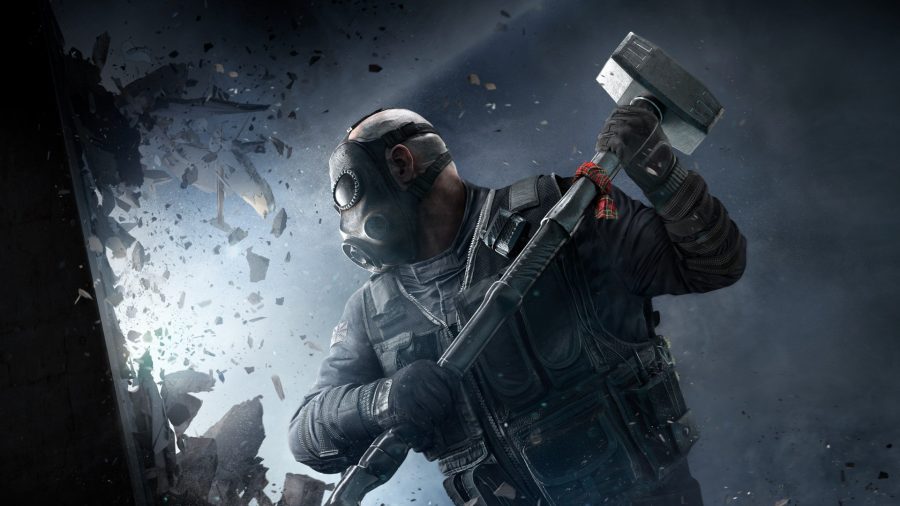 Another launch classic, Sledge combines significant soft destruction ability with his hammer and then rounds things out with his grenades and even the ridiculously powerful SMG-11.

“The most popular grenade operator in all of the attacking lineup, Sledge, has started to rival the competitive pick rate of Zofia,” says JessGOAT. “A lot of his strength comes from his ability to use his grenades to destroy gadgets/shields, but also be a viable softbreach operator with his hammer.

“In fact, if Zofia didn’t possess breaching charges, I think we would see his pick rate begin to far outweigh hers. This is due to the current meta allowing attackers to better utilise grenades to its full destructive power without worrying about anti-projectile gadgets as the primary meta.”

Sledge also gets a boost from his powerful SMG-11 secondary, making him effective up close and at range. 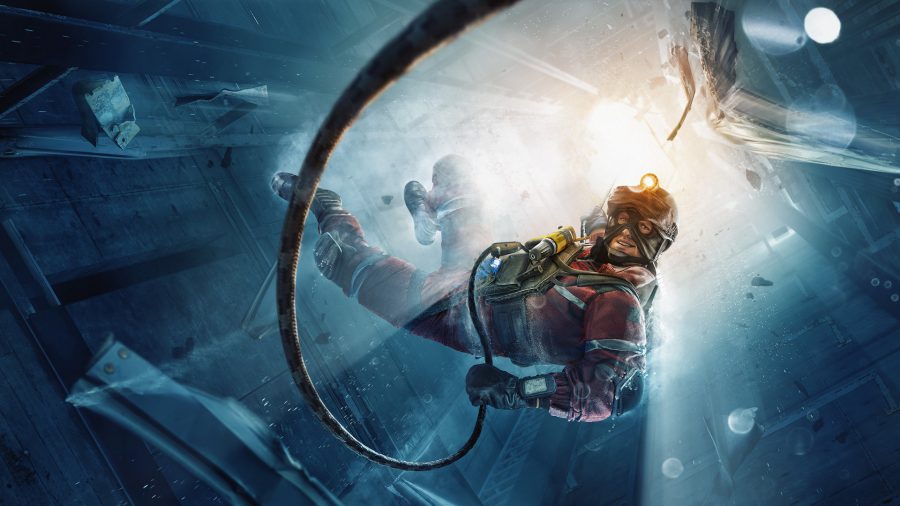 Want to know why Ace is worth a pick? Why not ask Griefdrums?

“Ace is an operator that brings just so much utility to the party, with his SELMAs he has the ability to open reinforced walls, remove shields and with potential changes currently on the Test Server, he may soon be able to counter Mira windows.” Ace’s new changes will help shake up the meta, especially since he can do it at range, rather than up close.

Add the AK12 and its phenomenal time to kill and access to smoke grenades that can block off lines of sight, Ace is a great choice, whether you use him as the backbone of your team or as a secondary breacher to open up additional angles onto the site.

“With potential upcoming changes seeing his smokes being swapped with Thermite’s Claymore, some may find it preferable to take the latter hard breacher due to more reliability to fully get the wall open, but Ace will always be a strong pick on any line up,” he adds. 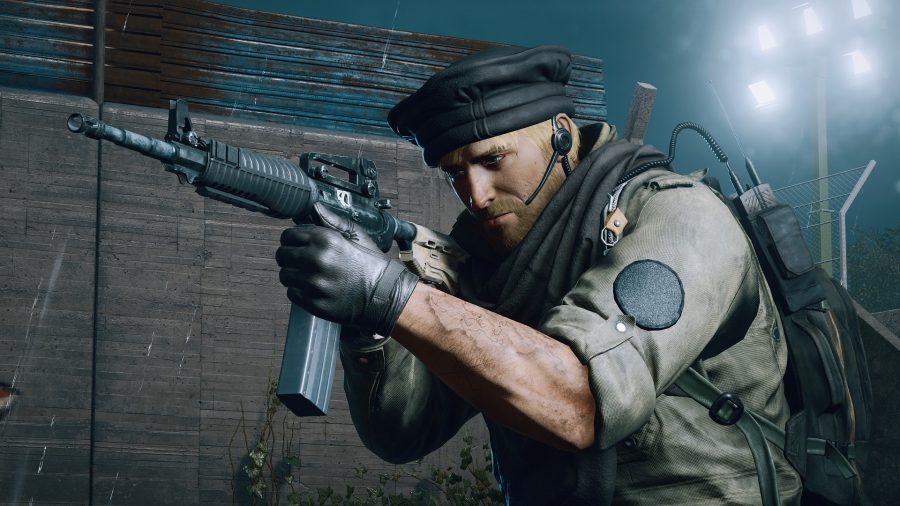 Another hard breacher, Maverick doesn’t care about your denial gadgets.

“Maverick can almost guarantee access through reinforced walls or hatches with his ability to burn a line across the top and bottom of a reinforcement and completely remove it.” says Griefdrums. “Boasting grenades for fragging capability or simply to remove any utility the defenders may have, Maverick enables players, whether solo or in a full stack, to get lines of sight and access where others can’t.”

If you’re alone, Maverick is always worth bringing to the party. You can carve holes and toss grenades through them, you can make little holes for you to shoot through… there are plenty of options. 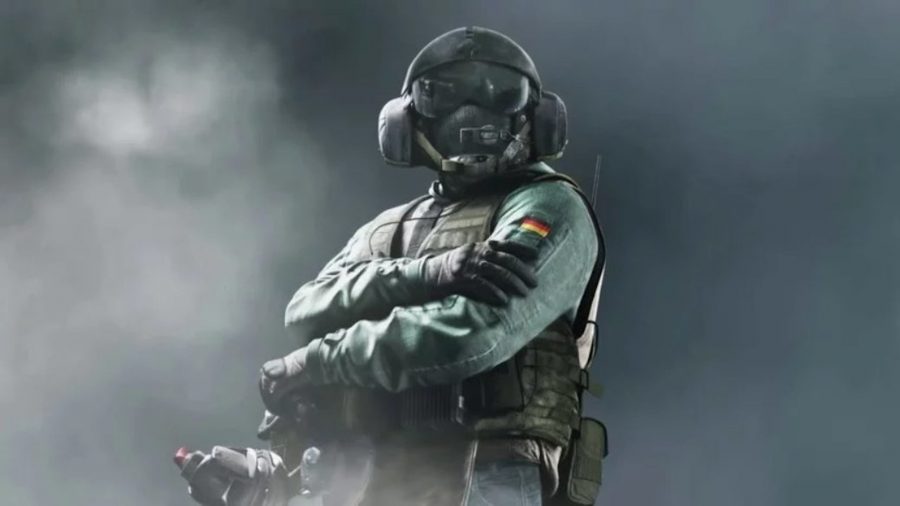 “Jager is beginning to rival Blackbeard in the nerf department lately, but no matter what the devs do to him, this op is so ingrained into the very fabric of Siege that you will struggle to see a defensive line up without him,” says Griefdrums.

Jager has a ridiculous pick rate, and is an enduring fan favourite, a combination of the 416-C, which rips and his ‘place and forget’ gadget, which lets you help your team out without really doing anything.

“His ‘place and forget’ gadget will still be active and assisting the team long after Jager is dead, especially now that they are active for the whole round rather than having limited uses like they previously did. Able to catch a stray nade that may have killed your anchor, or stacked with other Magpie ADS’ to enable a power position to be held by a defender, Jager can pretty much take any basic defence set up and improve it,” he adds.

Jager is a solid pick for most scenarios, but if you have a good aim and a good sense of positioning, you could dominate the game with this operator. 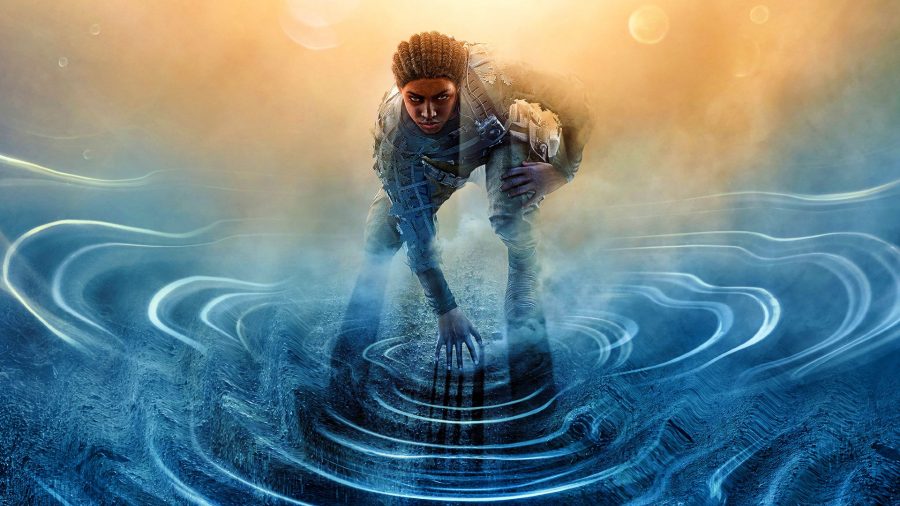 “Melusi’s banshee gadgets are sheer oppression. Whilst you can just walk up and punch it to destroy it, you have to get there first while walking like you’re stuck in quicksand, constantly waiting for her to come flying around a corner and shoot you when you are vulnerable,” Griefdrums says.

“With three banshees, she can lock down entire hallways or slow the push into rooms. Got a problem with attackers like Ash getting into the site too quickly? You can slow that push with Melusi or at the very least get an early warning notification when the attacker has to use utility and breaching rounds to remove this gadget from their path.”

Melusi is the perfect counter to a meta that was starting to focus on a rushed approach to getting onto the objective and getting the plant down, avoiding roamers and overwhelming the anchors on site. With her gadget making a lot of noise — whether destroyed by attackers or activated — Melusi is a great opportunity to stop that assault dead and give you time to reposition. 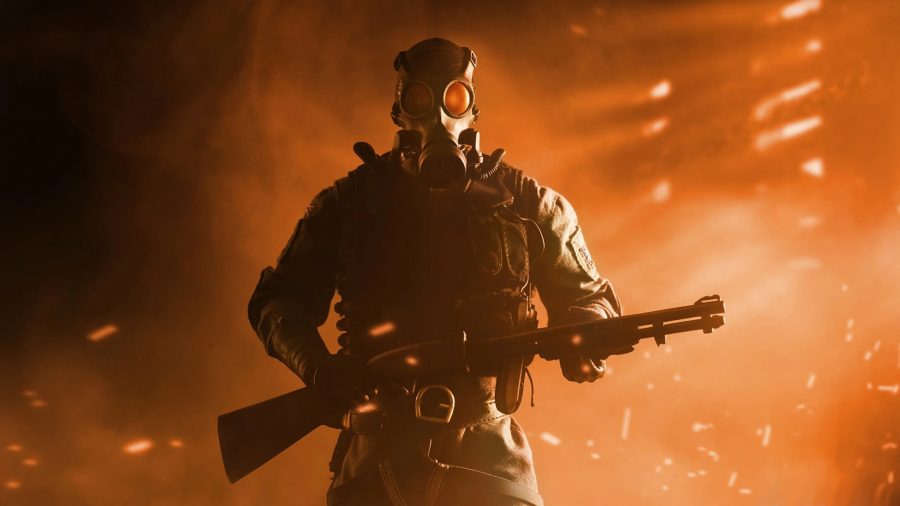 Got some DIY to do? Smoke will let you remodel the site as you want, boasting a great shotgun and a choice of either barbed wire or a deployable shield, letting you go all Grand Designs on any bombsite.

“Smoke has a great loadout, including the pocket sniper SMG11 secondary — a gun that’s great at just about any range if you’re able to control it — he is often a solid pick to waste the attackers time. With defenders only needing to stall the attackers until the timer is up, his ability to stall from over 30 seconds with his toxic grenade gadgets puts Smoke high up the list of best defenders,” says Griefdrums.

“One of the best things about Smoke is that the longer he is alive the stronger his gadget becomes. As time ticks down, every toxic grenade you have is ten seconds of denial, until you get to a stage where an attack will have to push through that gas and take damage over time moving through the gas. If you can take 30hp from an attacker, that’s one less bullet you have to land on them later.” 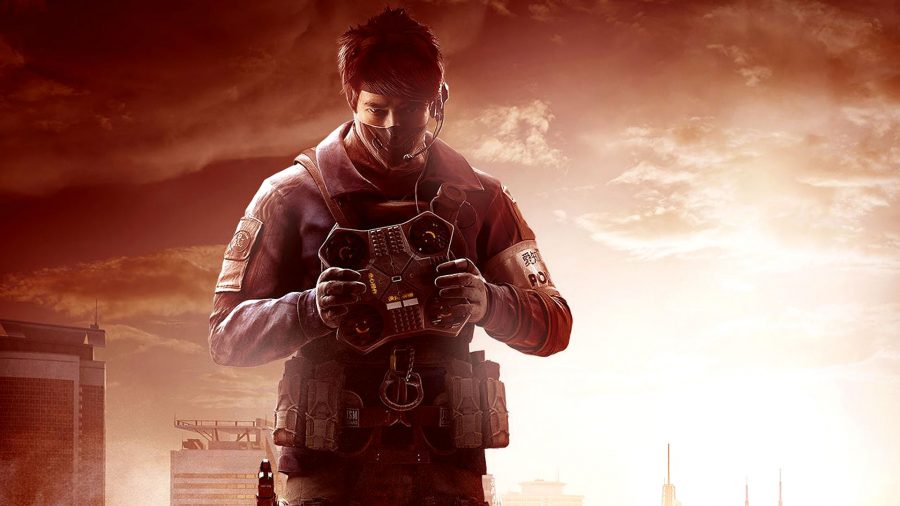 Echo has always had an unusual spot in the meta, but he seems to be coming back to the fore.

“Even with Echo’s recent ‘nerf’ we are actually starting to see a re-emergence of this operator and the damage he can do to teams and their objective plans,” explains JessGOAT. “Echo’s Yokai takes full advantage of teams who have left the plant to the dying seconds of a round and a skilled Echo player is always finding new and creative ways to hide and conceal the drones until they can fully manipulate said situations.

Bring in his MP5SD, which is a solid SMG with easily manageable recoil, and he’s no slouch at defending himself more directly, too.

Some teams are even using their initial Yokai as a roaming intel tool and then the remaining for objective denial, allowing a skilled support player to assist in multiple facets of the round. 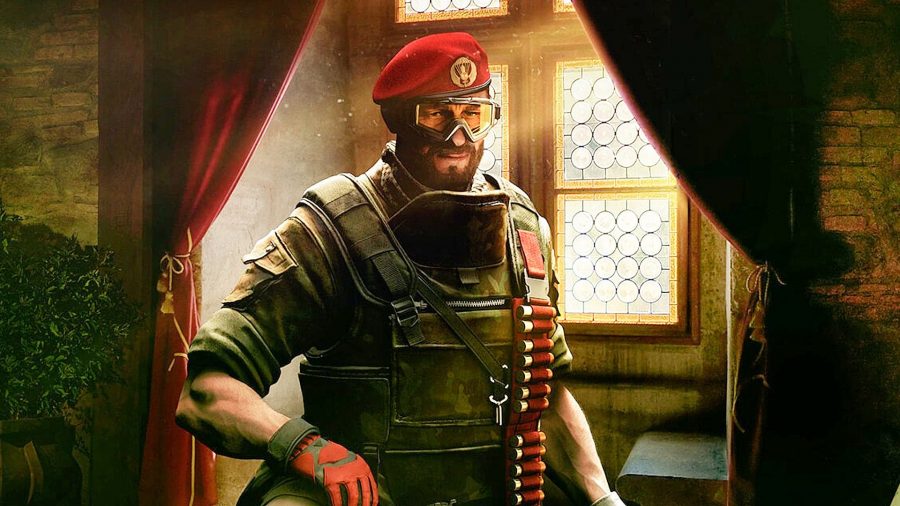 “What can I say, the Alda goes brrrrrrrr,” JessGOAT jokes. “But that’s not all. He possesses two intel gadgets that not only allow him to see through smoke and flashes, but also deploy a laser that destroys attacking drones, gadgets and can even provide consistent tick damage to players,” she adds.

Maestro has always had a strong presence, keeping him picked and on teams despite multiple nerfs to the Alda.

He also has the Baliff and Impacts to provide key rotates or to use for Selma/X-Kairo denial and his only real downside is being one of the slowest operators.

That said, if you’re looking for a support player that can hold their own should it come down to the clutch, then you won’t find a defender that boasts a higher clutch 1vX rate than him, especially due to the Alda’s punch power and enormous magazine size.

That’s all for our best Rainbow Six Siege operators guide. Hopefully this will help you move up the ranks if you’re currently stuck in ELO hell.