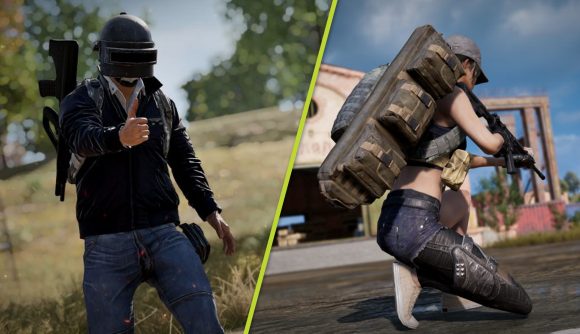 In an intense battle royale like PUBG, winning those one-on-one gunfights can be the difference between a Chicken Dinner or a smashed keyboard. To help you train for these scenarios, and to also bring a gladiatorial vibe to the game, PUBG update 17.2 is going to introduce a 1v1 training arena.

In the update, Training Mode will receive a new space for you to practice with a 1v1 arena that pits you against another solo player for a quick best-of-three. Each round will last just 60 seconds, with the sole goal of eliminating your opponent first. You can go in with whatever guns and equipment you have on you, so it’s perfect for getting to grips with new or recently-balanced weapons. Or it can just be a big ego boost before you’re next PUBG ranked match.

If you want to merely watch some brutal 1v1s and don’t fancy stepping in the arena yourself, you can also spectate from the sidelines. Similarly to Call of Duty Warzone’s gulag, you can look over the action as it plays out, and you can even cause confusion by throwing apples into the arena.

As well as the new 1v1 arena, PUBG update 17.2 comes with some balancing changes to the MK12 and the Mini 14, plus reworks for the Spotter Scope and the Mortar.

A nice quality of life change sees those in the driver’s seat of vehicles being able to use some consumables while at the wheel. These include boost items like Energy Drinks and healing items like bandages. While not everything can be used, it does make being the designated driver for your PUBG squad a little less frustrating.

Oh, and the most important addition of them all: giant ducks. Yep, there’s massive rubber ducks wearing military-style helmets floating around in a lake on Sanhok. It’s part of some brand partnership, alright?

There are plenty more tweaks and additions coming in PUBG update 17.2, and you can find the full patch notes here. The update goes live on May 11 for PC and May 19 for consoles.