PlayerUnknown’s Battlegrounds is one of the best battle royale games out there. Despite being released in 2016, PUBG is still an exciting game that breeds competitiveness among its players. The long-anticipated addition of a proper ranked mode to PUBG increased that competitiveness as more players than ever before attempt to secure a tasty chicken dinner and climb the ranks.

The ranked mode, which replaced the old Survival Title system, gives PUBG the competitive edge it needs to bring it in line with other online games. While it doesn’t have splits like Apex Legends ranked, it does have new content and rulesets tailored to each and every season.

So if you’re looking to master the battlefield and win yourself some chicken dinners in Season 16, then you’re going to need to know your stuff. Here’s everything we know about PUBG ranked, including the different ranks and tiers, RP, rulesets, rank decay, and more.

What are the PUBG ranks?

PUBG has six ranking tiers starting with Bronze and ending with Master. Each tier has five divisions within them, with 5 being the lowest and 1 the highest. This means there are 30 ranks in total if you exclude unranked from the list.

Over the course of ranked seasons, which last two months, players have the chance to grind their way up the ranking system before it is reset. As of Season 11, PUBG ranked seasons no longer coincide with survivor passes.

How does the PUBG ranking system work?

To begin your PUBG ranked journey, you’ll need to complete five placement matches against players of different ranks. Once you’ve completed these matches, you’ll be given your first rank based on your performance.

Your rank will be measured on the amount of kills and assists you get per game, as well as your placement. Ranks will increase or decrease depending on your performance after each match you play.

In Season 9, PUBG Corp altered the ranking system slightly. The above still counts, but you’ll also get addition RP for elimination someone who ranked higher than five divisions or more above you. The higher ranked they are, the more RP you’ll gain, so if you want to rank up faster, this is the way to go.

Leaver penalties have also recently been reworked. Penalties for leaving a game in ranked will be waived if the player queued for squads requesting that matchmaking find them teammates and the plane takes off without a complete team and a member of player’s premade team hasn’t left the match before the plane leaves.

If a player meets these requirements, the penalty if waived and the match is deemed to be competitively invalid. That means no stats will be recorded for that game, TP won’t be changed, and no matchmaking penalties are incurred. 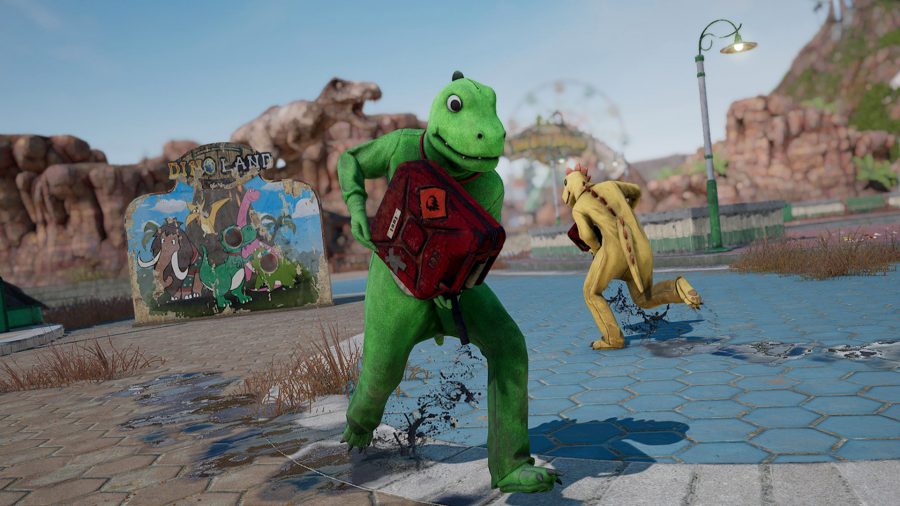 DOES RANKED PUBG HAVE A DIFFERENT RULESET?

Yes, ranked PUBG has a completely different ruleset to regular games. Ranked uses a variant of the SUPER settings that PUBG esports uses, so 64 players will be queued together for a match on Erangel, Miramar, Vikendi, or Sanhok. Loot will also be better to make games more competitive, and the blue zones will move faster than normal.

Red zones and BRDM-2’s have been removed for ranked play.

What maps can I play ranked PUBG on?

Currently ranked is only available on Erangel, Miramar, and Taego.

Where you are in the world depends on what mode you’ll be able to play though.

DOES PUBG’S RANKED MODE HAVE BOTS?

No, PUBG’s ranked mode does not have bots. While bots have been added to the game, these can only be found in regular matches.

why can’t i queue with my friends in pubg ranked?

If you’re struggling to find a game as a premade in PUBG, then chances are your ranks are too far apart. Ranked rules stipulate that players must not be ranked more than 10 divisions away from each other.

You’ll also need to have a minimum Survival Mastery level of 40 to play ranked. This was upped from level 20 in Season 8.

WHY HAVE I LOST MY PUBG RANK?

Rank decay is a real thing in PUBG. If you were ranked diamond or above in the game and you’ve not played a single game for a week or more, your rank will decay over time. Rank decay will not affect players below that rank, though.

Plus, ranks will be reset in between seasons. So if you last played in Season 8, then you’ll need to play five matches to re-calibrate your rank. It’s worth saying though that your RP has only been soft reset, so your rank in the previous season will influence your new rank.

How does the PUBG reputation system affect ranked?

In patch 10.2, PUBG Corp announced it was introducing a reputation system to the game, which would give a player a rating between 0-5 depending on their behaviour inside regular and ranked matches. Players who exhibit toxic behaviour, such as being abusive or obstructive, will lose reputation.

While reputation does not affect ranked matchmaking, it will affect players using the Team Finder feature, since reputation levels are publicly displayed for all to see.

What are the PUBG Season 15 rewards?

For Season 12, players will be working towards a mix of ranked emblems, parachute skins, and nameplates. The Season 12 rewards are as follows:

That’s everything you need to know about PUBG ranks for this season. We’ll continue to update this guide with new information as soon as we get it.