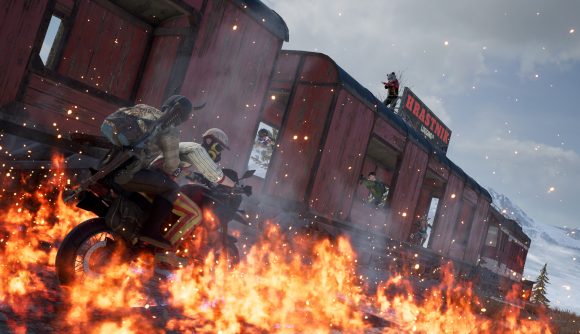 New players jumping into PlayerUnknown’s Battlegrounds are having a tough time, according to the game’s latest play data, so in order to help them hone their skills, PUBG Corp is adding bots in the next update. The bots will be aware of environmental hazards, have loot targets, and understand the physics behind bullet drop.

If you’re a veteran player, you don’t have anything to worry about, though. The bots are being added to the game in update 7.1 to give newcomers some shooting practice and experience. Only those with low MMR in game will come across bots, and the game’s upcoming ranked system, which is due next month, will not feature them.

“As happens with many games, we’ve seen the general skill level of our players grow significantly over the last 3 years,” Joon H. Choi, lead project manager at PUBG Corp says in the dev letter. “While PUBG veterans continue to hone their skills and improve, we’re seeing more often that many newer players are being eliminated early with no kills – and oftentimes with no damage dealt.

“In an effort to provide more ways for players to hone their skills and be able to fully enjoy what PUBG has to offer, we’ve decided to introduce bots.”

The bots have been programmed around three things: movement, shooting, and looting. The bots have been programmed to understand the terrain of each of PUBG’s maps so they don’t throw themselves off cliffs or jump from a high building. The bots will also take bullet drop into account before shooting, so players will be able to evade attack if engaged by one. Their accuracy has also been tinkered with so they fire like an ordinary player.

Console Players: With Update 7.1 we will be introducing Bots to public matches.

Read the full details and our intentions behind this addition in our latest Dev Letter:https://t.co/DVUfSaazhF

For loot, PUBG Corp analysed play data to see what players generally loot and what items players usually carry into certain phases of the game. Based on this information, you’re more likely to see a bot rush the first circle with an SMG in hand, rather than a fully decked out Kar-98.

Of course, this is just the first iteration of bots in PUBG. While the news hasn’t been taken well by the community so far, PUBG Corp says it won’t have that much of an effect on the majority of core players. Plus, it’ll be implementing machine learning to make its bots smarter and more human-like as time goes on.

This is the second dev letter we’ve had this week from PUBG Corp. In the first one, PUBG’s executive producer apologised for the lack of communication over the last few months, and laid out the company’s  new anti-cheat plans.