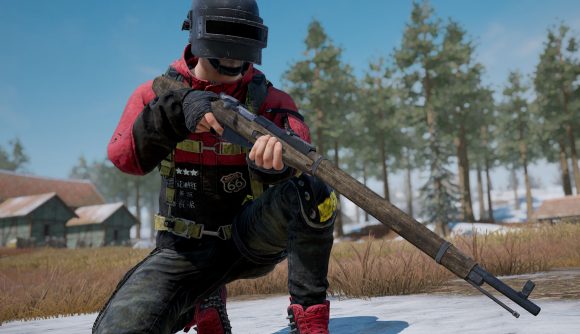 The executive producer of PlayerUnknown’s Battlegrounds has apologised for the lack of communication in recent months and promised to step up efforts in tackling cheating and performance issues in the popular battle royale. The dev letter comes more than a year after the last anti-cheat update in which the company detailed more technical measures and threatened legal action against cheaters.

However, PUBG Corp has admitted it’s not done enough. After realising that cheaters had adapted to the company’s anti-cheat efforts, the company stopped communicating to keep the cheaters guessing what its next move would be. That, however, resulted in the community feeling let down by the lack of communication – something Taeseok Jang wants to apologise for.

“Last year was also a year of growth and change for our teams. To say that we suffered from growing pains would be an understatement, and most unfortunate of all is that during the massive expansions of our teams, we failed to communicate properly with you all, giving the unfortunate illusions that we weren’t listening or did not care,” the PUBG’s executive producer says in his latest dev letter.

“It’s this that I’m most sorry for, as one of the reasons PUBG was able to grow as much as it has was the love and passion of our community. That dedication has carried us through three years of service and I’d like to reaffirm to you all today that we will focus on the issues that are most important to you and continue to improve the game for years to come.”

There’s a lot you want to know about our plans for this year.

In part one of this community letter from Executive Producer TS Jang, we talk about our plans to improve anti-cheat, performance, and stability.

Now to tackle cheating in PUBG, the devs are enforcing a number of measures. Two-factor authentification will be required for players wanting to play ranked and the code for gameplay features will be improved, so that hackers flying around in cars or using speed hacks can be detected and banned live in-game. Improvements will also be made to hardware bans to stop players circumventing them.

Reports are also going to be taken more seriously. Currently all reported players who have “direct evidence of cheating” will be given a temporary 24 hour ban, which can be extended following an investigation. The majority of these temporary bans are converted to a permanent ban according to the dev letter, but Jang notes that moderation team has been overly cautious in the past. The team will now be stricter as a result. Players who are flagged that already have a ban on their record will be monitored and those with multiple bans on their record will have a longer temporary ban, so that management teams have longer to investigate.

This does however mean PUBG Corp needs to update its existing policies, something that won’t come into place until June 2020.

Jang also notes that complaints about the game’s performance and stability “has been heard loud and clear and is completely justified.” Apparently some of these problems have been linked to DDoS attacks, which began ramping up again in February.

While PUBG Corp is working on a number of fixes to make the game as stable as possible, it is also working on its communication. Expect lots more of these dev letters in the next few months, as PUBG Corp tries to reassure its playerbase and bring back disillusioned fans.