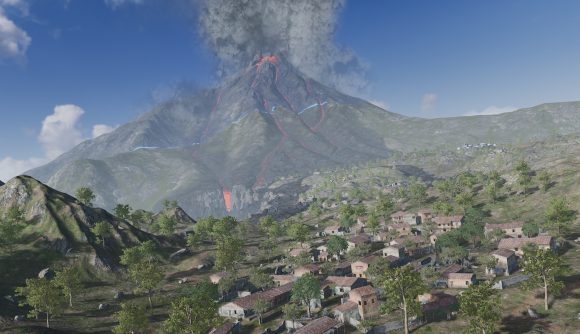 It’s never good to stay in one location for long periods of time in PlayerUnknown’s Battlegrounds, but if you do in Season 9 – you’ll certainly feel it. That’s because the game is getting a new battleground to fight over and it’s set around a super active volcano.

Paramo is PUBG’s first dynamic map making each and every trip there unique. According to the patch notes, locations will change between matches, forcing players to think on their feet and plan their strategy only when the helicopter doors are opened.

Unlike the rest of PUBG’s maps though, Paramo is a seasonal match exclusive for Season 9 only. This means it’ll be played in a separate TPP Squads playlist without bots or ranks for the duration of Season 9 only. Games on the 3x3km map won’t count towards your stats, but they will count towards Season 9 missions.

It’s also in a separate playlist because Paramo plays a bit differently to some of the other maps out there. The map has no red zones and while the blue zone shrinks slowly, it deals more damage compared to the other maps – even in the early stages of the map. Basically, when you drop in, you’re going to want to keep moving and stay away from both the lava streams and the blue zone.

New item boxes, cargo drops, and care packages are also exclusive to Paramo, allowing players to loot up quickly and efficiently. While good gear is at the top of everyone’s priority list, you’re going to want to keep an eye out for the Critical Response Kit, which revives a downed squaddie in a single second, and the Secret Room Key, which unlocks a hidden room somewhere on the map.

If all of that isn’t enough, Season 9, which is slated to arrive on October 21 on Steam and October 29 for console, will come with a new PUBG ranked season and a new survivor pass. It’ll also be the first time the competitively minded can give PUBG ranked solos a go too, so it’s all very exciting.

The map and a few weapon changes are available to test on PC now, but as ever, console players will have to wait a few weeks before they’re able to explore Paramo.