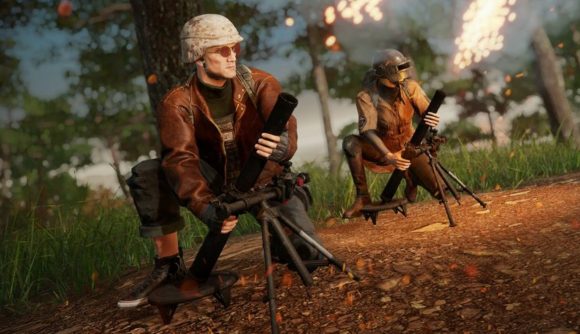 A new PUBG: Battlegrounds patch has just dropped, and hidden within the patch notes for PC update 14.2 are a few little snippets about the future of the game – and unfortunately, it’s not good news for long-term players.

While players can look forward to a firing mortars or trying out the M79 smoke grenade launcher, a new and improved PUBG ranked mode, or even getting to grips with the new down-but-not-out swimming feature, they won’t be looking forward to Kiki – the upcoming map – or Survivor Pass content, as both have been delayed for some time.

That’s because Krafton’s development team have been pulled to work on “another big project”. It’s unclear what the project is, but the map rotation plan blog states that is not another game (scrap PUBG 2, then) but it’s a “major change of plans” that will be communicated in the next couple of months. Whatever it is, though, has had a severe impact on PUBG’s roadmap.

Kiki, which will be the game’s fourth 8×8 map, has been delayed from December to mid-2022, and Survivor Passes will not be added to the game until March 2022.

The delay to Kiki is certainly a blow for the game and the community, but the decision to halt the production of Survivor Passes is just as strange – especially since they offer players a real chance of grinding out wins for new skins and cosmetics.

We’ll have to wait and see what the big project is and what affect it’ll have on the game come the new year.