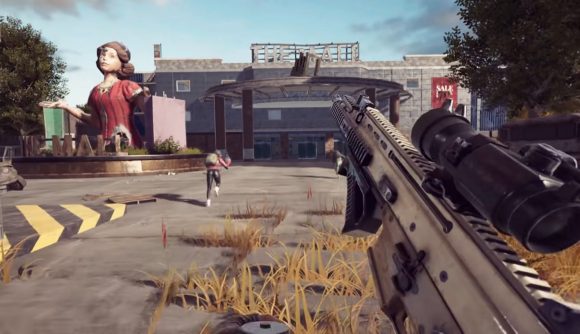 A spokesperson for PUBG Corporation has confirmed to The Loadout that PUBG: New State is the official title for the project formerly known as XTRM. Last year dataminer PlayerIGN found 15 job listings for a “new PUBG IP project” in South Korea, referred to as XTRM.

Speculation was rife, as the job specifications asked for applicants with experience using Unreal Engine 4 as well as people who had worked on third and first-person shooters and online multiplayer games in the past.

PUBG: New State is a new mobile iteration of the popular battle royale game, and is being developed by PUBG Studio and Krafton Inc. The game looks like it will add futuristic vibes to the online game and promises to “expand the lore” when it releases for Apple and Android later this year. The trailer confirms that PUBG: New State will allow players to explore a brand new map and “enjoy next generation survival features that evolve the battlegrounds.”

As of yet, it is unclear exactly how PUBG: New State will revolutionise the battle royale genre, but it looks exciting nonetheless. It appears the new map – or at the very least a POI – is called Troi, and the game is set 30 years in the future, in 2051.

The most explosive and interesting elements of the trailer are futuristic optics, deployable cover, pilotable drones, and fresh new vehicles. As opposed to Erangel’s beat-up buggies and 4x4s that have seen better days, New State shows off supercars and neon motorcycles straight out of Tron.

Deadly red zones seem to be returning, albeit this time around they’ll be tearing chunks out of an entirely new map, complete with hologram advertisements in suburban areas and a mall that will undoubtedly be the epicentre of countless fights.