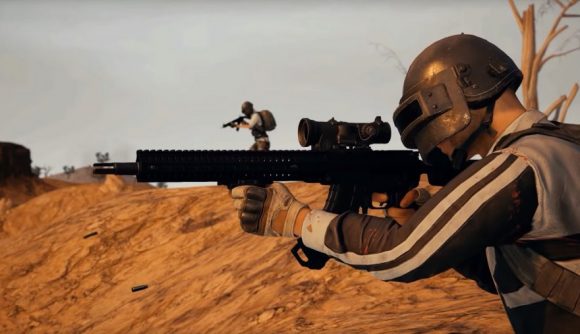 If you’ve been anywhere near a PlayerUnknown’s Battlegrounds subreddit recently, you’ll have probably seen the letters XTRM bounded about. That’s because PUBG Korea is hiring 15 games developers and designers to work on a “new PUBG IP project.”

Prolific dataminer PlayerIGN, who regularly posts short videos on upcoming features to the game, stumbled across the job listings in Seoul last week, and while we’re not sure what exactly this project is, PUBG Corp wants people with experience in Unreal Engine 4 and have experience in working with third and first-person shooters, as well as online multiplayers.

Given that Brendan Greene is working on Prologue in Amsterdam and Glen Schofield is working on Striking Distance in California, it looks highly likely that XTRM is a separate project altogether, and there are rumours that it could be a PUBG reboot, a new mode for PUBG, or a new game.

However, one PUBG employee says the future of the project has not yet been decided, even though the studio is hiring an entire team to work on it.

“XTRM is a new project that is being developed internally,” an administrator tells Inven, according to a translation from PlayerIGN’s Discord server. “There is no further disclosure yet, including who the director is. Regarding whether XTRM will appear as a new content or as a separate game within PUBG nothing has been decided on whether or not it will be used.”

It’s entirely possible that the project could be scrapped in the coming months, but given PUBG Korea is prepared to invest in an entire development team, the project – at least for now – appears to be a priority.

A spokesman for PUBG Corp confirmed the existence of the project when we approached them for comment. “XTRM is a new project from PUBG Corporation,” a company spokesman says. “No further details can be shared at this point.”