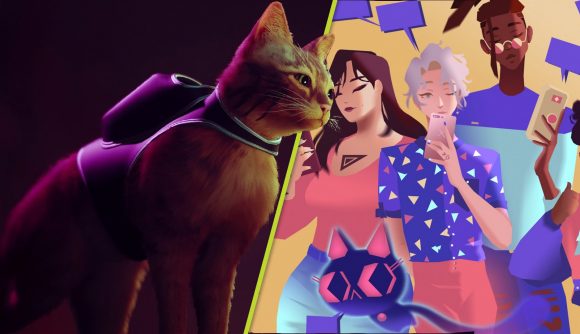 Since the very early days of the PlayStation 5, eager gamers have been waiting patiently for more news about Stray, the adorable puzzle game where you play as a cat navigating a sci-fi dystopian world. Now, thanks to an update from PlayStation on Twitter, we now know we don’t have much longer to wait.

While Stray was recently rated in Korea, suggesting a release date that was closing in, it has now been confirmed we can expect the game this summer. The game was first announced in PlayStation’s Future of Gaming event back in June 2020, so players have been waiting quite a while to get their hands on the kitty adventure. The release date for Stray was delivered alongside dates for other hotly-anticipated PS5 indie titles We Are OFK and Cult of the Lamb.

We Are OFK was similarly confirmed for a summer 2022 release, while Cult of the Lamb enthusiasts will have to wait until fall 2022 to get their hands on the occult lamb-leading-other-things-to-slaughter simulator. We Are OFK was announced during a PlayStation State of Play back in October last year, while Cult of the Lamb made its first appearance in last month’s Nintendo Direct

The roster of games joins a series of anticipated indie titles coming to the PS5, including tinyBuild’s Hello Neighbour 2, Tribute and Dotemu’s Teenage Mutant Ninja Turtles: Shredder’s Revenge, and Night School Studio’s Oxenfree II: Lost Signals. All three games are expected to release in 2022 as well, which should build a strong indie roster of games for Sony’s latest console.

These are just three of the can't-miss indies coming soon to PlayStation. Discover more at https://t.co/u40zhqkUoy pic.twitter.com/fkYbz7MoRl

Stray is the debut title from BlueTwelve Studio, a team from the south of France that is described as “mostly made of cats and a handful of humans.” The game will be published by Annapurna Interactive, a division of Annapurna Pictures, which has published a number of hit indie games in recent years including What Remains of Edith Finch, Twelve Minutes, and last year’s Solar Ash, which was also originally teased for the PS5 alongside Stray.