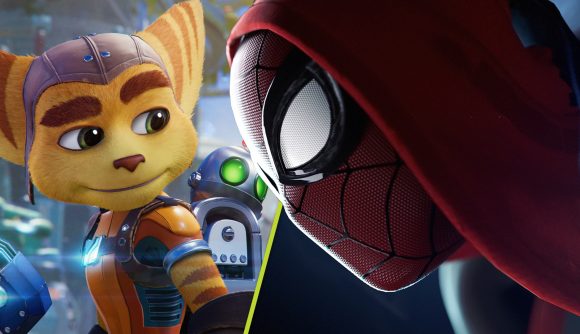 On the same day Sony announced that the PlayStation 5 would receive Variable Refresh Rate (VRR) support via a console update later this week, Insomniac Games uploaded a series of patches to all of its PS5 games, ensuring immediate VRR support for the console before the console itself is ready for it.

This means that for owners of Marvel’s Spider-Man Remastered, Marvel’s Spider-Man: Miles Morales, and Ratchet & Clank: Rift Apart, you will be able to dynamically sync the refresh rate of your game, creating a smoother visual performance with less artifacting or screen tearing – so long as you have a HDMI 2.1 VRR-compatible television or monitor.

The news was first reported by Push Square, and comes as a pleasant non-surprise to any followers of Insomniac’s work. The developer has maintained a solid track record for releasing remarkably polished and stable games with little mention of crunch over its long history – quite a feat in a AAA game development landscape dominated by crunch scandals, even at other studios within the PlayStation Studios banner, and especially from a company that bears the tongue-in-cheek name among fans of ‘the studio that never sleeps’.

Sony also announced a number of titles in the coming weeks that will be receiving patches to enable VRR support in a blog post. Other games from PlayStation Studios set to get an update include Astro’s Playroom, the pre-installed tech demo game from Team Asobi, as well as Destiny 2, from the latest high-profile acquisition for Sony, Bungie.

Outside of Sony’s roster, VRR patches have been confirmed for Capcom’s Resident Evil: Village, Activision Blizzard’s Call of Duty: Vanguard, and the heavily-rumoured PS Plus May 2022 free game Tribes of Midgard from developer Norsfell. Once the patch for any of these games has been installed, PS5 users simply have to go to the ‘screen and video’ section of their PS5 system settings and turn the VRR feature on.

Sony will also be including the option to apply VRR to PS5 games even if the game doesn’t officially support the feature. This means for some games in your library, it might already be possible to improve the video quality – and if not, it might just be a matter of time before that patch comes in and clears up your viewing experience.