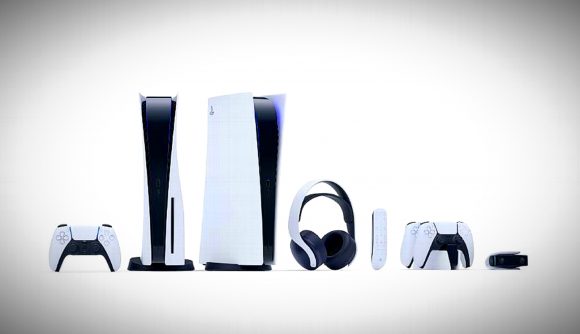 Yesterday’s PS5 Showcase stream attracted an enormous audience as gamers waited in anticipation for information on more next-gen games and the price of Sony’s new console.

According to Esports Charts Pro, the hour-long stream achieved a peak viewership of just over 4.5 million across all platforms – that’s more than the population of Croatia. While 4.5 million excited gamers aren’t to be sniffed at, the PS5 Showcase fell short of the record-breaking reveal stream, which pulled in over seven million viewers. A deeper dive into the stats show that YouTube was the platform that the majority of the audience used to tune in (2.8 million), with around a million more people watching there than on Twitch. Meanwhile Facebook Gaming hosted a massive, enormous, colossal… 18,000 viewers for the PS5 Showcase.

The Showcase revealed a bunch of new games that are coming to the PS5, including an RPG in the Harry Potter universe called Hogwarts Legacy and a teaser for a new God of War title. There was also the announcement of PS Plus Collections, a library of popular current-gen titles available to PS Plus members to download for free on the PS5.

However, most were tuning in to learn the all important price of the PS5 after Microsoft revealed how much its two next-gen consoles, the Xbox Series X and Series S, would cost over the course of the last few weeks – and they weren’t disappointed.

Bloodborne, God of War, Persona 5, and many more generation-defining PS4 games will be available to PS5 owners with PS Plus subscriptions. PS Plus Collection details: https://t.co/dMivI3BtEX pic.twitter.com/sADvurZq7Q

With the affordable price revealed, pre-orders for the PS5 have been cleaned out at multiple retailers.

Pre-orders for the rival Xbox consoles will begin on September 22.