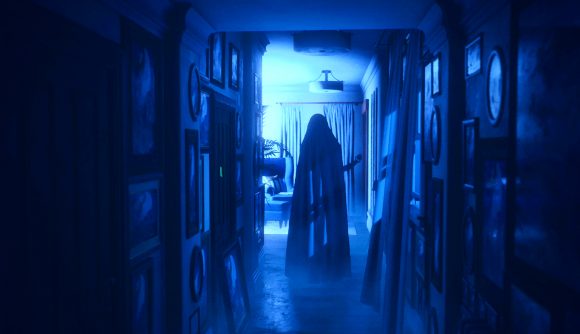 Fans of the horror genre may be rolling their eyes or jumping up and down with joy as yet another horror game shown at Summer Game Fest appears to be heavily inspired by PT. Since PT failed to become Silent Hills, smaller game studios have taken it upon themselves to try and bring the vibe and horror of it to their own games – usually with terrible outcomes. So shall Luto be nothing more than another PT-inspired horror game, or will it be able to cement itself as something more?

Over at the Future Games Show, players were greeted with a trailer that could have easily been mistaken as an announcement that PT was going to be reintroduced onto consoles. But alas, that was not the case. Instead, we were treated to dilapidated buildings, rusty chains, strange mountain formations, and boarded-up doorways.

At first glance, Luto looks like a PT clone, but with only one trailer so far, we’re trying not to pass judgement just yet. Hopefully, Broken Bird has some tricks up its sleeve to help diversify the game and not be known as another PT rip-off.

Luto’s premise is simple; you embody a man who is unable to exit his own house. Your goal is to find a way to leave, but this will lead you through a series of paths that will push you to your limits.

One thing that does look positive and will help Luto stand out, is the fact you will get to explore some areas that aren’t just the same corridors over and over again. Mysterious structures that are littered with rubble and mouldy couches appear to be an element of the game. This will hopefully help break up the dreary wallpaper of the corridors as you search for an exit and get back to your less paranormal life.

From the trailer, we can also see that the main antagonist of this game appears to be a bed sheet of some form. Hopefully, there is more than meets the eye when it comes to this ghostly entity and we will be in store for some truly horrific jump scares.

Luto is coming to consoles and PC later this year.