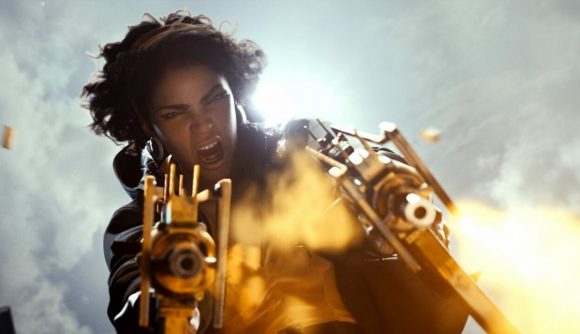 Arkane Studios today announced that PlayStation 5 exclusive Deathloop has been delayed to September 14, 2021. Arkane Lyon’s mind-bending, time-looping, stylish shooter is one of the most anticipated PS5 games, and hot on everyone’s wishlist this year. However, fans will have to wait a little longer than expected.

Deathloop’s game director Dinga Bakaba and art director Sebastien Mitton announced the delay in a statement posted to Twitter. They say, on behalf of the Arkane Lyon team: “We’re committed to quality and preserving our team’s ambitions for Deathloop while ensuring the health and safety of everyone at Arkane.

“We’ll be using this extra time to accomplish our goal: create a fun, stylish, and mind-bending player experience.” The studio apologised to fans for the delay, but if it means that staff won’t have to crunch and we’ll get a more polished game on release, then we’re sure people won’t mind too much.

The FPS game looks incredibly stylish, but players will need the substance as well – a shooter with poor gunplay won’t be any fun at all. With the effects of the coronavirus pandemic probably hitting the development, Arkane is ensuring that Deathloop will be the game they want when it releases in September. “We have a strong vision for Deathloop,” says Bakaba, “and we don’t want to compromise on that.”

In the meantime, maybe it’s time to load up your next-gen consoles to check out the best PS Plus games to tide you over until September?