As 2021 comes to an end, we are closing out a stellar year for the PS5. With big PlayStation Studios games, a killer line-up of exclusives like Deathloop, and some great PS Plus and PS Now additions, Sony has shown that it is still a force to be reckoned with after the success of the PS4.

The real standout of the year, however, is just how much PS Plus stepped up a gear as a service in the face of Xbox’s gargantuan and ever-growing lineup of games on Xbox Game Pass. Constantly offering up new games and day one releases, Sony had some of the best monthly PS Plus games we have seen since the service launched in 2010.

And now that the December 2021 PS Plus games have been revealed, I thought it would be interesting to look back at the entire year and rank each month’s PS Plus offerings from worst to best.

How strong is March’s Final Fantasy VII Remake buff? Was August really the worst month of the year? And did offering more than three games help boost a month’s rank? Let’s find out! 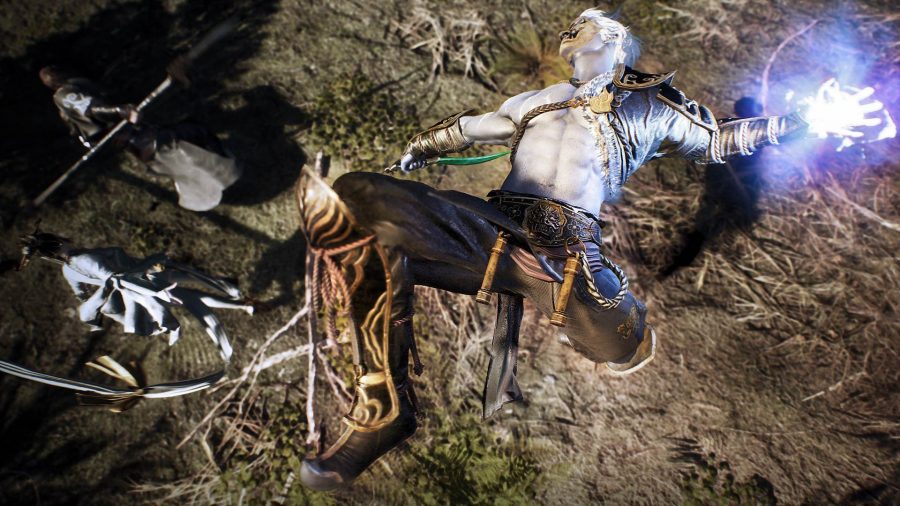 Without a shadow of a doubt the least interesting and most underwhelming month for PS Plus this year came just as the summer season ended, signalling the dark, cold winter days ahead.

Headlined by Hunter’s Arena Legends, which came to PS5 and PS4 after its poor PC debut, this PvPvE battle royale didn’t do much to generate any tangible excitement. Meanwhile, Tennis World Tour 2 was poorly received by both critics and players when it was released last year.

Plants Vs. Zombies: Battle for Neighborville saves this lineup from being a complete washout. The third entry in the co-op and PvP shooter experience is fun, but ultimately not the multiplayer game I wanted to invest my time into when there were so many better alternatives. 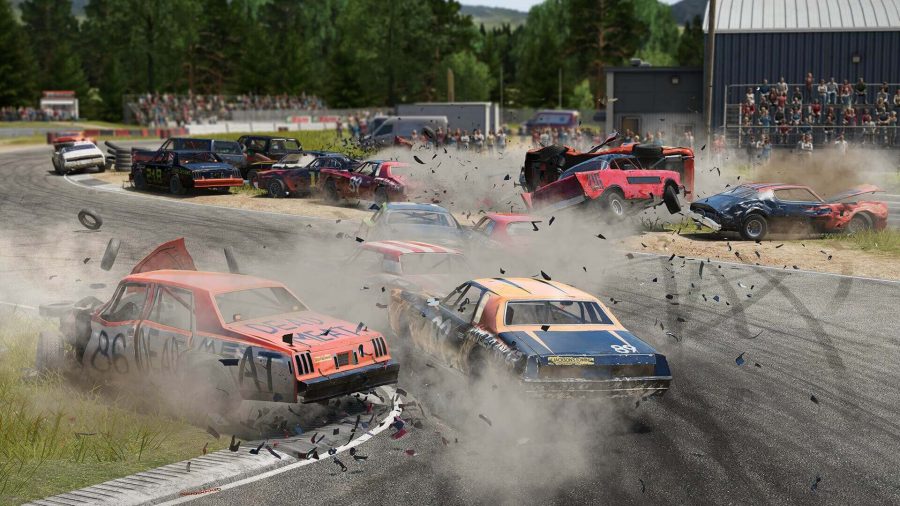 Many of you reading this might not agree with how low I’ve ranked May’s PS Plus lineup, but it didn’t have me rushing to my PS5 in the same way other months have. I am not a huge survival game fan, so Stranded Deep didn’t get more than a glance, and while Battlefield V is a great FPS, in 2021 it was almost three years old and about to be usurped by the announcement of Battlefield 2042.

For PS5 owners, Wreckfest was released an entire month early for PS Plus subscribers, and while it is a top-notch demolition derby game, it still isn’t the calibre of game we saw headline previous months. 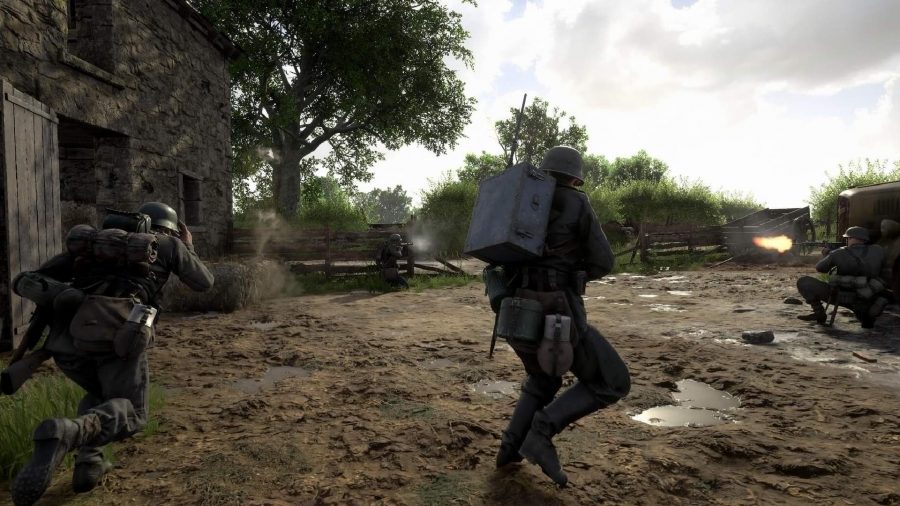 October’s lineup is actually pretty solid and reminiscent of what we saw from PlayStation Plus in 2020 and the years preceding, but compared to some stellar selections Sony offered this year, it looks underwhelming as a result. PGA Tour 2K21 is there for all the golf fans who didn’t buy the game upon release and Mortal Kombat X is a great fighting game, even if Mortal Kombat 11 is still the freshest and most relevant MK game right now.

As for Hell Let Loose, while it has its fans and is a specialised, tactical shooter, it isn’t particularly to my tastes, which is why it is so far down. Its snazzy DualSense features are to be commended though. 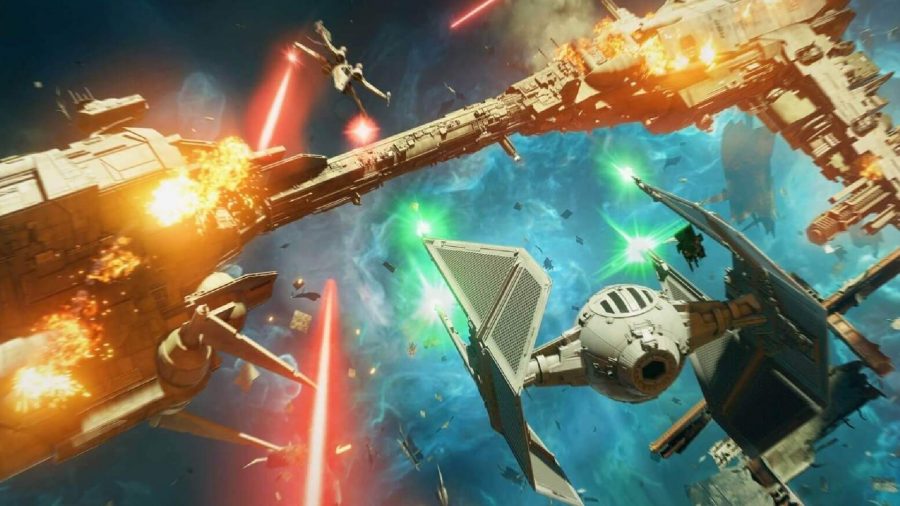 June for the most part was a muted month. Only Star Wars: Squadrons stands out as a title you’d really want to get your hands on, thanks to an enjoyable single-player campaign and thrilling, action-packed multiplayer mode.

As for the other choices, Virtua Fighter was resurrected, but seemed to sink back into its grave as quickly as it rose. I haven’t been able to get around to Operation: Tango yet, but reviews suggest it is solid, but not anything spectacular. 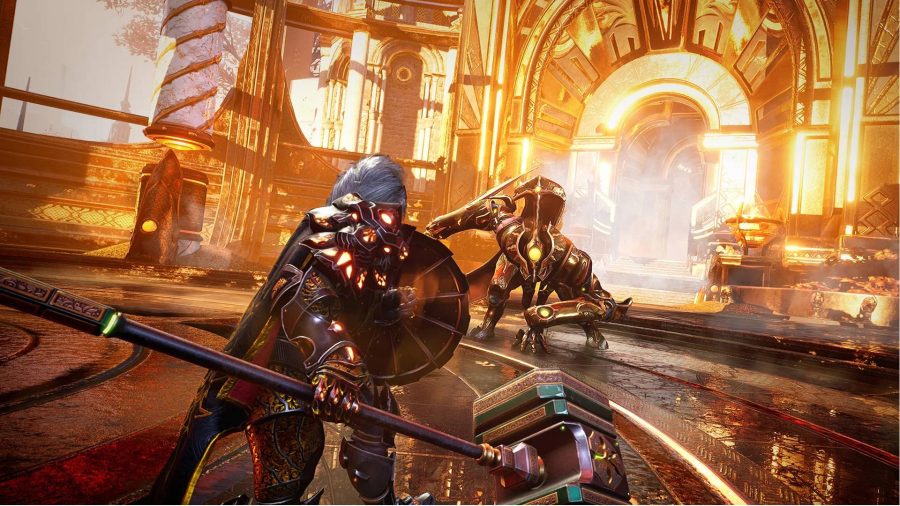 The latest lineup of games is another mixed bag. Godfall: Challenger’s Edition is a frankly bewildering inclusion. While chucking the middling Godfall into PS Plus isn’t the worst decision in the world, this new edition, made just for its addition to the service, includes only a handful of endgame activities. If you want the full game you need to pay for an upgrade, which is surprising on its own, but even more so when the game isn’t particularly great in the first place.

However, the PS4 entries make up for it, with the great souls-like Mortal Shell and one of the more unique and recent LEGO games, LEGO DC Super-Villains, which offers a glimpse into the other side of the DC universe with characters like Deathstroke, Lex Luthor, and of course the Joker. 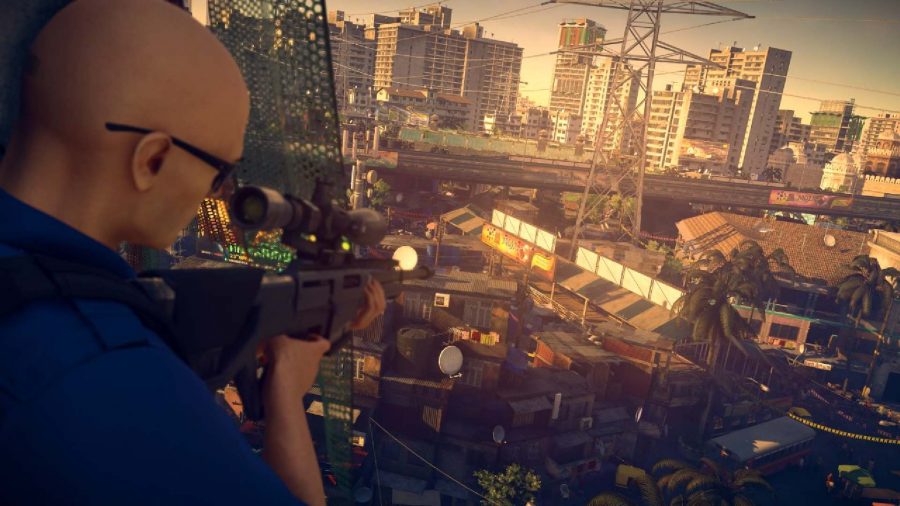 Headlined by the PS5 version of the Overcooked! All You Can Eat, September’s lineup is a good one. Overcooked is always great fun and you get everything from both games here, including some new content as well.

Hitman 2 meanwhile is the middle child of the World of Assassination Trilogy and an excellent stealth-action game with some unique scenarios to experience. Predator: Hunting Grounds is another asymmetrical multiplayer game that has its own small group of fans, but struggles to stand out in an oversaturated market. 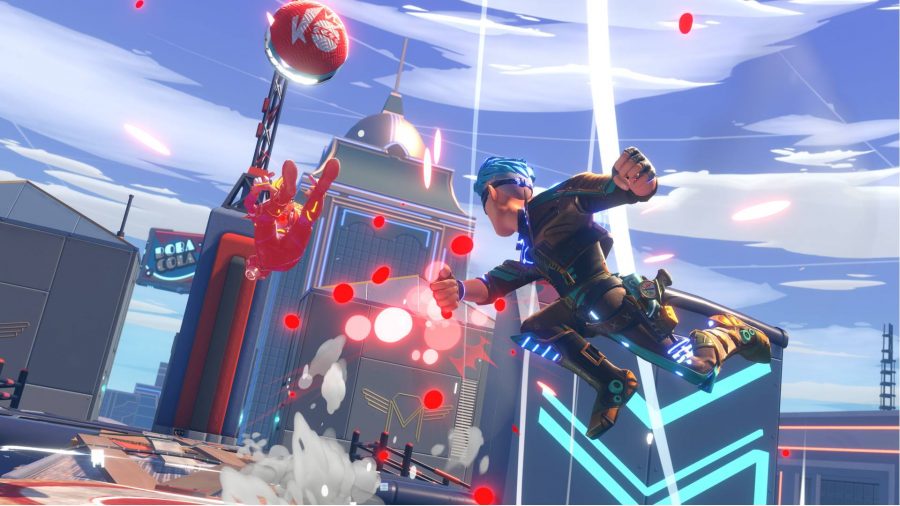 November’s line-up is mostly here because of its PSVR offerings. Both The Walking Dead: Saints & Sinners and The Persistence are excellent VR experiences if you have Sony’s virtual reality headset.

Kingdoms of Amalur: Re-Reckoning brings the cult-classic RPG to modern platforms with a serviceable upgrade and the promise of a new DLC expansion. Knockout City is a frantic and fun multiplayer game that was disappointingly overlooked in 2021, and is great to hop in and out of. It was also added with a shiny new PS5 version to offer better visuals and performance. The other PS5 title, First Class Trouble, is best left forgotten about, but overall this stacked month was full of exciting games. 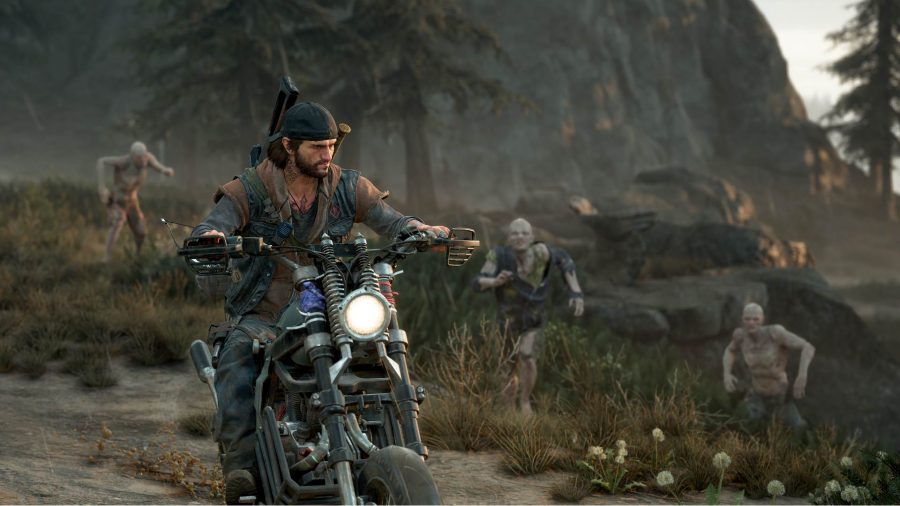 April slightly overtakes January on this list thanks to the inclusion of the excellent Zombie Army 4: Dead War, which offers the Zombies experience Call of Duty Vanguard players wish they were getting this year.

Days Gone isn’t the best PlayStation Studios game in recent years but is a unique open-world take on the zombie genre. Finally, Oddworld: Soulstorm launched into PS Plus and as with most games in the series, it requires an acquired taste, a taste that I don’t have. 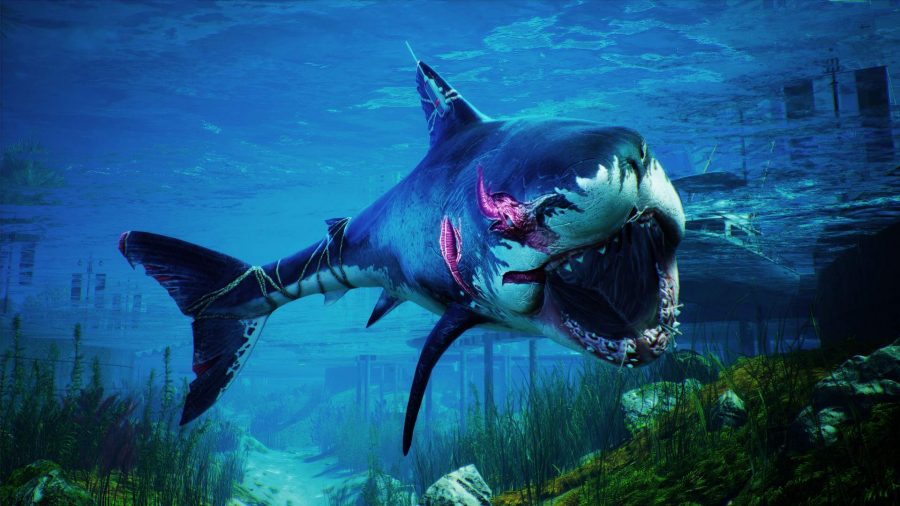 Now, if like me you love a single-player experience, Sony started the year off right, providing PS Plus subscribers with three excellent adventures. Shadow of the Tomb Raider is a very good conclusion to the latest Lara Croft saga, while Maneater is pure fun, letting you feed on flesh and fish in order to become the ruler of the ocean.

While Greedfall has its issues, it shows the ambition and talent at Spiders Studio and offers dozens of hours of classic RPG goodness for you to dive into. 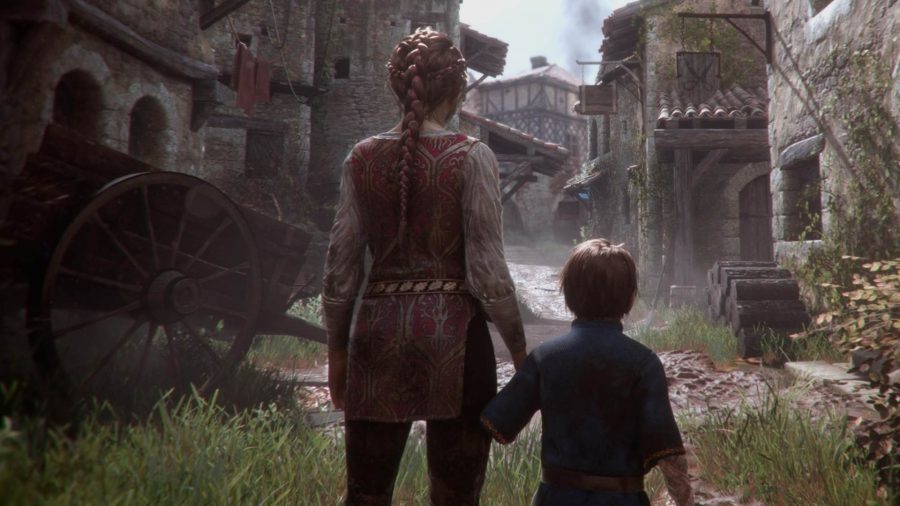 I expect July won’t be at number three for the majority of people. However, A Plague Tale: Innocence offers one of the best videogame narratives of the last decade, with fluid combat and stealth mechanics that build on top of the already great characters and story beats. If you haven’t played it yet, definitely check it out as its sequel, A Plague Tale: Requiem is on the way to PC and new-gen consoles next year with a day one Game Pass launch as well.

Elsewhere in this lineup, Black Ops 4 spoke to me because I was actually quite fond of Treyarch’s multiplayer here – plus the developer is still the king of the Zombies modes. The uninspired WWE 2K Battlegrounds though is definitely the weakest link of July 2021’s list of games, failing to even appeal to most WWE fans. 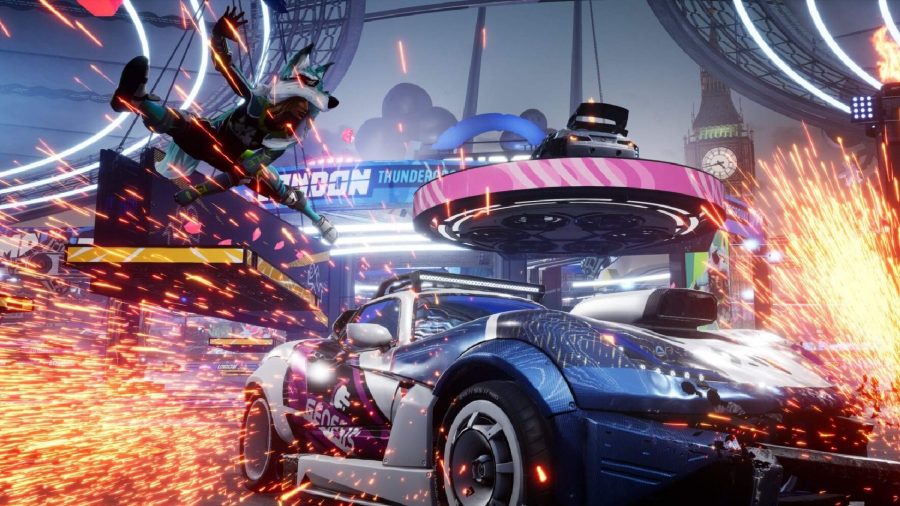 Now, we are getting to the really good stuff. February was a jolt of energy for PS Plus. Two excellent PS4 games, one with a free PS5 upgrade, and a brand new PS5 game. Destruction AllStars was fun for a few fleeting moments, sure, but this line-up is so high up because of the two other titles here.

Control: Ultimate Edition was one of the best PS5 remasters when it launched – and that is still the case today. Packaged with all the DLC and featuring some excellent PS5 enhancements and DualSense functionality, it is one of the most visually striking and fascinating games we saw on PS Plus in 2021.

Concrete Genie is also excellent and comes from the small PlayStation Studios team at PixelOpus, which is currently working on a yet to be announced PS5 title. 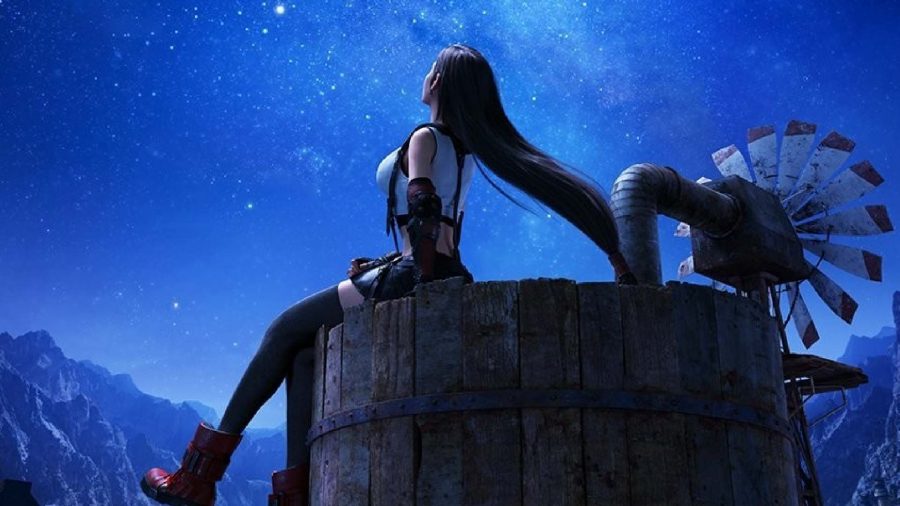 And finally, the best month for PS Plus in 2021 was March. Every game on offer during this month is, at a minimum, great, and at most, excellent. It’s also diverse and offers something for everyone.

Farpoint is a great PSVR shooter that you should definitely pick up if you have the headset, and Maquette is one of Annapurna’s best games with clever puzzles revolving around a recursive world.

Remnant: From The Ashes is an excellent blend of third-person shooting and souls-like action, packed with tons of replayability, customisation, and tough boss fights. It was one of the biggest surprises of 2019 and is just as engaging and fun today as it was at launch.

Finally, the biggest game on PS Plus of the entire year was Final Fantasy VII Remake. It is a game more than a decade in the making after fans pleaded for it to be developed. Ultimately, it delivered, with fast, fluid combat, incredible moments for long-time fans that did the characters justice, and gorgeous environments and visual effects, alongside a fascinating direction for Part 2.

So that is how I think PS Plus’ lineup for the year shook out. We saw some truly excellent months for PS Plus in 2021 and I hope Sony only makes the service stronger in 2022 with more games and more day-one releases. But please, let’s not have a month filled with only multiplayer games, or half a game again like Godfall: Challenger Edition. Please.