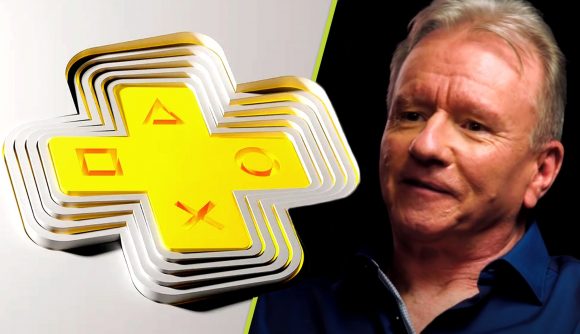 Sony has just revealed its plans to relaunch PS Plus as an expanded, three-tier service that merges PS Plus and PS Now. While there will be plenty of benefits across the three tiers, such as access to a library of PS4 and PS5 titles, and trial periods for upcoming games, one thing that is absent from the PS Plus revamp is day-one releases – something Xbox Game Pass has championed with big titles like Forza Horizon 5 and Halo Infinite.

In an interview with GI.biz, PlayStation CEO Jim Ryan explains why the new PS Plus service won’t be adding new first-party titles immediately at launch, saying that doing so could end the “virtuous cycle” Sony holds with its studios.

“[In terms of] putting our own games into this service, or any of our services, upon their release… as you well know, this is not a road that we’ve gone down in the past. And it’s not a road that we’re going to go down with this new service. We feel if we were to do that with the games that we make at PlayStation Studios, that virtuous cycle will be broken. The level of investment that we need to make in our studios would not be possible, and we think the knock-on effect on the quality of the games that we make would not be something that gamers want.”

Ryan does clarify that this a “short-term” strategy for now based on Sony’s current model and relationships with studios, so there may be scope for day-one releases in the future. What’s clear though is that it won’t be making up part of the service in its early stages.

Despite not having day-one releases, some of Sony’s most popular IPs will still feature heavily in the new PS Plus. Both the Extra and Premium tiers give you access to a library of 400 PS4 and PS5 games, which includes critically-acclaimed first-party titles like Spider-Man: Miles Morales, Returnal, and more.

While it’s clear Sony wants to offer something similar in value to Microsoft’s Game Pass, this lack of day-one releases, as well as the three-tiered subscription model, shows that it is not trying to create a direct competitor.

You can find out more about all the new benefits and pricings of the PS Plus subscription tiers here.